Secretary of State's office says about 1,000 cases of double-voting occurred during summer elections

Looking forward, Secretary Brad Raffensperger says about 50 percent of voters are expected to vote absentee for the November general election. 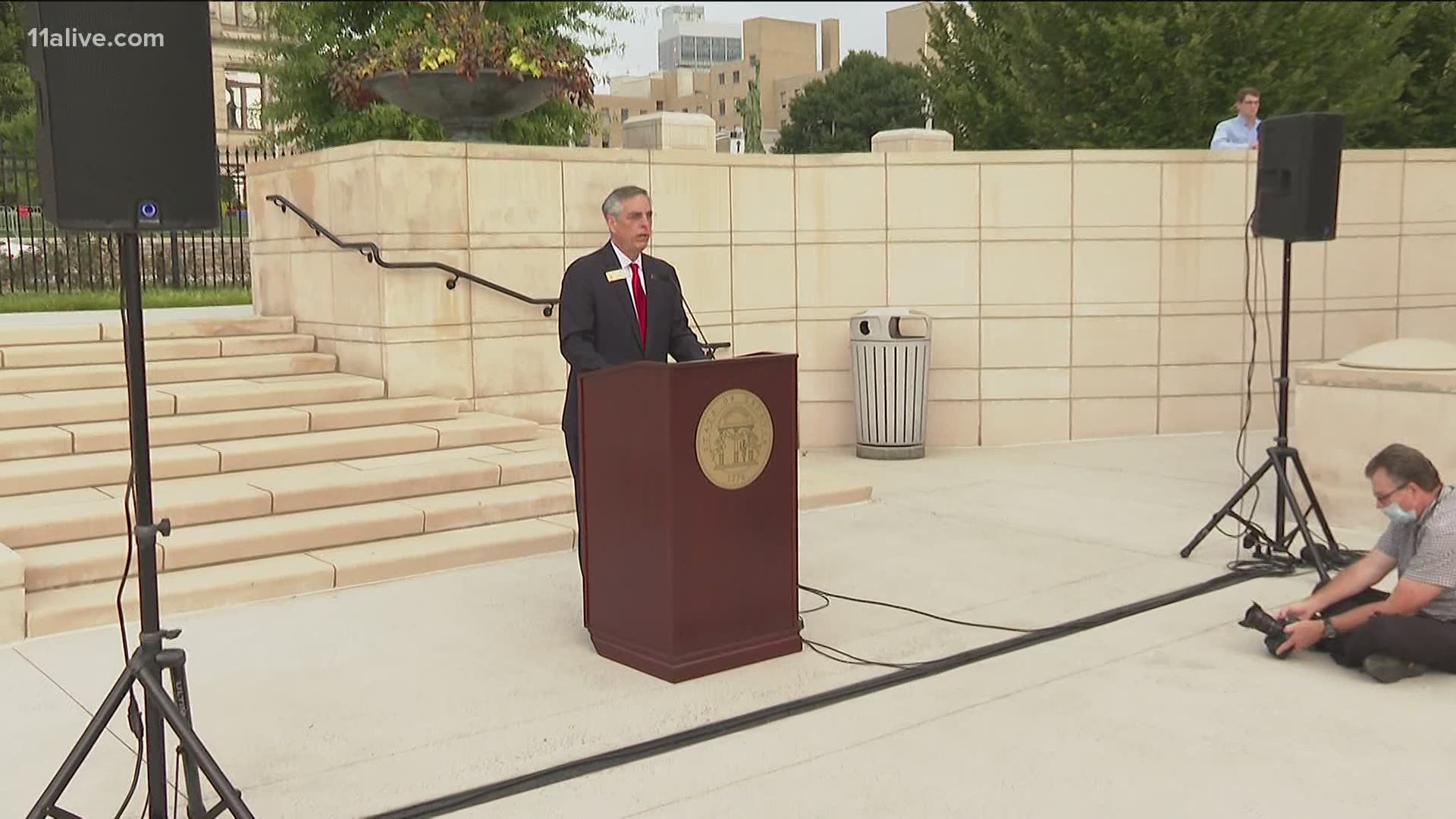 ATLANTA — With November's election 56 days away, in a news conference Tuesday morning, Georgia Secretary of State Brad Raffensperger raised questions about votes cast this past summer during primary and runoff elections.

Raffensperger said the investigative unit of his office is looking into 1,000 possible cases of double voting across approximately 100 counties.

"We originally saw reports out of Long County," Raffensperger said. "We have found some potential double-voting in our state, which is unacceptable."

Raffensperger detailed a Long County voter openly bragging about voting twice and while he said hundreds of others knew they were voting twice, he didn't provide evidence showing their intentions.

"Let me be clear -- it is a felony to double-vote in Georgia, and we prosecute," Raffesnpeger said. "Our office is dedicated to working with counties to ensure that it won't happen in November, or in the future."

He added the double votes that were counted didn't decide any races.

"There are 1,000 people of the 150,000 that actually double voted. Knowing full well that they had filled out an absentee ballot, had mailed it back in and then showed up on the day of election," Raffensperger said.

He blamed voters for gaming the system.

"The voter is responsible for that. The voters knew what they were doing," he mentioned.

The secretary said the "good news" was that his office had discovered over the course of the June Primary election and the August runoff that the state's new voting system works.

But when pressed on how the system could work with safeguards in place, and double votes may have been counted, Raffensperger described the role of election workers and the opportunity for human error.

"During election day it gets to be very hectic and as you're juggling the many balls and the many voters if you don't go back to the system and check it off then that is how that would actually get through and so it wasn't recorded at the precinct level," he said.

In a follow-up question, a reporter asked Raffensperger if that scenario means all or some of the 1,000 voters may not have intended to vote twice.

"Intentionality isn't an excuse under the law," he replied.

Raffensperger said his office's findings will be handed over to the Georgia Attorney General for prosecution.

Counties are currently preparing for record numbers of absentee ballots to be requested and cast for November's election.

"Historically, we have seen perhaps, 5 percent of votes cast by absentee," Raffensperger said on Tuesday. "Now, we are looking at nearly 50 percent. As of today (Tuesday), we are looking at perhaps 900,000 votes that will be cast for the November election and we are still two months away."

Following the press conference, Scott Hogan the executive director of the Democratic Party of Georgia released a statement reading: “Voter fraud continues to be extremely rare in Georgia, and any implication otherwise undermines our elections. It is clear that rather than do his job of promoting the safety and security of our voting process, the Secretary of State is instead pushing the GOP’s voting conspiracy theories and disinformation, as he fights in court to make voting by mail less accessible to voters."

According to a release, the Secretary of State has reportedly taken the steps below to help uphold access to the ballots during the pandemic:

"The Secretary of State is committed to upholding the one person, one vote principle in Georgia," the press release detailed. "The Office of the Secretary of State has numerous tools to ensure that the right to vote is protected and the reliability of the vote remains uncontested."