The group filed a screenshot of a message from the state's elections division director to counties referencing a database error. 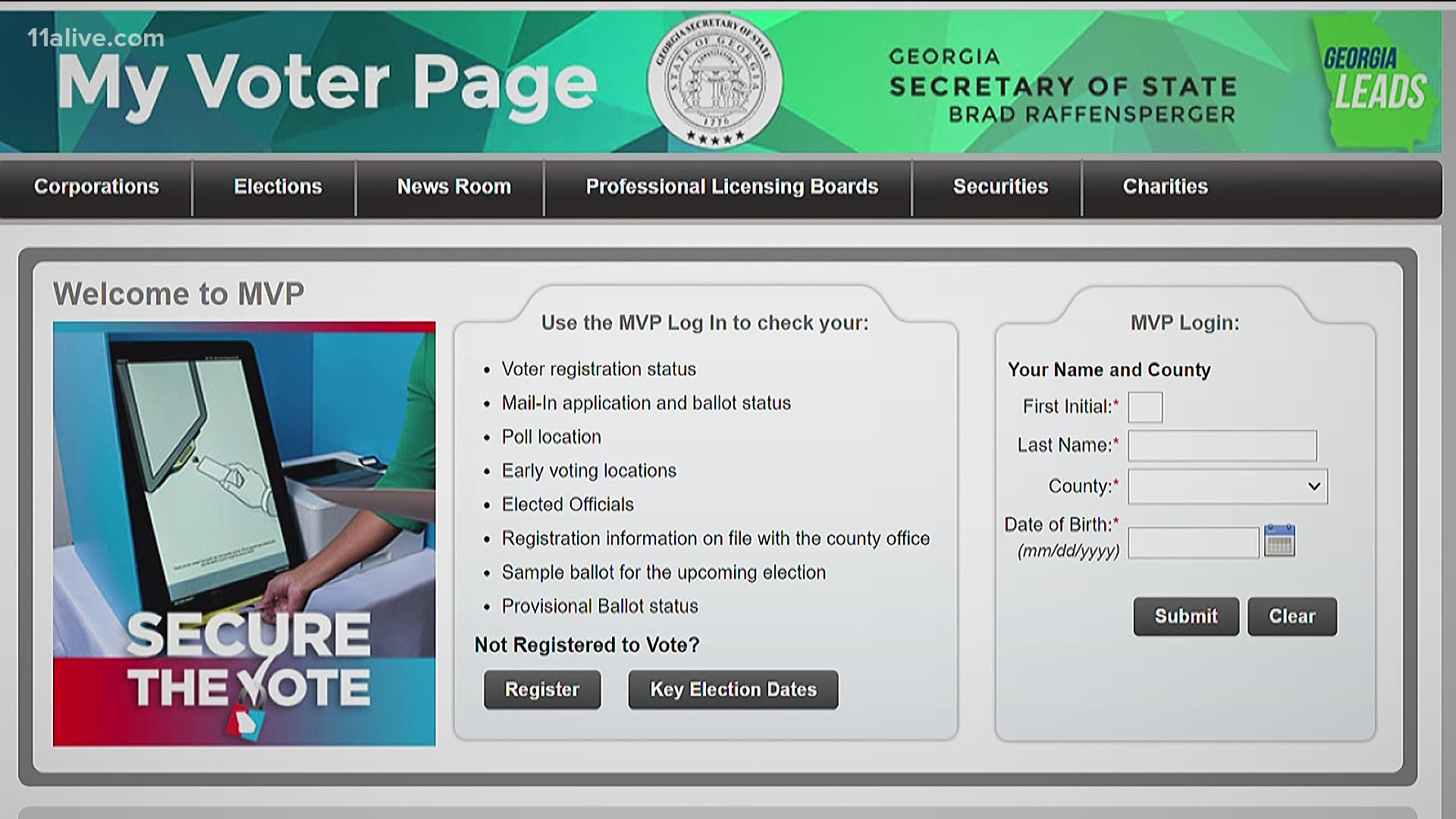 ATLANTA — An elections integrity group filed a court document Friday alleging a serious technical issue in Georgia's preparation for the November vote, after apparently learning of it by way of a message from the Secretary of State's Office to counties.

The document, filed by the Coalition for Good Governance, includes a screenshot of a message from the Secretary of State's Elections Division Director, Chris Harvey, to counties.

That message references an "error in the November database which will require every county to get a new database."

The document is an emergency notice of supplemental evidence, submitted as part of an ongoing suit by the group against Georgia to compel the state to use hand-marked paper ballots in the Nov. 3 general election.

RELATED: 'They had me as being dead' | Voters can spot errors by checking online

Harvey's message indicates the database error will cause a setback with "logic and accuracy testing," a process that, according to a Kennesaw State manual hosted on the U.S. Election Assistance Commission website, "is a collection of pre-election procedures that insure that the voting equipment and ballots to be used in an upcoming election can properly display the ballot, collect votes, and tabulate results."

Harvey, in his message, says the error will "not have an impact on any absentee ballot processing" and that "we will do everything we can to minimize the delay that this will cause."

11Alive has reached out to the Secretary of State's Office for a more thorough explanation of the issue.

We found out that there is an error in the November database which will require every county to get a new database for the November 3, 2020 election.

We are working with Dominion to correct the error and get you new databases as soon as possible, but we don’t want you to waste time doing L&A testing that will have to be redone with a new database.

This will not have an impact on any absentee ballot processing. I am very sorry to have to tell you this.

I know that everyone is working as hard as they can to be prepared.  We will do everything we can to minimize the delay this will cause.

I will give you an update Monday on any ETA for your new database.

The Coalition for Good Governance obtained the message from Cherokee County.

Later that day, a spokesperson for the Secretary of State's Office issued a statement that said, in part:

Due to the large number of candidates in the Senate special election, we decided to use two columns so that they all showed up on one screen. This is an atypical setup, but it would be easier for voters and we did not want candidates who were not on the first screen to cry foul (which they would have). Logic and Accuracy testing discovered an issue where if a user flips back and forth multiple times between the Senate special election and the previous race (which is not typical), the second column would, in rare occasions, not appear. This was discovered as it should have been during L&A testing. Dominion is preparing a fix that will be distributed to all counties so that no voters are affected.

But, in the filing by the Coalition for Good Governance, they include a subpoena issued earlier this week to allow them to inspect the county's elections operations.

The group argues this setback will make it effectively impossible for Georgia to properly test its voting equipment in the remaining weeks before the election.

It notes that on Aug. 26, Harvey said in a court declaration the databases would be built "in the next week." A week later, the state said the databases were "nearly complete."

"Even though the databases were 'nearly complete' on September 4, it was not until today, September 25 ... that the State announced that the Dominion-built databases... were in fact so completely defective that Logic and Accuracy testing would be a waste of time and the databases must now be completely rebuilt," the document states.

Fulton County Elections Director Rick Barron said in a statement that the county was "waiting to receive more information regarding the Secretary of State’s announcement."

"At this time, Fulton County is one of the few counties least impacted by the announcement due to its current preparations for the Tuesday, September 29th Special Election," Barron said. "Due to the upcoming Special Election, Fulton County has not yet begun the Logic and Accuracy (L&A) testing for the November 3, 2020 General Elections. A process in which some other counties have started, now appears to be on hold."

With early voting slated to begin in 11 business days on Oct. 12, the Coalition for Good Governance argues the delay "renders the deployment of (ballot marking devices) impractical, if not impossible, for the November election."

"There will not, at this point, be sufficient time to conduct the Logic and Accuracy testing that is required by statute for a fully deployed Dominion voting system," the court filing adds.

By Georgia law, the tests are required of equipment, "to ascertain that they will correctly count the votes cast for all offices and on all questions." Local elections officials are responsible for the tests, and they have until "on or before the third day" before an election to conduct them.

Earlier this month the state and the Coalition for Good Governance made arguments before a federal judge in the matter of the group's lawsuit for an injunction to force the state to conduct hand-marked voting in November.

The Associated Press reported that U.S. District Judge Amy Totenberg did not say when she would issue a ruling, but "seemed to indicate that she was open to ordering at least some changes."

It's unclear how this latest filing will affect those court proceedings.