Gwinnett County worker was followed on suspicion of moving election computers, which were desk phones

A police report said the worker was followed by a man conducting a Twitter livestream. 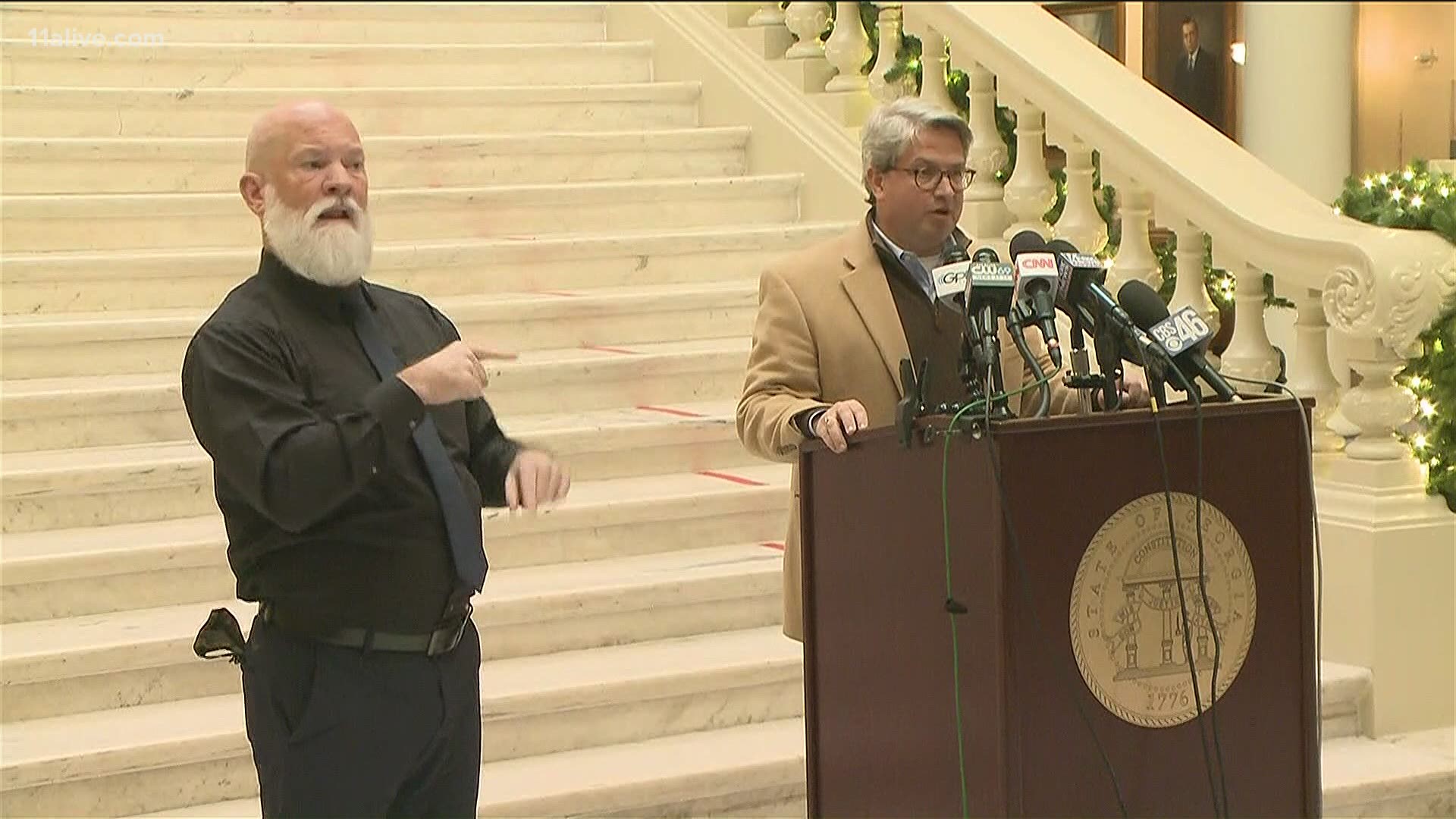 GWINNETT COUNTY, Ga. — A Gwinnett County employee was followed from the county elections office on Tuesday by a man conducting a Twitter livestream, who believed the worker was moving computers in violation of a court order.

The "computers" were desk phones, according to a Lawrenceville Police Department report.

In an episode underscoring the misinformation and conjecture coursing through Georgia's election process, the police report outlines how the Twitter livestream spawned a call to Lawrenceville PD from a man in Oklahoma.

The Oklahoma man, the report says, "was very upset that there was a vehicle... leaving the elections building filled with, what he believed to be, computers containing data for the 2020 General Election."

The man, the responding officer writes in his report, "demanded that I watch the Twitter live stream, figure out where the vehicle is on the road and stop it."

In the stream itself, the Twitter user followed the worker all the way to a Gwinnett County water treatment facility, 10 miles away.

The Lawrenceville officer describes in his report watching that video, in which the Twitter user interacted with a Gwinnett County officer when he tried to get onto the grounds of the county facility.

"(The Twitter user) advised why he was following the vehicle, because he believed the vehicle contained computers that had data on the 2020 General Election still on their hard drives. The Officer in the stream investigated the boxes in the (vehicle) and found that they were boxes of new desk phones that the County was upgrading to," the report states. "The Officer advised that the driver of the (vehicle) was simply driving to different locations and upgrading County workers' desk phones."

At the county elections office, where the officer responded, he found a group at the back entrance "wishing to make sure the election office does not discard any computers" and spoke to an elections official who told him the group "had been harassing the county staff and that they needed to leave the rear of the building."

The Lawrenceville officer made the group move to the front of the building.

In the stream, two Gwinnett County officers interact with the man. He indicates he arrived in Georgia from another state the night before.

"I came down just because nobody was monitoring the voting facilities," he says.

"They've been monitoring the facilities all day," the first officer responds.

At one point, he explains that he believes computers were taken from the elections office.

The second officer tells him: "I'm gonna tell you, straight up, you're wrong. Because he's just a county worker replacing phones for the county."

A little later he asks if they're sure that was what was in the boxes.

"I already told you... the whole county's phones are getting switched out, my desk phone just got switched out. That's all he's doing," the second officer says.

"So I feel like I've done my dude diligence as a patriot," the Twitter user says at that point.

The officers appear to let him leave with a warning and ask him to "be mindful of what you're doing who you're following, cause you're liable to get in trouble."

The Twitter user, however, did not seem convinced. After speaking with the officers, he told his audience following the stream: "They didn't check the boxes."