Georgia had the highest share of young people vote this past election than any other state in the country. 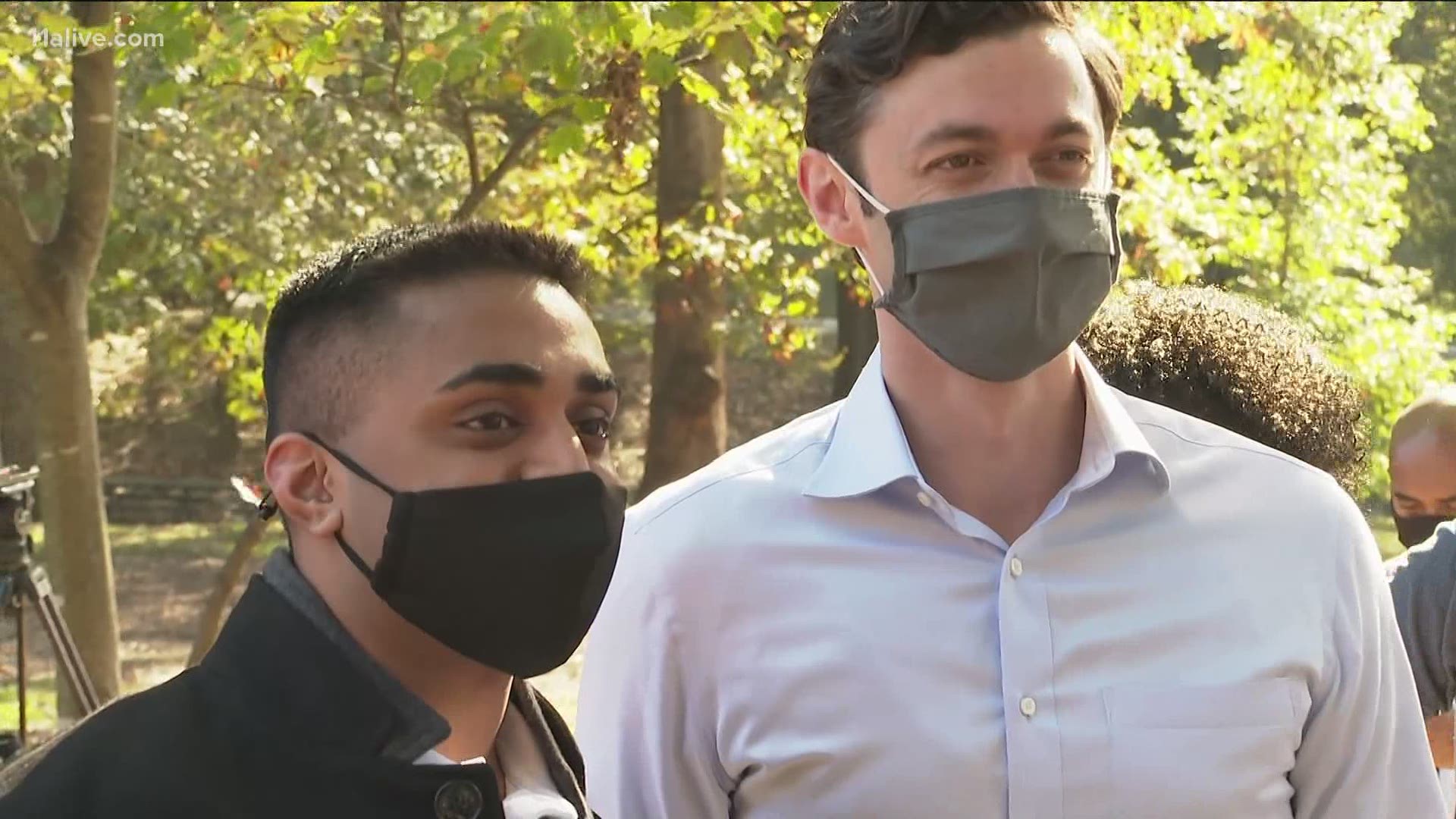 ATLANTA — The outcome of Georgia’s senate runoff election could hinge on an unexpected voting bloc.

Georgia had the highest share of young people vote this past election than any other state in the country, according to the Center for Information and Research on Civil Learning and Engagement (CIRCLE) at Tuft’s University.

Connecting with young voters on social media helps, but “likes” and “views” on Instagram and Facebook do not guarantee voter turnout.

At 33 years old, Jon Ossoff could be one of the youngest U.S. senators ever elected.

“Georgia has become younger and more diverse every day of the last decade,” the Democrat candidate said the Friday after the election during a press conference.

Ossoff and his opponent, incumbent Republican David Perdue, are in a tight runoff election scheduled for Jan. 5. Perdue received 86,000 more votes than Ossoff, but not enough to win the election outright because it was less than 50 percent of the vote.

If Ossoff squeaks out a win, he’ll need to thank a growing number 18 to 29-year-olds for making it happen.

“Young people really turned out in the 2020 election,” Abby Kiesa, CIRCLE Deputy Director said during a recent interview on Zoom.

RELATED: Why does Georgia rely on runoffs to settle elections?

RELATED: Ossoff/Warnock talk change, the pandemic, and getting voters to get back to the polls

Ossoff has more than twice as many followers, but his volunteers also have accounts with thousands of followers on SnapChat, Twitch and TikTok.

Kellye Call is one those followers.

“Learning more about what people are doing and why people care about issues in a one-minute video is pretty effective,” she said.

You might be thinking – how can TikTock, an app 10-year-olds use, impact an election or a campaign? Call says, just take a look at what happened to a June Trump rally in Tulsa.

After the president announced the campaign stop, teenagers on the app started spreading the word, dancing to the ‘Macarena’ song, and reserved thousands of tickets for the rally with no intention of attending.

Instead of a packed auditorium President Trump was expecting, there were thousands of empty seats.

“All of these young people came together to play a trick, but it was effective,” Call said.

Kiesa says relying on solely on social media to connected with young voters is a flawed concept. They still want to hear from the candidates in person, even if that means socially distanced or through virtual meetings.

“Social media is not the end all be all in communicating to young voters. It certainly plays a big role, but we have to understand that a lot of engagement comes from relationships,” Kiesa said.

Both campaigns are reminding voters who recently turned 18 that they are eligible to register to vote for the runoff. The registration deadline in Georgia is Dec. 7.