Miller says the win lifted a big weight off his shoulders. 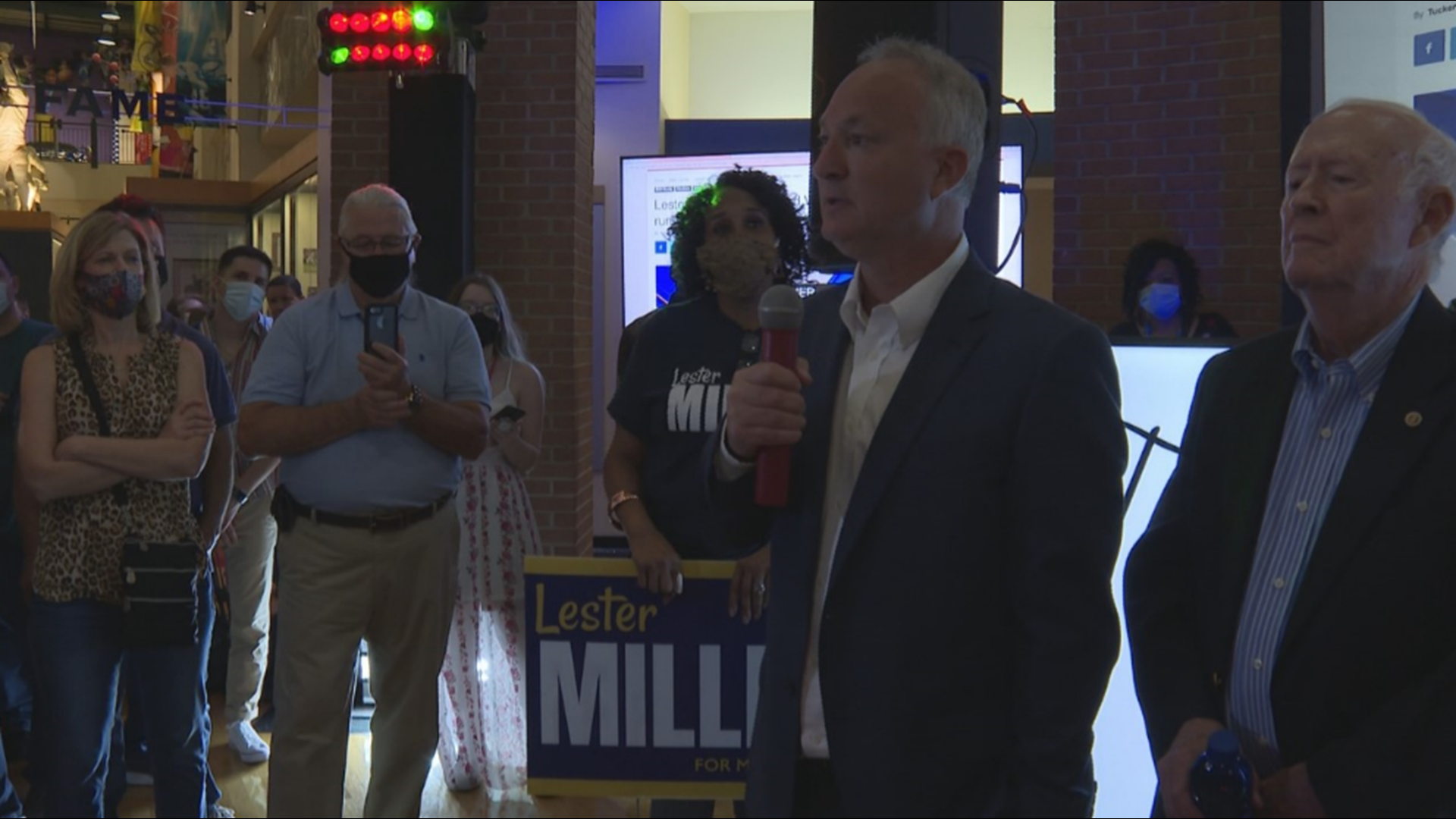 MACON, Ga. — After a long campaign, the primary in June, and then the runoff, Lester Miller is now mayor-elect of Macon-Bibb County.

Before the final election results came out, Miller and his supporters were celebrating with every update as more numbers came in throughout the night.

Shortly before 11 p.m., the crowd erupted in cheer.

"Macon has a new mayor," the DJ tells the crowd as he loads election results.

Cliffard Whitby's campaign sent out the following statement after the final results of the election were released:

“The voters of Macon-Bibb have spoken. They shared their voice and we will respect that. We are grateful to everyone who has supported our campaign and I am so thankful to have had the opportunity to speak with so many from all over the county. We look forward to the future of Macon-Bibb and see this city rise to the challenges ahead of it. I still believe Macon's best days are ahead of it."

Miller says after learning of the win, a "big weight" was lifted off his shoulders.

He says he looks forward to tackling the county's challenges during his term. He says he first wants to tackle public safety before "we lay another brick."

"I'm looking forward to working with everyone, putting our heads together, forgetting about the past, and moving onto the future," Miller said.

Miller also thanked his supporters who helped him throughout this journey.

Miller says the next step is to put together a transition team for his term.