They will be sworn in on Wednesday, NBC News reports. 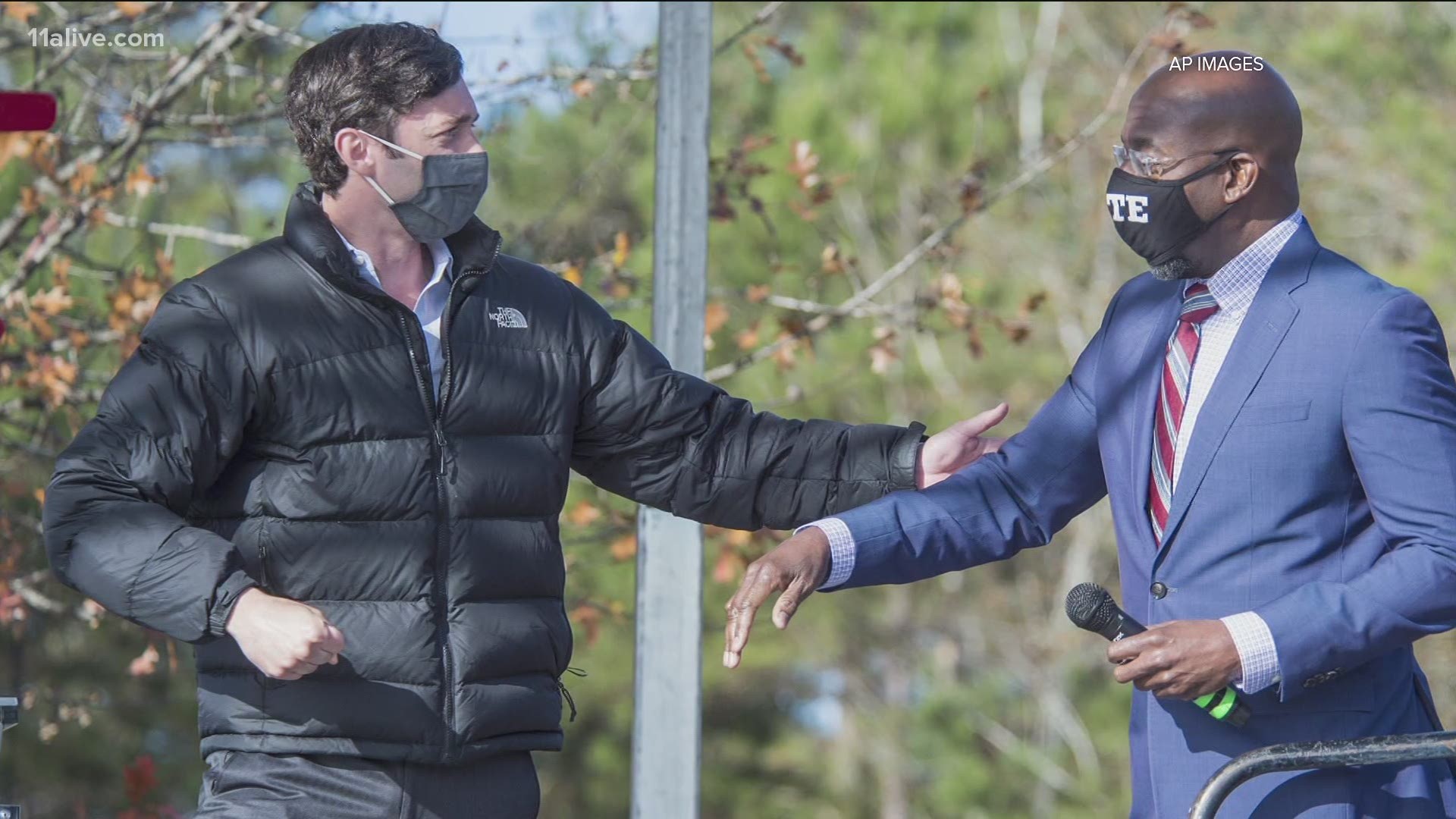 ATLANTA — Senators-elect Rev. Raphael Warnock and Jon Ossoff have now been certified as Georgia's next senators, and can soon be sworn in.

The state announced the results were official on Tuesday. NBC News reports the Senate has received the certificates of election and the two Democrats will be sworn in tomorrow.

RELATED: All of Georgia's 159 counties have certified their Senate runoff results

The pair defeated Republican incumbents David Perdue and Kelly Loeffler in runoff races earlier this month, cementing a startling sweep of the presidential and Senate races for Democrats.

NBC reported the swearing in would happen in the "late afternoon" tomorrow by Vice President-elect Kamala Harris, who by that point will herself have been sworn in as the vice president.

Warnock won with just more than 51% of the vote, while Ossoff registered about 50.6% after getting fewer votes than Perdue in November. Perdue's margin did not clear the 50% + 1 threshold to avoid the runoff that Ossoff ultimately won, however.

After Fulton County re-certified its results this morning, because returns from two precincts in Milton had apparently not been uploaded into the county's total, the state was able to finish certifying the total results.