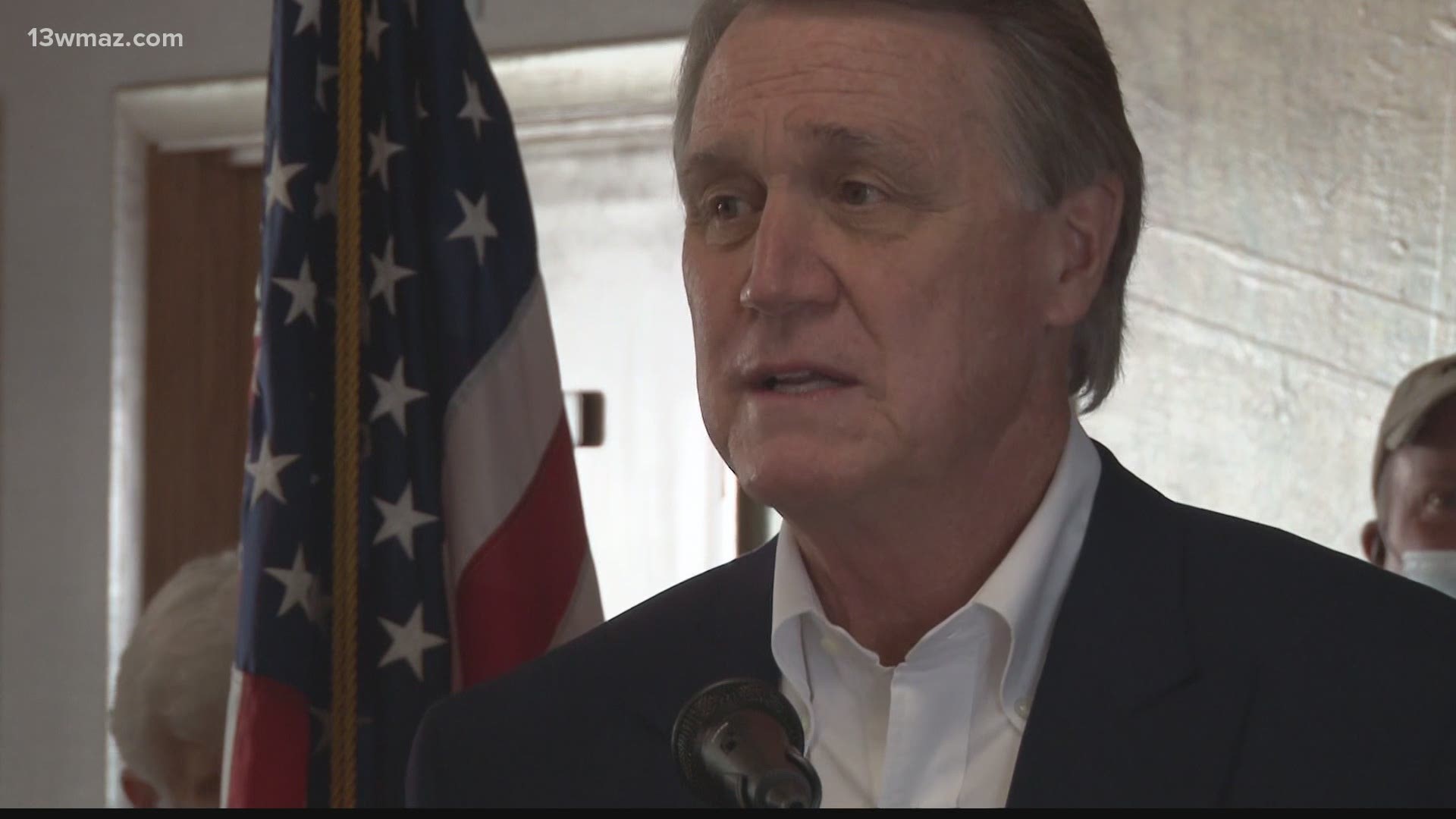 MACON, Ga. — Ahead of Election Day, Georgia Senator David Perdue flew across the state to meet with local leaders and supporters about the importance of voting.

Perdue made 8 stops on his fly around tour, the first of which was held at the Middle Georgia Regional Airport in Macon.

The senator says it was important that his first stop be in Central Georgia where he grew up.

When Perdue landed, he was greeted by Bibb County mayor-elect Lester Miller, and Houston County mayor Randy Toms along with his cousin and former governor Sonny Perdue.

In this year's election, Perdue is hoping to keep his senate seat against Democrat Jon Ossoff and Libertarian Shane Hazel.

The Republican wants to help maintain and uphold conservative values across the state and country.

Perdue has campaigned alongside President Trump and wants to see him return to the White House for another four years.

Perdue says that state and national government need political outsiders like Trump to get work done.

"Washington is broken and it's broken for so many reasons and we're making changes," said Perdue. "But it took someone like Donald Trump to break some eggs up there and stand up."

After leaving Macon, Perdue flew to Columbus, Albany, Valdosta, Savannah, Augusta, Dalton, and Atlanta to encourage people to head to the polls on Tuesday.