Macon-Bibb County and Houston County citizens casted their ballots on the first and last Saturday of early voting. 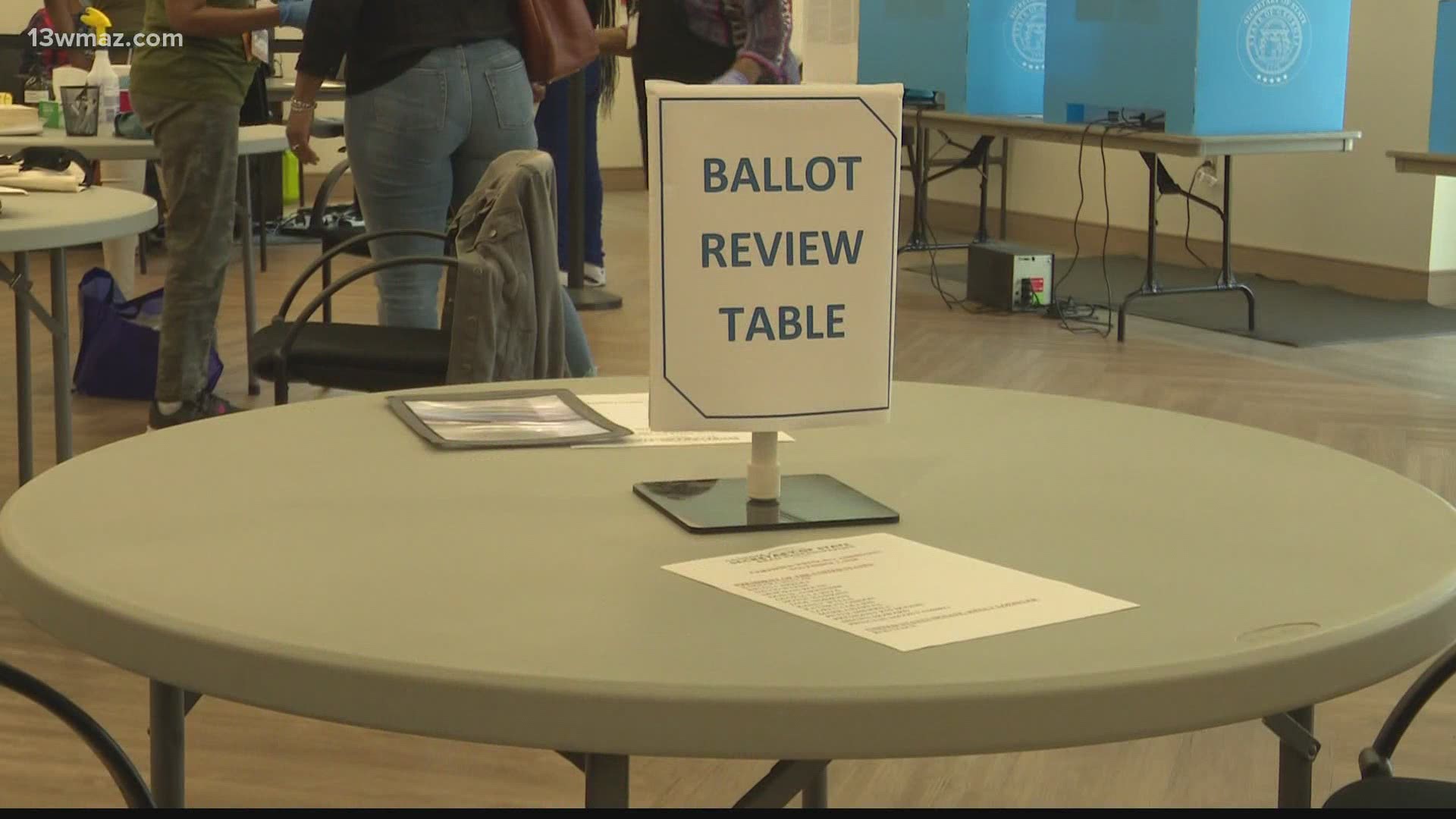 MACON, Ga. — The Macon-Bibb and Houston community came out to vote on the first and last Saturday of early voting.

Inside the Elaine Lucas Senior Center is where people who live in Macon-Bibb County casted their ballots.

Domonique Nichols is the leader of Mobilized Millennials of Macon and he says that there was little to no wait.

"We are out here for early voting this Saturday, and the reason we came out is because during the week, a lot of different people are populating the lines and we wanted to make sure that we didn't allow the lines to serve as a deterrent to cast our votes," Nichols said.

Nichols says he likes the idea of Saturday voting because it gives more people who work on the weekdays the opportunity to exercise their rights.

"I think Saturday offers that moment of convenience to people," he said.

Mike Anderson is one of the many people that voted on Saturday.

"I don't have to be stressed out about hurrying and getting to work," Anderson said.

Anderson is a Houston County voter, and although he waited in line for 45 minutes, he says that the process went very smooth.

He also says that Saturday voting wasn't in his plans.

"My wife had mentioned, 'I think we can vote today on Saturday,' and I said 'well, it's right there and it's convenient,'" Anderson said.

Both Nichols and Anderson encourage people to use their voices and get out and vote.

"What the world looks like in the next 20 to 25 years has everything to do with the decisions we make right now," Nichols said.

"Statistics say a lot of people don't vote. Everyone needs to get out, vote and voice their opinions," Anderson said.

Early voting in Georgia wraps up on October 30.