Kevin Serrano was excited about voting until realizing he doesn't turn 18 until a day after the election. 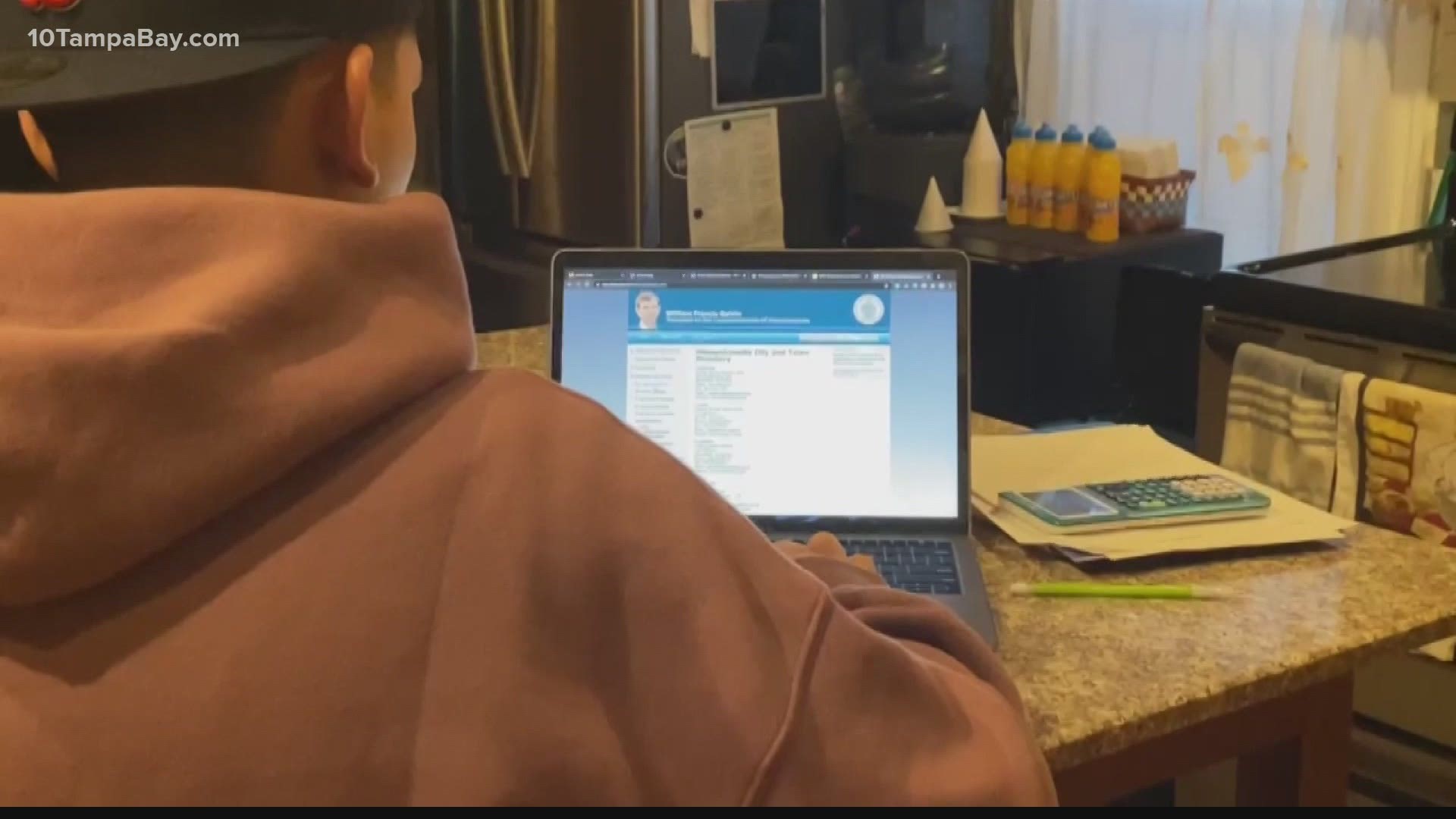 TAMPA, Fla — This weekend, we met Plant High School Senior Charles Robb who just barely made the cutoff to vote in this year’s 2020 election.

But not everyone got so lucky.  Some of Robb’s classmates at Plant will turn 18 this year but after the Nov. 3 deadline.

There then there is Kevin Serrano.  He turns 18 on Nov. 4, just one day too late.

“I knew I was going to turn 18 in 2020 and I knew there was going to be able an election,” said Serrano from his home just outside Boston. “I looked at my calendar and I was like, ‘Wait a second!’  My birthday is November 4th and Election Day is November 3.”

Serrano says he was highly disappointed he would be unable to vote. That’s why when one of his friends who did turn 18 in time indicated he didn’t plan to vote, Serrano was upset.

“He was definitely iffy about voting,” Serrano said. “I told him, if you don’t vote, you don’t have the right to complain about whatever happens in the next four years.”

Serrano went to work convincing other friends about the impact they could make.

“Vote for yourself but vote for those who can’t vote,” Serrano said. “There’s a lot of people that want to change this country but just can’t go out and vote.”

Jazmin Kay is executive director of “18 By Vote,” a non-profit which focuses on getting rising voters, those between 15-17 years old, pre-registered and educated on the importance of voting.

“When you turn 21, everyone knows what that symbolizes. You go out and grab a drink. When you’re 18, we want to make sure you’re going out and you’re voting,” said Kay, who has team members fanned out across the U.S. working to register young voters.

“Just this year alone, 4 million Americans have turned 18, so we’re seeing that a decisive impact on our election, especially in those states that are close.”

As for Serrano, he’ll continue reminding everyone that voting really does matter.

“Do it for the younger generation and the generation that’s next to come and use your voting to spark a change in this country,” he said.