Secretary of state expects most counties across Georgia to conclude by midnight Wednesday. 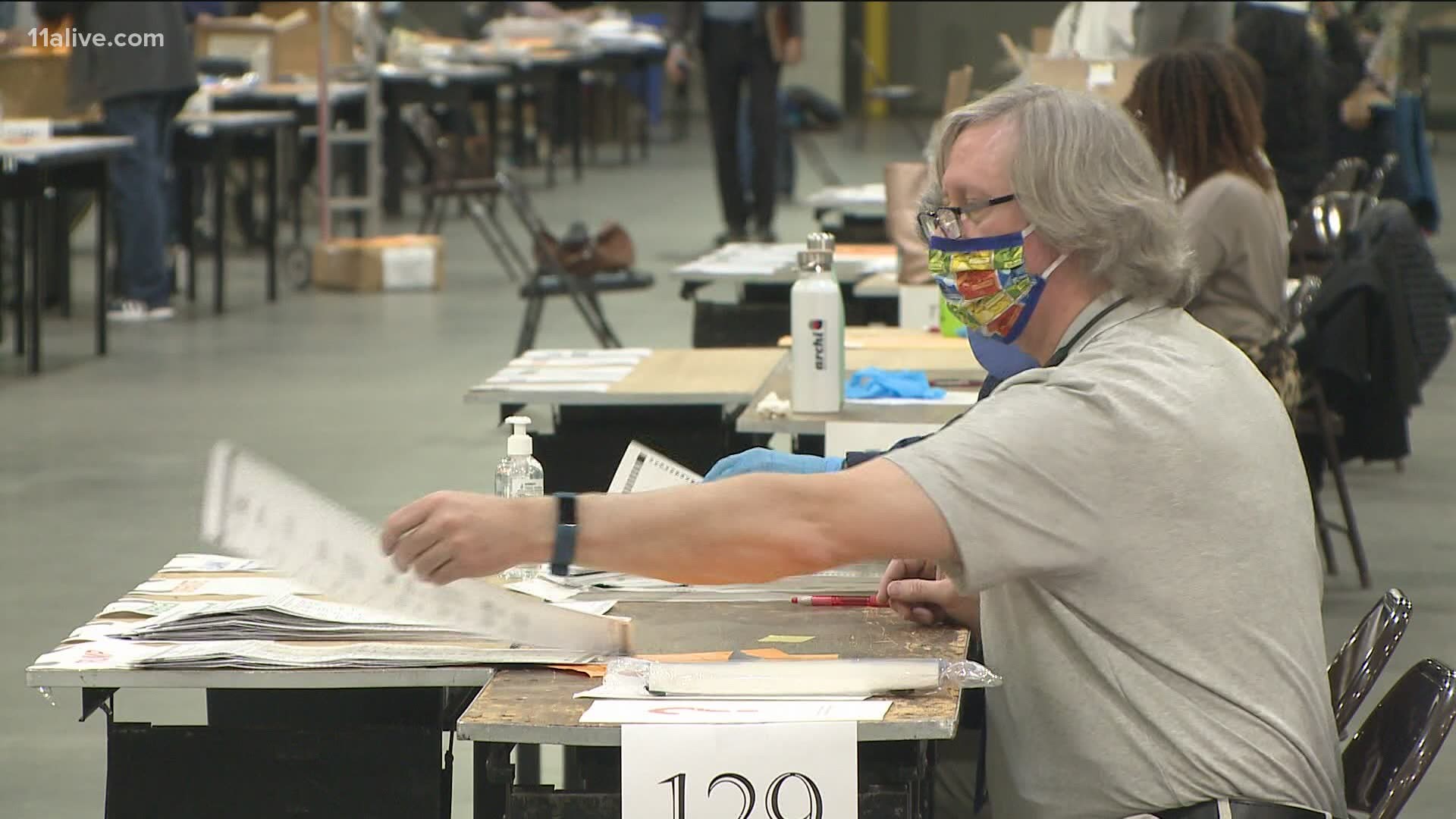 ATLANTA — No substantial changes are expected as a rapidly-concluding hand-audit of Georgia ballots looks at the Nov. 3 presidential race.

The audit ends Wednesday night at midnight, but most of the state's 159 counties had already concluded their audits by midday Wednesday, according to the secretary of state’s office.

Yet, some wild cards remain -- some from President Donald Trump's campaign, while others come from Trump himself. Trump has described the state's hand-audit as "a joke."

"There's a swath of people, no matter how many audits we do, no matter how much evidence we show, they'll never believe this race wasn't stolen from the president," said Gabriel Sterling, a top lieutenant to Georgia's Republican Secretary of State Brad Raffensperger.

Trump is positioning himself as one of those people.

In a mid-morning tweet, the president wrote, “The Georgia recount is a joke and is being done UNDER PROTEST.”

The Georgia recount is a joke and is being done UNDER PROTEST. Even though thousands of fraudulent votes have been found, the real number is in matching signatures. Governor must open up the unconstitutional Consent Decree and call in the Legislature!

He called on Gov. Brian Kemp and the state's legislature to intervene.

Meanwhile, state officials say a majority of Georgia counties have found discrepancies of fewer than a dozen votes following their hand audits.

But one whopper turned up briefly in DeKalb County, which was trumpeted by Georgia state Republican Chairman David Shafer on Twitter: "One of our monitors discovered a 9,626 vote error in the DeKalb County hand count."

Sterling said, yes, that did happen, but was quickly corrected shortly afterward.

"They have every right to point out issues. They need to remain factual," Sterling said. "It was an error. It was caught and it was fixed, and that does not affect the outcome."

Sterling is a former Republican operative, who said he has been a friend of Shafer's for 30 years.

"The Trump campaign inadvertently got everything they wanted. Because we ended up doing, in effect, a hand recount," Raffensperger said. "It’s not a 90% confidence level or 95. It’s a 99.999% because we counted every single ballot."

Raffensperger expects to release all the audit data sometime Thursday before the vote is officially certified Friday.

Trump's campaign could request a legal recount afterward because he finished within a half a percentage point of the apparent winner, Joe Biden.