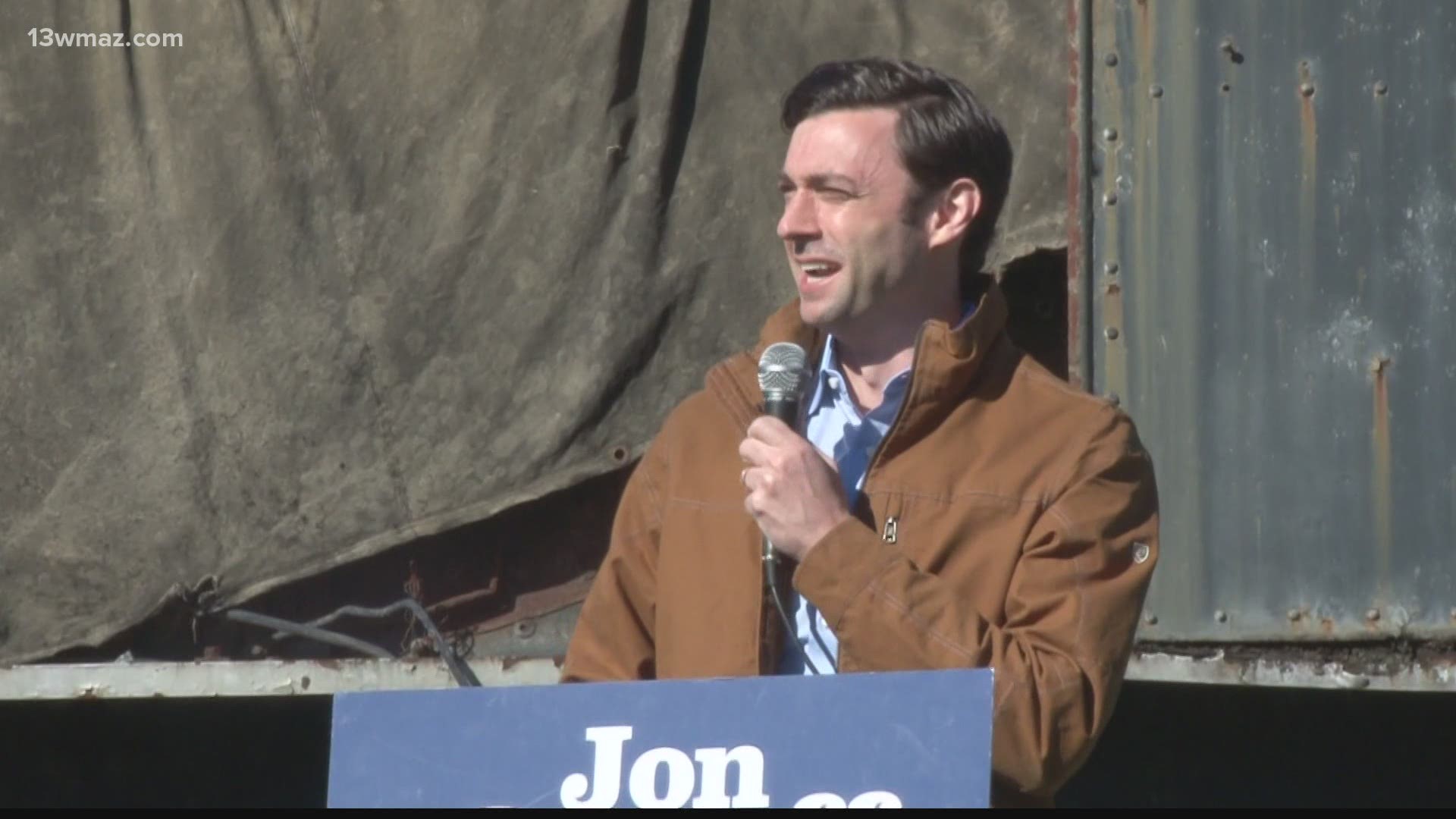 Ossoff, along with Macon community leaders, came out to echo the importance of voting in this election.

The investigative journalist and media executive is running against incumbent Republican David Perdue and Libertarian Shane Hazel to be Georgia's next senator.

In the midst of the pandemic, Ossoff is focusing on bringing healthcare to the forefront, especially for people with pre-existing conditions.

"We're in the middle of a pandemic that's getting worse. That requires new leadership to empower medical experts to lead during this crisis," said Ossoff. "That's why it's so important to get out and vote. This race is going to be close."

When asked, Ossoff also addressed recent claims made by Senator Perdue that the candidate had business dealings with China.

"These were aired by television broadcasters all over the world," said Ossoff. "He is cherry picking that there was one Asian TV channel that aired our documentary."

Ossoff believes that a change in leadership is required to get the state back on track.

"We all recognize we're in a crisis and the only path out of this crisis and toward recovery is by electing new leadership. This isn't about a political party or ideology," says Ossoff. "This is about if we have competent, honest people working for us at a time when we desperately need competence and honesty in government."