Why does the United States use the Electoral College to pick the president?

When you cast your vote for president, you are deciding which electors will represent your state. 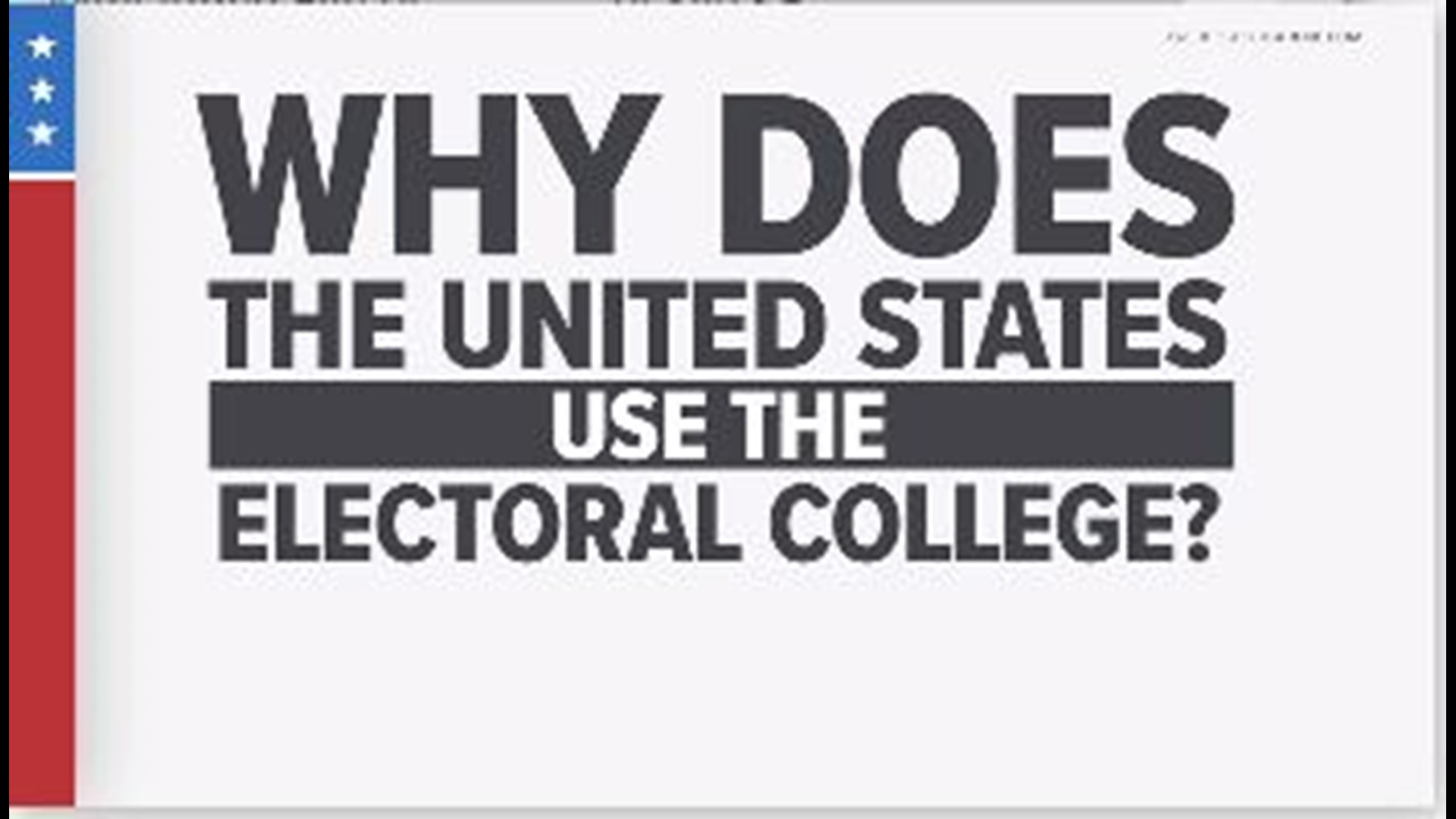 Why does the United States use the Electoral College to pick the president?

The Founding Fathers were split. Should Congress choose the president? Or should it be left to the people? The use of electors was the solution.

When you cast your vote for president, you are deciding which electors will represent your state.

The number of electors in each state is determined by how many seats in Congress that state has -- and that number is based on the state's population.

So for example, let's look at California. Every state has two senators, so right off the bat that's two electors.

California, the most populous state, has 53 representatives in the house, so the Golden State gets 55 total electors.

Whichever candidate wins California will get all 55 electoral votes. There are 538 total electoral votes -- 535 for the states and three for the District of Columbia. 48 states are winner-take-all.

Maine and Nebraska give two electoral votes to the statewide winner and one for the winner of each congressional district.

A simple majority of 270 electoral votes is needed to win.

If neither candidate gets to 270, the House of Representatives will determine the president, but each state delegation, regardless of the number of electors, must vote as one -- so there are only 50 votes up for grabs.

The Senate will determine the vice president with a simple majority vote of all 100 senators.

The popular vote winner has lost the Electoral College in two of the last five elections. This has prompted calls to switch to a popular vote system, but that requires a Constitutional amendment.

Voting by mail? You can now get alerts for absentee ballot updates