While a flag was burned at Black Lives Matter Plaza, there were protesters not OK with it happening and tried stopping it. 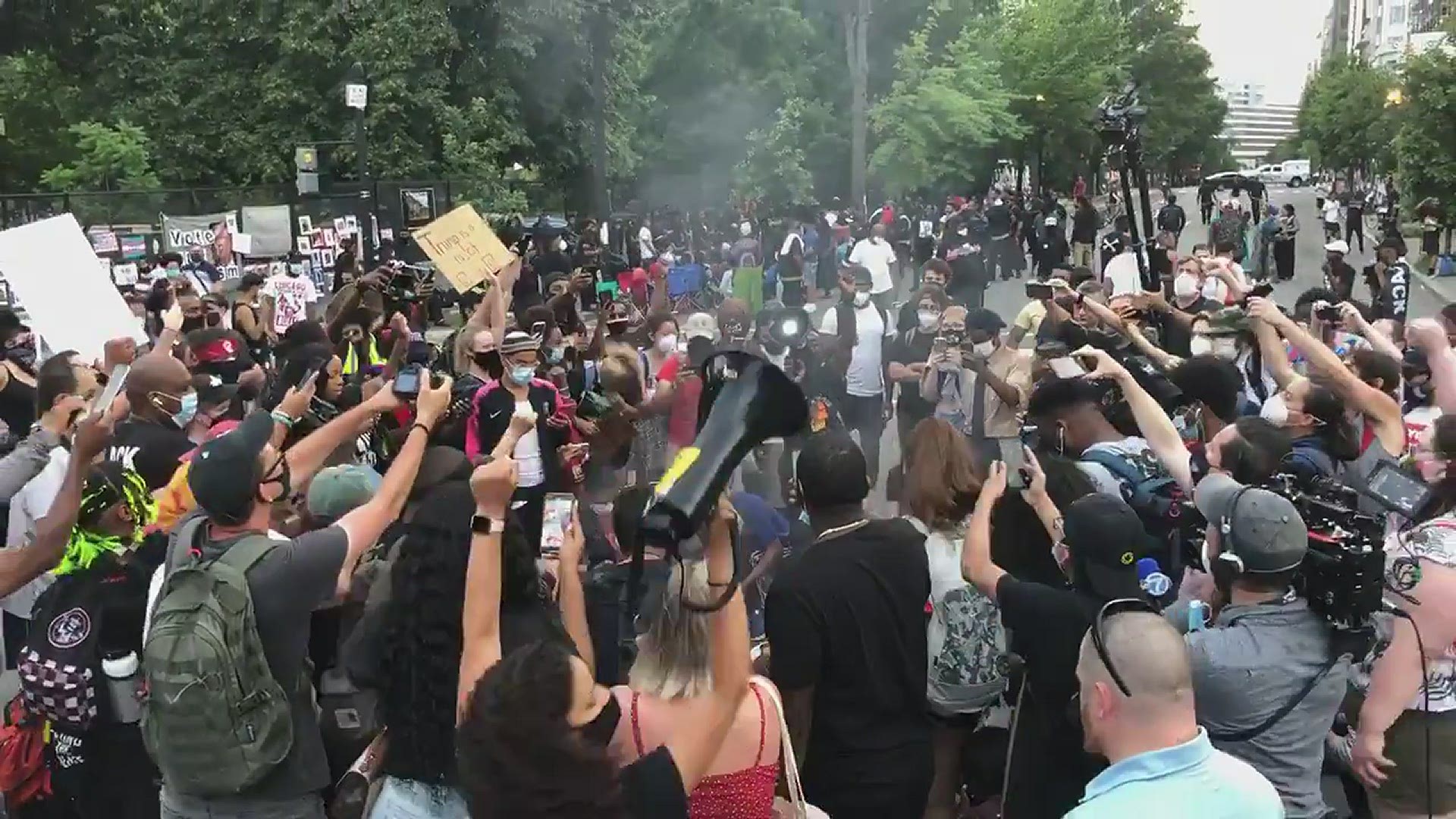 WASHINGTON — Multiple videos and photos by WUSA9’s Tom Dempsey show an over American flag being burned in Black Lives Matter Plaza. While a flag was burned, there were protesters there not OK with it happening and tried stopping it.

The flag-burning happened while President Donald Trump and the White House hosted its "Salute To America" Fourth of July celebration on Saturday.

While a flag was burned at Black Lives Matter Plaza, there were protesters not OK with it happening and tried stopping it. Some even tried to stop the burning flags.

Protests have been a constant in the District since the end of May following the killing of George Floyd in Minneapolis by a police officer.

"They're changing the narrative of the protests, said one protester not a part of the fly burning. He and others with him, have been to multiple cities that are seeing massive protests, like Louisville.

On Saturday, protesters marched across Downtown D.C. for the sixth weekend in a row as the President’s 4th of July celebration is getting ready to kick off.

Protests have taken place across the region for more than a month as demonstrators continue to push for justice and protest racial injustice and police brutality following the death of George Floyd in Minneapolis.

One organizer said he chose to plan a George Floyd memorial march because he said he couldn’t sit back and watch injustices unfold on the news anymore. He said he strategically planned Saturday’s march on the 4th of July.

RELATED: LIST: Here are the protests happening in DC over Fourth of July weekend

More than a hundred peaceful protesters marched alongside Frey on Saturday morning.

One of those demonstrators, Tierra Cooke, said people need to continue to demand justice even if it is a holiday. She also said she doesn’t believe the 4th of July holiday represents everyone.

“Independence Day does not truly represent African Americans because after the war African Americans were still in slavery,” Cooke said. “For us to sit here and continue to protest and fight for our rights and demand justice on this holiday that is not really for us, is just us letting them know we’re not going anywhere and we’re not going to stop until we get justice.”