Some students spent the day working live on-air at the student-run radio, and others spent the day discussing the historical moment with their peers. 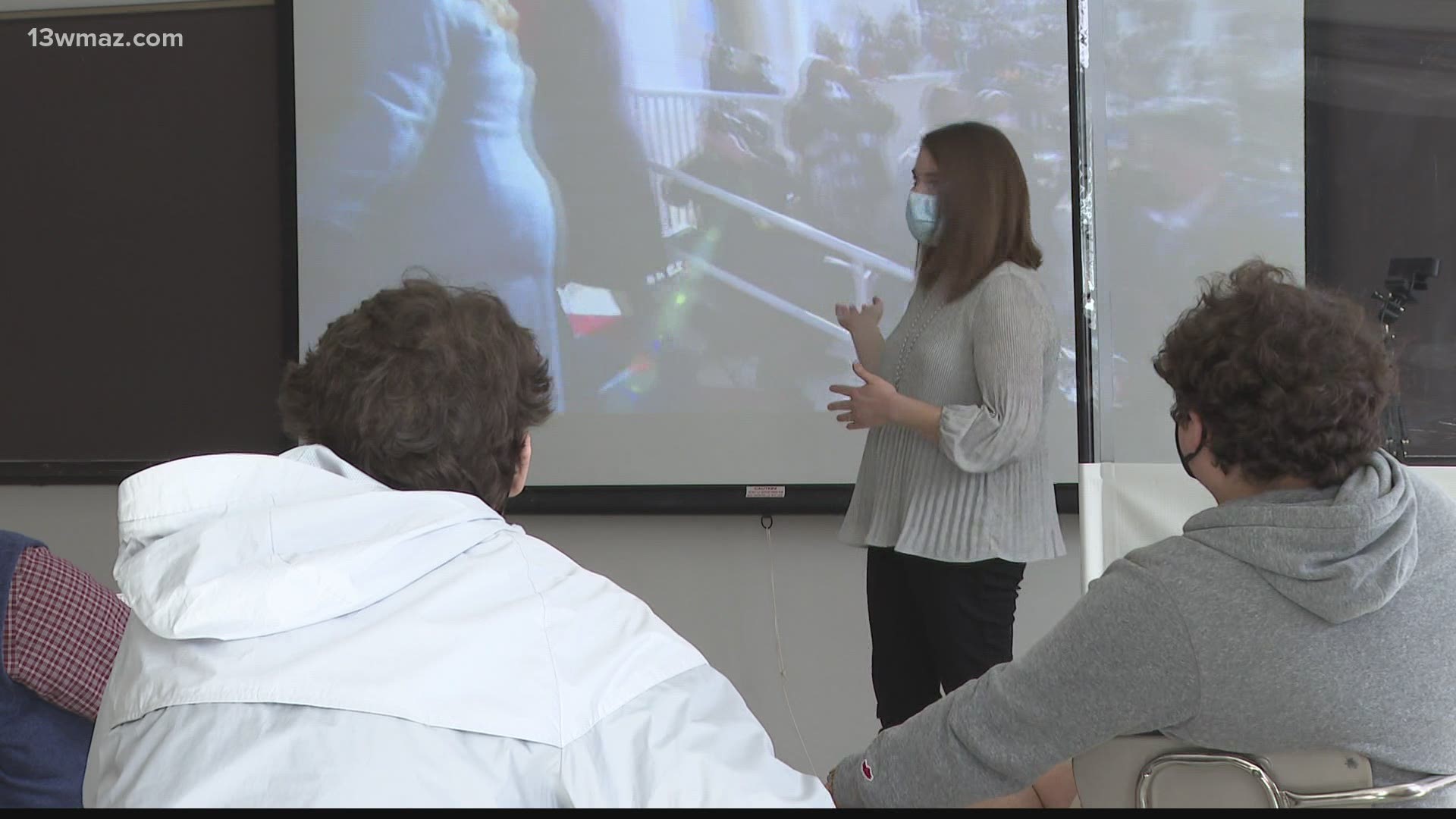 MILLEDGEVILLE, Ga. — Students around the world witnessed the transfer of power during an extraordinary time.

Located in the heart of Milledgeville lies Georgia College, and a student-run news station, WGUR.

News director Jonathan O'Brien has been working hard alongside his peers to to prepare for January 20th.

O'Brien says, "Well, I'll tell you, I came in this morning, started doing newscast live at 7:30, and I did newscast at the top and bottom of every newscast from 7:30 on."

Most students watched Inauguration Day on their cell phones or in class, but not O'Brien and his team.

"We decided even before what happened on January 6th that it was an important day to broadcast," said O' Brien, "And really an important event because it is the hallmark of our democracy -- the peaceful transition of power."

Political science major Connor Hilly voted for Trump, but after watching the historic moment, he says he is grateful to hear President Biden say he is for all Americans.

Hilly said: "It was really good to see that he was calling for unity for all Americans and I am happy to see that. I am happy to give him a chance like a lot of Democrats gave Trump in 2016. So Godspeed, I wish him best of luck."

Students said this year’s inauguration was different from any other, because of the heightened security and the pandemic. However, Hilly explained why he is hopeful.

"I'm excited to see what happens. We were talking about like the 50/50 split in the Senate," said Hilly, "So, I mean, he is 'Mr. Moderate' -- he has crossed the aisle many times. I am just looking forward to seeing what he does."

After discussing their experiences with senior lecturer Claire Sanders, Georgia College students said they will always remember this day.

Claire Sanders said, "When we think back to where this president was inaugurated, you can look back and say, 'I was at Georgia College in a political science class,' so it was really neat to experience that with them."

Georgia College students plan on discussing constitutional laws and the political divide over the next few months.

O' Brien also said, "I always joke, I say, 'I cannot wait to read this chapter of my future children's textbook,' because it's just going to be something to see."