The group of Democrats claim the state agency has not been transparent in addressing alleged unemployment insurance payment backlogs. 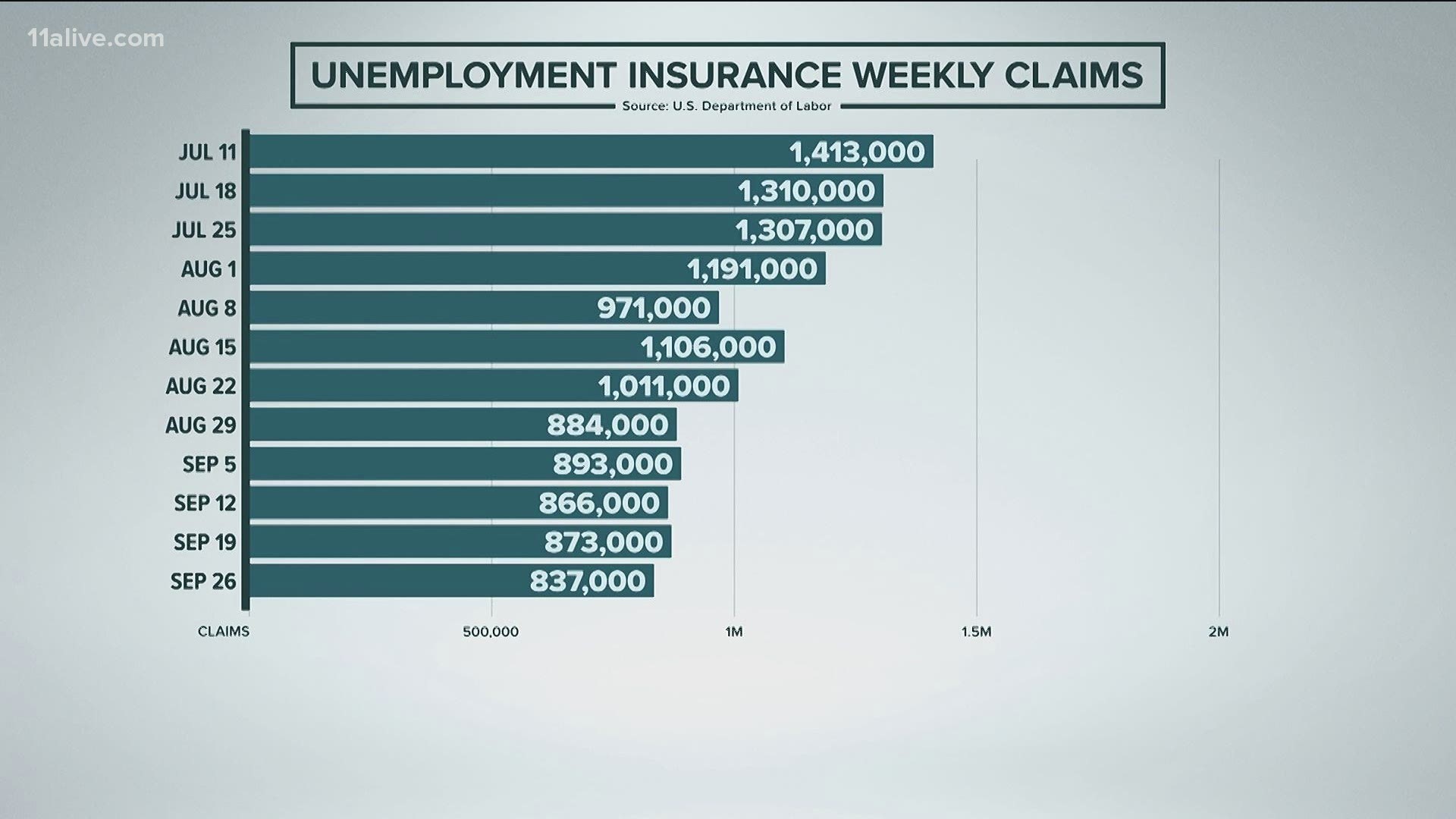 ATLANTA — A group of Georgia House Democrats are calling for Congress to investigate the state Department of Labor over what they say is its "failure to pay valid (unemployment) claims in a timely manner."

They alleged in their letter a "lack of transparency, discrepancies in data reported in press releases and on the website and violation of federal statutes requiring timely payment of unemployment insurance (UI) benefits" by the state DOL.

The Department of Labor has frequently said most issues stem from people either not understanding the process by which they need to validate their claim or from the claim simply not being eligible. Department of Labor Commissioner Mark Butler has also said fraud has been a big issue.

The primary data discrepancy the letter seizes on comes from an Aug. 6 press release, in which the DOL said 92 percent of all claims in the previous 19 weeks had been paid out and that there were 65,000 "claims that have not been paid to date and are valid to be paid."

In its most recent release, on Oct. 15, the Department of Labor said 3,880,931 unemployment claims had been processed. It does not state what percent were valid or what percentage of claims has been paid.

11Alive has been frequently contacted over the last few months by people seeking help with their claim and having trouble getting through on the state unemployment insurance hotline at 404-232-3001.

"As elected officials, we truly hope our federal and state legislature and administration can work in true partnership to address the backlog in unemployment insurance claims to help stop the suffering of our constituents," the letter states.

It's not clear if Rep. Johnson ever responded to the letter, which was dated Sept. 3.