We talked to an expert about what to expect out of the races in Georgia over the next few months. 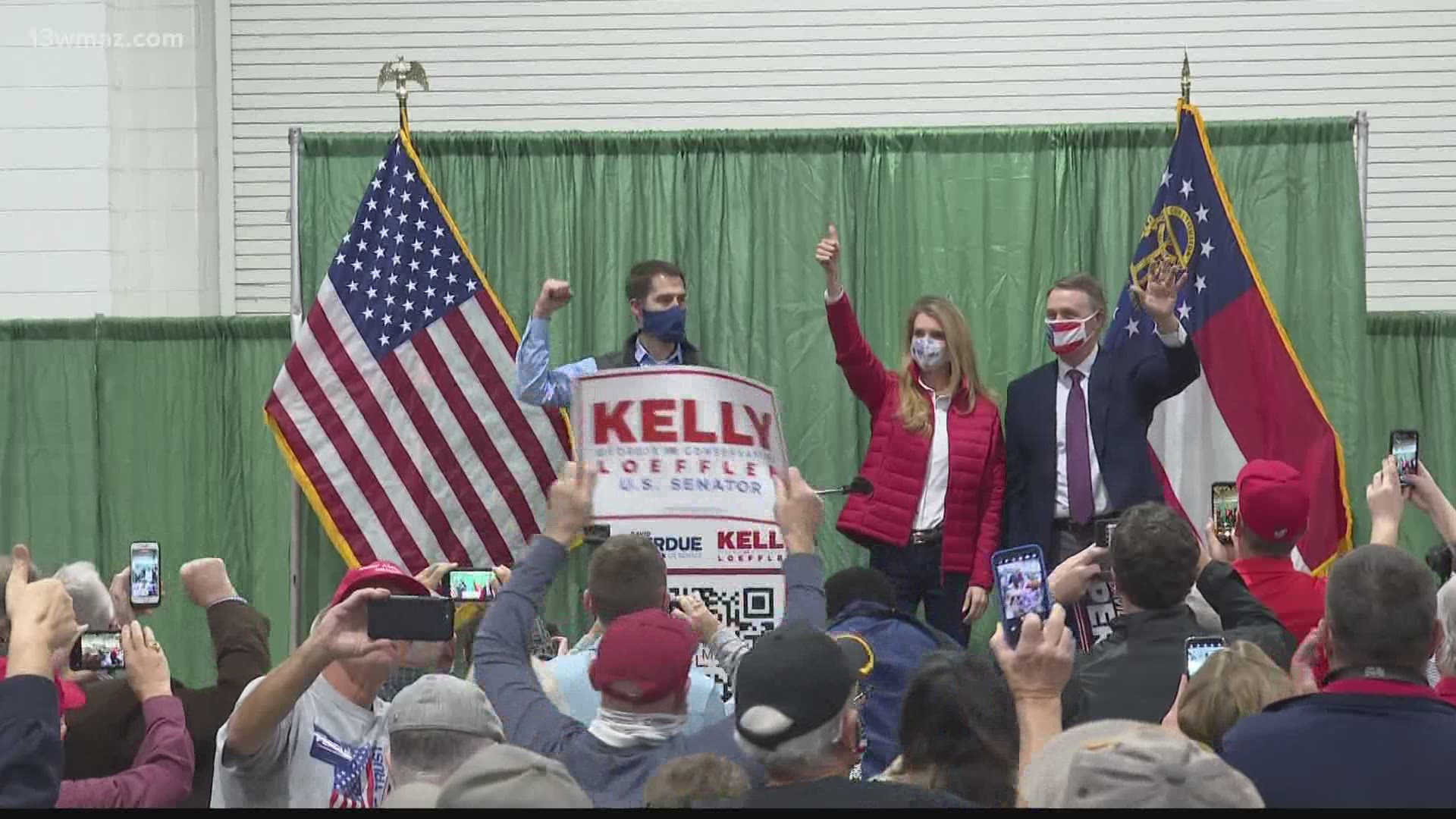 PERRY, Ga. — While candidates Jon Ossoff and Dr. Raphael Warnock were in Jonesboro, Senators David Perdue and Kelly Loeffler made a campaign stop in Perry Thursday, rallying supporters for the upcoming runoff.

What was made clear in this rally was Georgia is on everybody's mind.

That's because of how crucial this runoff is -- not just for Georgia, but the whole country.

Both Loeffler and Perdue stressed that this January will determine the fate of the Republican Party.

"Help us be the last line of defense against this absolutely rabid Democrat intent for our country," Perdue said.

If their opponents Jon Ossoff and Raphael Warnock take both these senate seats, Democrats will control the Senate. Both senators say this could influence national politics for years.

"Look we're the firewall. It's not just the control of the U.S. senate. It's the future of our country. We are going to hold the line against socialism right here in Georgia," Loeffler said.

So, how likely is it for Democrats to take the two Georgia Senate seats?

Chris Grant, a political science professor at Mercer University, says there's a small possibility. However, he says Georgia is historically a "trend Republican state", and in runoff elections, Republicans are more likely to turnout than Democrats.

Regardless, he says the winners for both seats will likely be candidates from the same party--so either Loeffler and Perdue or Warnock and Ossoff.

Since the race is so important, both sides are pouring resources into the state.

Arkansas Republican Senator Tom Cotton even traveled to Perry Thursday to campaign with Perdue and Loeffler. Right now, Democrats will hold a majority in the House of Representatives and Cotton says he's campaigning for the two Georgia senators to keep Democrats from taking the majority.

"That is the nightmare dystopian scenario because Chuck Schumer would be in charge," Cotton said about the possibility of losing the Georgia Senate seats.

As the race heats up, Grant says to expect more visits from Republicans and Democrats.

"The circus has come to town, and the circus is going to stay in town. And there's going to be more circuses in town. They're going to do anything and everything they think they can do to win this election. It is a hugely impactful election. The decision on who will represent Georgia in the US Senate will decide the who controls the government for the next two years which will be largely determinative on how much Joe Biden's agenda is adopted," Grant said.

The Senate runoff is January 5. Early voting for the runoff begins December 14th and lasts 16 days. You can apply for an absentee ballot on the Secretary of State's website.