State budget cuts to be a top priority in General Assembly

On opening day, the phrase heard over and over again was "budget cuts." Governor Brian Kemp is pushing for a 4% cut this year. 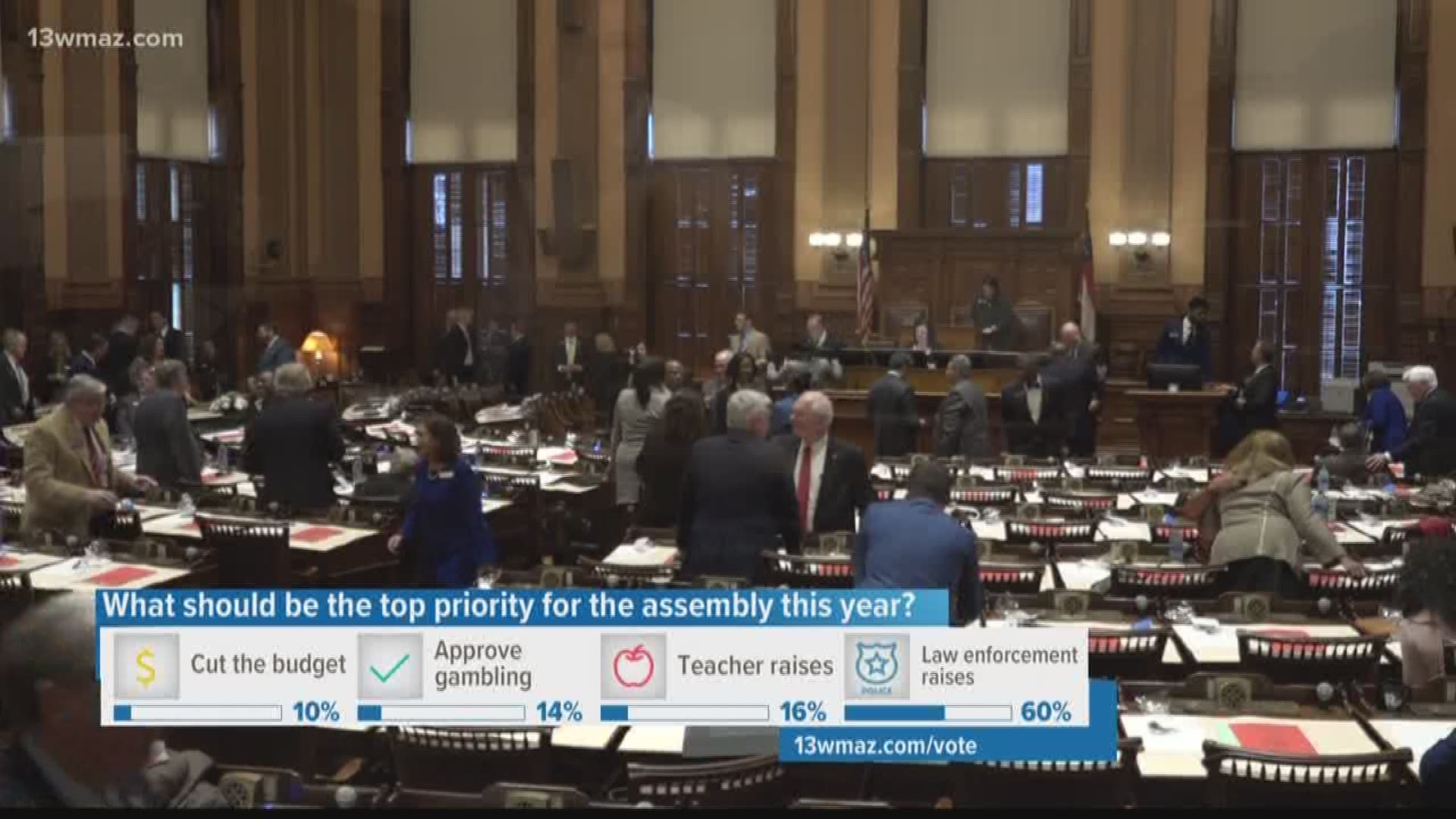 ATLANTA — Central Georgia legislators plan on introducing new bills this session, but the big topic under the Gold Dome Monday was those expected budget cuts.

“We’ve got a lot of things on the agenda locally,” said Shaw Blackmon, representative for State House District 146.

“We are working very hard to get state funding to extend the runway out at the Middle Georgia Regional Airport,” said Dale Washburn, representative for House District 141.

They’re also working to bring more internet access to rural area and keep Governor Brian Kemp’s promise on the campaign trail of pay raises for teachers -- but there’s a problem.

Funding will be tight this year.

Now, Kemp is pushing for a 4% cut in the state budget this year.

“I don’t see any funding for other organizations that are standing in line,” said Miriam Paris, state representative for House District 142. “I think the governor is going to be pretty conservative with this budget.”

Kemp is also asking for a 6% cut in the state budget next year.

“The budget cuts have to be cut somewhere,” Washburn said. “We know that and we're aware this is a tough year to be asking for money.”

But where is that money going to be coming from?

“When you take things out of the budget...and you got to pay your bills, you got to have something coming in to pay those bills,” Lucas said.

He says lawmakers are looking for new revenue.

However, all of this would need a Constitutional amendment, meaning Georgia citizens would have to vote.

RELATED: 2020 Georgia legislative session starts Monday: What some local lawmakers are focused on

RELATED: Georgia is losing money | How can the state replace falling tax revenues?