After years of public service, Johnny Isakson's Senate career comes to an end

"Dianne and I appreciate so many kind comments as my U.S. Senate career comes to a close along with 2019," he said in a tweet. 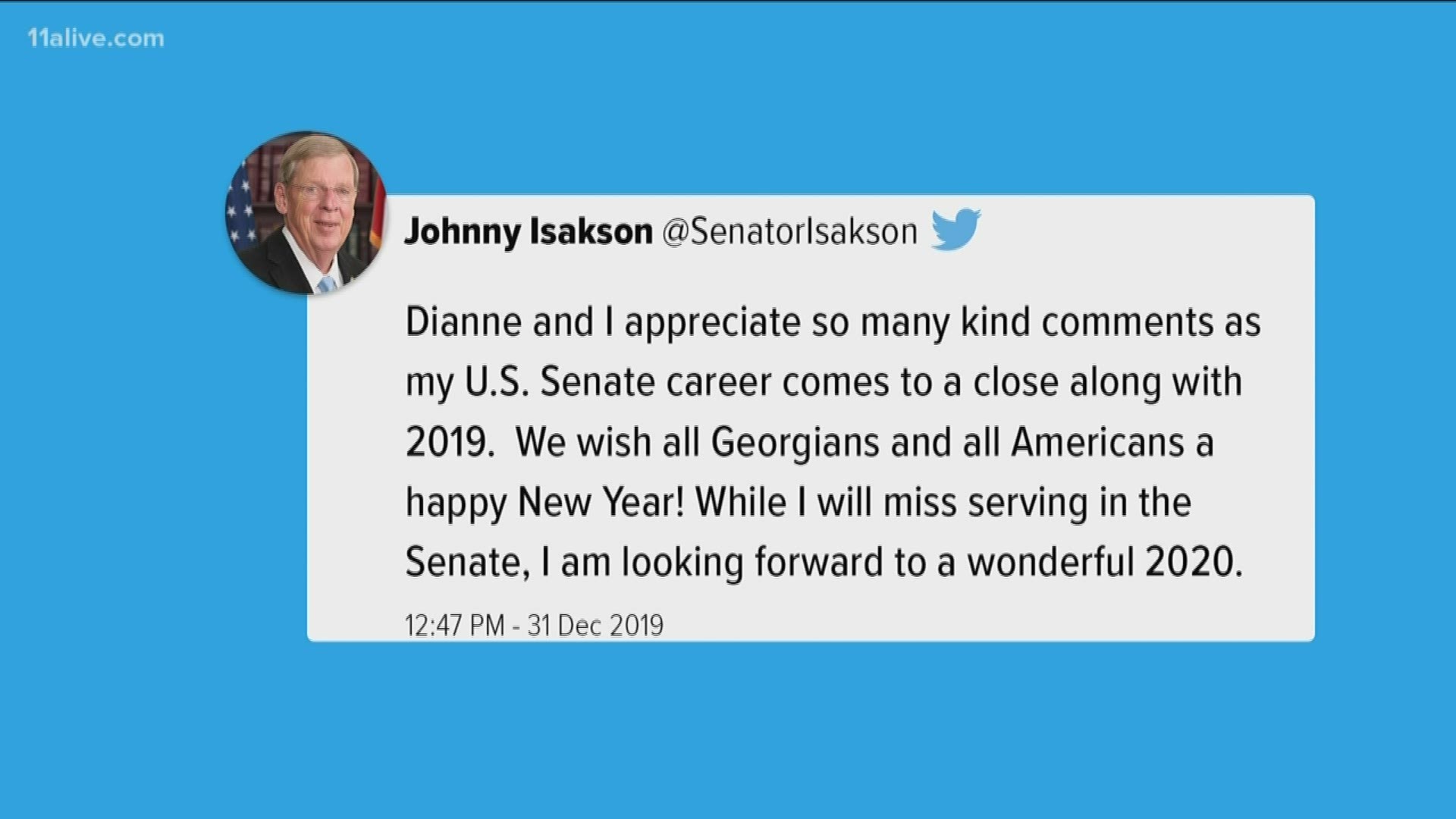 In August, Isakson announced he would resign at the end of the year, citing ongoing health concerns for the reasons he would step down on Dec. 31.

Now that the day has come, Isakson thanked everyone for their support.

"Dianne and I appreciate so many kind comments as my U.S. Senate career comes to a close along with 2019," he said in a tweet.

"We wish all Georgians and all Americans a happy New Year," he added. "While I will miss serving in the Senate, I am looking forward to a wonderful 2020."

In the letter he gave Gov. Brian Kemp about his decision to step down, he said "it has been the honor and privilege of a lifetime" to serve Georgia in the Senate since 2005.

But his career in pubic service started long before that 2004 election. According to his website, Iskason is the first Georgian ever to have been elected to the state House, state Senate, U.S. House, and U.S Senate.

He's been the chairmen of the Senate Committee on Veterans' Affairs since 2015 -- a passion that's close his heart because he's a Veteran himself. He served in the Georgia Air National Guard from 1966 to 1972.

Isakson is respected by not only by Republican colleagues, but by Democrats as well - including Congressman John Lewis. Congress members took the time to honor him last month from the US House Floor.

Lewis called him a special man who was always willing to work across the aisle.

"Thank you brother for your service," Lewis said.

Now that he is leaving the Senate, Gov. Kemp named Atlanta businesswoman Kelly Loeffler to fill Isakson's seat until an election is held in November.