With early voting starting in less than a month, the Bibb commissioners are showing their support for possible changes to where and when voters can cast their votes. 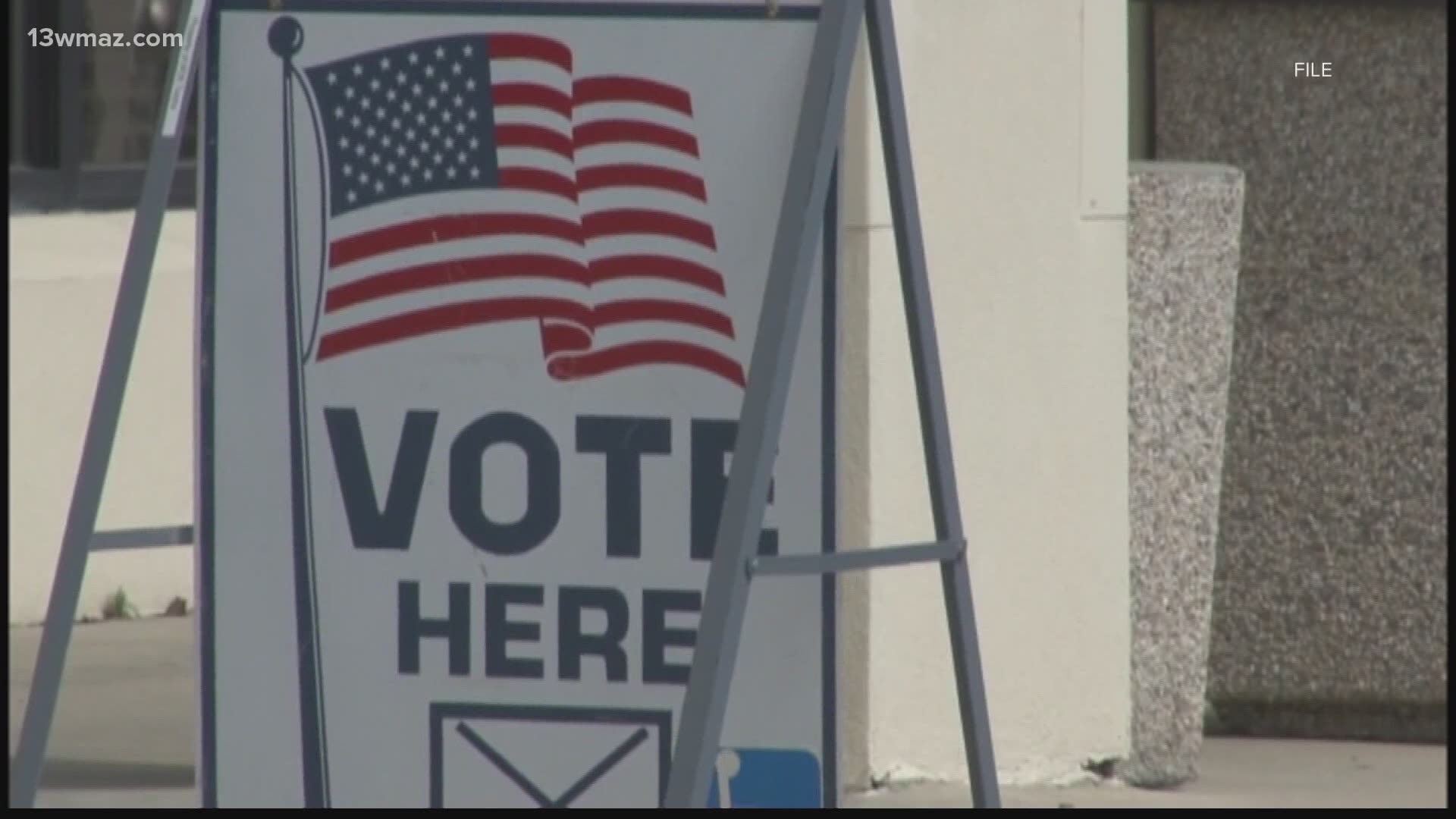 MACON, Ga. — In Tuesday night's commission meeting, commissioner Elaine Lucas sponsored a resolution, supporting some changes that the county's board of elections may put in place.

"There's no good reason that anybody can come up with that says that we should limit access to voting for all citizens," says Lucas.

In a 5-3 vote, the resolution was approved. Now the board of elections can decide whether or not to add two more early voting locations, add one more absentee ballot drop box downtown, and make Sunday, October 25 another early voting day. The Sunday voting topic was what made the three commissioners vote no.

"Sundays now are days where most folks worship, but it's also a day that we can offer one more opportunity for people to go vote," says Lucas.

If passed, the two extra early voting locations would be on Wimbish Road in North Macon and at the Elaine Lucas Senior Center in Central City Park.

Reverend Sheknita Davis of Bibb Mt. Zion Baptist Church says she and other church staff stress the importance of voting every election year.

"As a community we should say we care about every person's voice being heard and we want to encourage you to come out and exercise your right to vote so we're making it available," says Davis.

Davis is also in charge of community engagement for the church and says it's important for everyone to have easy access to polling locations and a day where most people will be off from work.

"Gives the opportunity to have more people actually turn out and vote if it's closer to me versus I may have to find transportation, and then adding the additional voting day on a Sunday as well helps people to develop a voting plan," she says.

Davis says her church will continue to  spread the word about key election dates coming up.

The church will also be hosting a voter registration drive on Sunday, September 27, at 12 p.m.

During the commission meeting, Bibb commissioners also approved over $400,000 for the board of election to use for 2020 election duties.

The board of elections will vote on the Commission resolution Thursday.