Roughly 100,000 'obsolete and outdated' Georgia voter files to be removed

Sec. of State Brad Raffensperger made the announcement on Friday. 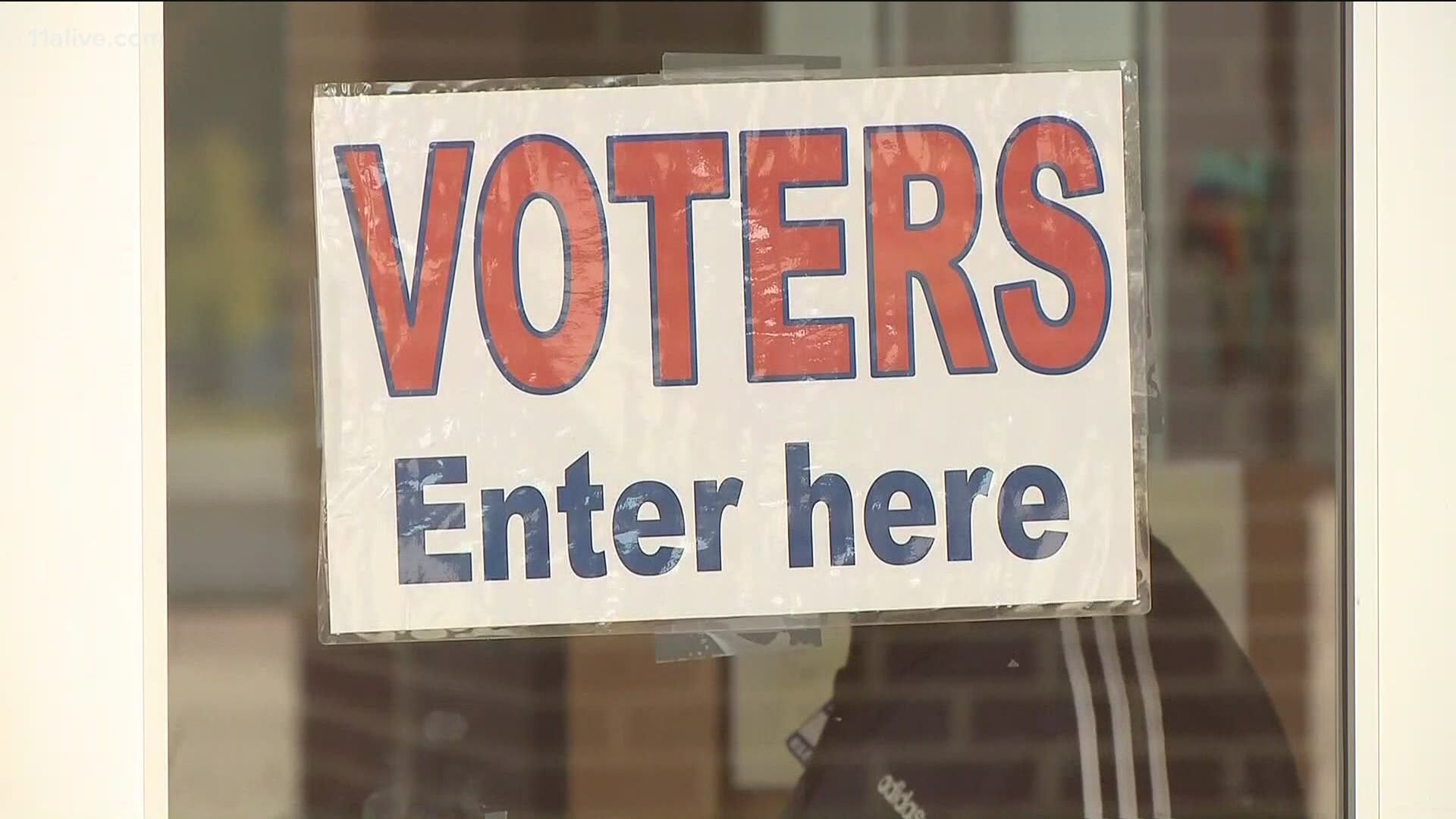 ATLANTA — Georgia. Sec. of State Brad Raffensperger released a list of roughly 100,000 names on Friday that will be removed from the state's voter rolls.

Raffensperger, in a release, characterized 101,789 voter registrations as "obsolete and outdated voter files," and said another 18,486 had been canceled for people who had died.

Federal law prohibits mass voter list maintenance in the periods around elections, aside from monthly removal of convicted felons and people who have died, which the secretary cited as the reason for the size of the removal. Raffensperger's release said it was "first major cleaning of the voter rolls since 2019."

The maintenance practice has typically faced opposition in the past, with activists criticizing it as a purge. The removal of roughly 200,000 voters in December 2019 was the subject of a lawsuit that judges ruled against last year.

Raffensperger's office has defended it as a lawful and regular practice.

“Making sure Georgia’s voter rolls are up to date is key to ensuring the integrity of our elections,” Raffensperger said in a statement. “That is why I fought and beat Stacey Abrams in court in 2019 to remove nearly 300,000 obsolete voter files before the November election, and will do so again this year. Bottom line, there is no legitimate reason to keep ineligible voters on the rolls.”

It's not clear if any voters on the list will have an avenue to challenge their removal, if they believe they should still be on the rolls.

The bulk of the canceled registrations - more than 67,000 - belong to "voter files associated with a National Change of Address form submitted to the U.S. Postal Service," Raffensperger's office said.

The secretary said most of the rest - more than 34,000 - were "voter files that had election mail returned to sender."

There were 276 cancellations of voters who had not had contact with elections officials in five years.

The more than 18,000 voter registrations canceled for people who died were "based on information received from Georgia’s Office of Vital Records and the Electronic Registration Information Center (ERIC), an interstate partnership of 30 states and the District of Columbia focused on maintaining accurate voter rolls," the secretary's office said.

Raffensperger said there was no record of any of those people having voted in the 2020 election or January runoffs.