American Airlines and Dell Technologies publicly declared their opposition to Republican legislative proposals that would impose new restrictions on voting. 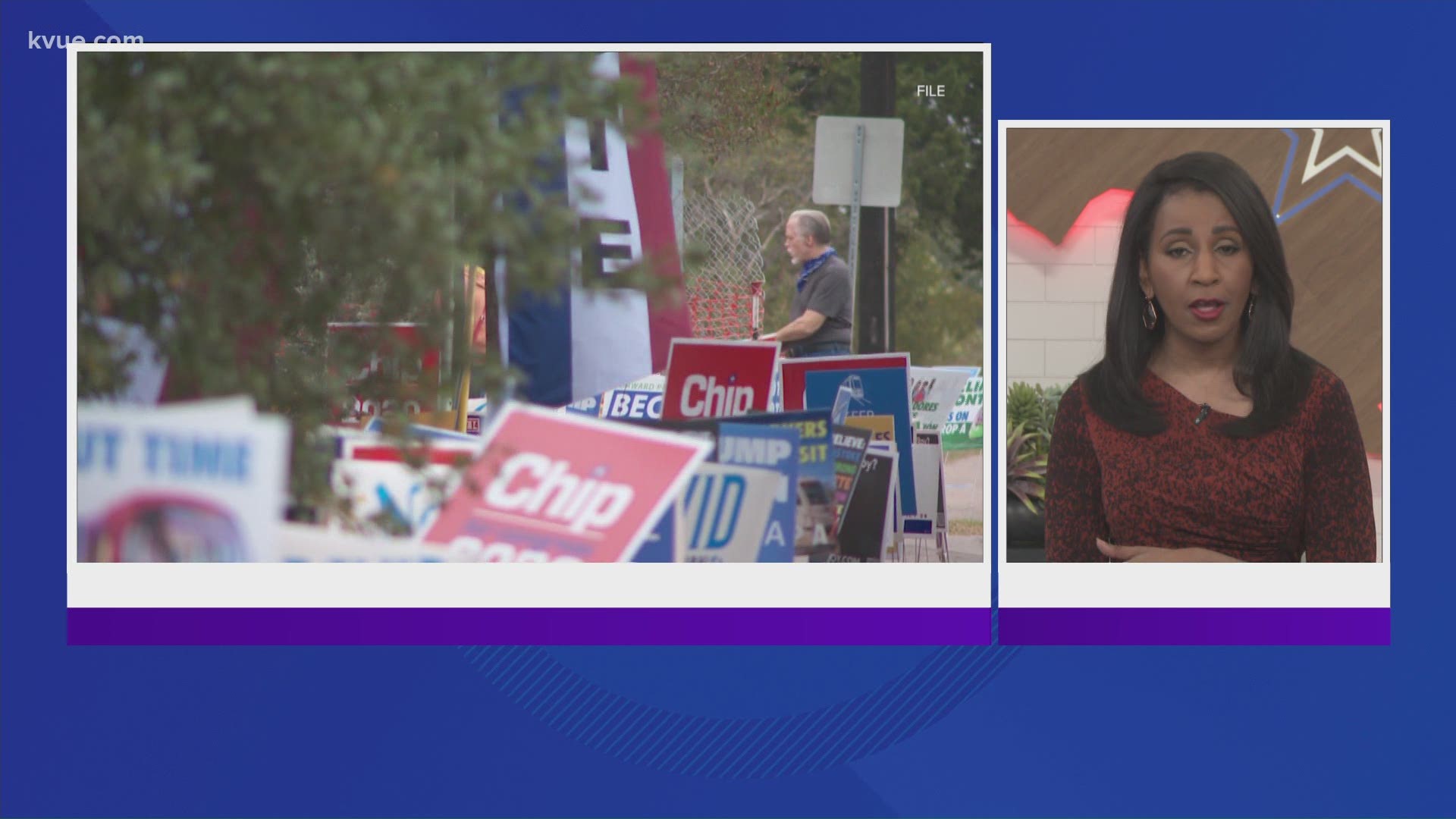 (THE TEXAS TRIBUNE) – Multiple major corporations based in Texas spoke out Thursday in opposition to Republicans’ legislative proposals to further restrict voting in Texas.

Corporate giants American Airlines, based in Fort Worth, and Dell Technologies, headquartered in Round Rock, were among the first to take a position. American Airlines took specific aim at Senate Bill 7, which would impose sweeping restrictions that take particular aim at local efforts meant to make it easier to vote — like extended early voting hours. Senate Republicans advanced that measure in a 2 a.m. vote Thursday.

“Earlier this morning, the Texas State Senate passed legislation with provisions that limit voting access. To make American’s stance clear: We are strongly opposed to this bill and others like it,” the company said in a statement.

Dell Technologies CEO Michael Dell declared his company’s opposition to House Bill 6, another voting proposal, in a Twitter post. That legislation would prohibit local election officials from proactively sending out applications for mail-in ballots and impose new rules for people assisting voters to fill out their ballots.

The House Elections Committee on Thursday was hearing public testimony on the proposal that was expected to continue into the night.

“Free, fair, equitable access to voting is the foundation of American democracy. Those rights — especially for women, communities of color — have been hard-earned,” Dell said. “Governments should ensure citizens have their voices heard. HB6 does the opposite, and we are opposed to it.”

Both measures are legislative priorities for Texas Republicans, who this year are mounting a broad campaign to scale up the state’s already restrictive voting rules and pull back on local voting initiatives championed in diverse urban centers, namely in Harris County, during a high-turnout election in which Democrats continued to drive up their margins. That push echoes national legislative efforts by Republicans to change voting rules after voters of color helped flip key states to Democratic control.

Also on Thursday, AT&T and Southwest Airlines, both based in Dallas, issued statements that didn't mention any specific legislation, but expressed broad support for voting rights.

"The right to vote is foundational to our democracy and a right coveted by all. We believe every voter should have a fair opportunity to let their voice be heard," the statement from Southwest Airlines said.

AT&T's statement said it would be working with the Business Roundtable "to support efforts to enhance every person’s ability to vote."

"We understand that election laws are complicated, not our company’s expertise and ultimately the responsibility of elected officials," the statement said. "But, as a company, we have a responsibility to engage."

The statements come just a day after Black business leaders called on corporations to publicly oppose Republican-proposed restrictions across the country — a response to new restrictions in Georgia that were recently passed into law with little opposition from major companies.

SB 7 is one of the broadest proposals under consideration during the 2021 Texas legislative session. Beyond prohibiting extended or overnight voting hours meant to accommodate shift workers, it would outlaw drive-thru voting, make it illegal for local election officials to proactively send applications to vote by mail to voters, allow partisan poll watchers to video record some voters who receive assistance to fill out their ballots and set specific rules for the distribution of polling places in the state’s largest counties — most of which are either under Democratic control or favored Democrats in recent national and statewide elections.

The legislation has been offered under the banner of “election integrity,” with state Sen. Bryan Hughes, R-Mineola, defending it as a measure that “standardizes and clarifies” voting rules so that “every Texan has a fair and equal opportunity to vote, regardless of where they live in the state.”

“Overall, this bill is designed to address areas throughout the process where bad actors can take advantage, so Texans can feel confident that their elections are fair, honest and open,” Hughes said at the start of the Senate debate on the bill.

In response to American Airlines' opposition, Lt. Gov. Dan Patrick — who deemed SB 7 a legislative priority — released a statement in which he argued the legislation included "comprehensive reforms that will ensure voting in Texas is consistent statewide and secure."

“Texans are fed up with corporations that don’t share our values trying to dictate public policy," Patrick said.

But the legislation has been met by fierce opposition from Democrats and a collection of civil rights organizations that have warned its restrictions — and its focus on local initiatives pushed in Harris County — could lead to intimidation and disenfranchisement of voters of color and voters with disabilities. That coalition now includes representatives of corporate America.

“Any legislation dealing with how elections are conducted must ensure ballot integrity and security while making it easier to vote, not harder,” the American Airlines statement read.

As the House Elections Committee's heard public testimony on the bill late Thursday, Microsoft also raised concerns with HB 6's prohibition on sending vote-by-mail applications to voters who haven’t requested — an initiative taken up by several Texas counties as voters sought to avoid the dangers of in-person voting during a pandemic.

Some counties sent applications to voters 65 and older, who automatically qualify to vote by mail in Texas, while Harris County's attempted to send applications to all 2.4 million registered voters in the county with specific instructions on how to determine if they were eligible. That effort was ultimately blocked by the state courts, teeing up Republicans' legislative proposals to prevent a repeated attempt through both HB 6 and SB 7.

“Microsoft is headquartered near Seattle in a county and state where our elections are conducted entirely by mail, and where our first-hand experience leads us to believe that voting-by-mail can make voting more convenient and more secure,” the tech giant's statement read. “For that reason, we would encourage you to explore ways to make the secure use of absentee ballots more accessible for all Texas voters.”

It remains to be seen if the corporate opposition to Republicans' proposals will match the barrage of outcry during the Texas Legislature’s 2017 debate over a so-called “bathroom bill” to restrict transgender Texans’ access to public facilities.

That year, transgender women, men and children from across Texas descended on the Capitol to testify about how the proposal could endanger their lives. They were joined by a broad faction of businesses — from local enterprises to top corporate executives, including the heads of dozens of Fortune 500 companies — in rallying opposition to the legislation, which failed to pass.

"Major Texas employers are stepping up and speaking out against voter suppression, and for good reason. Texas should not go down the same path as Georgia," said former House Speaker Joe Straus, the San Antonio Republican who helped bottle up the bathroom bill in the House. "It’s bad for business and, more importantly, it’s bad for our citizens."

“We are calling for the business community to take a strong stand against current attempts to pass voter suppression legislation that amounts to Jim Crow 2.0,” the groups said in the ads. “It must not be business as usual.”

Disclosure: Dell and MOVE Texas have been financial supporters of The Texas Tribune, a nonprofit, nonpartisan news organization that is funded in part by donations from members, foundations and corporate sponsors. Financial supporters play no role in the Tribune's journalism. Find a complete list of them here.

This story originally appeared in The Texas Tribune.

The Texas Tribune is a nonprofit, nonpartisan media organization that informs Texans — and engages with them — about public policy, politics, government and statewide issues.