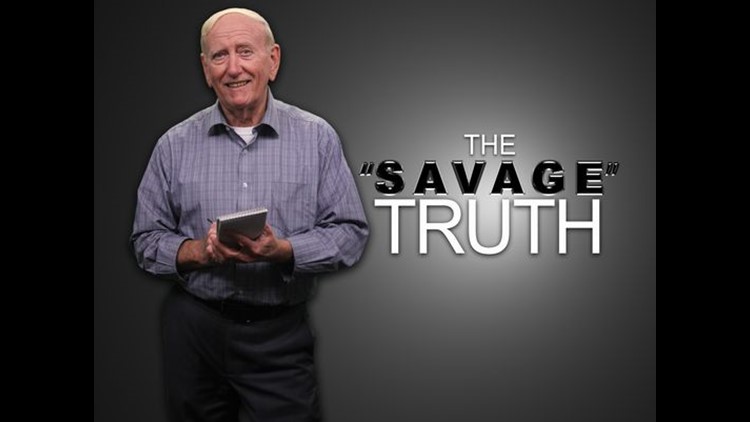 Terry, the 36-year-old Democratic mayor of Clarkston, recently announced that he’ll seek Georgia’s U.S. Senate seat up for election in 2020. Former Columbus Mayor Teresa Tomlinson is another Democrat in the race. Other Democrats, such as defeated 6th District congressional candidate Jon Ossoff, are pondering the race.

In metro Atlanta, Terry is known as "the millennial mayor," in part because he brought millennial thinking into Clarkson’s political arena. In 2016, he initiated an ordinance that decriminalized possession of small amounts of marijuana. Clarkston was the first Georgia city to do that. Macon-Bibb County did it last month, three years after Clarkston.

Terry calls RAISE a “complete disaster”, a phrase Trump often uses when discussing something or someone he doesn’t like.

“I’m running on my record,” an Atlanta publication recently quoted Terry as saying. “We were on the cutting edge in Clarkston. My record as mayor has always been to challenge the establishment and disrupt the system, and being elected to the U.S. Senate would be the biggest threat to the established order.”

When Perdue announced his candidacy the first time, he said he’d serve two terms and that would be it. Twelve years in the Senate, he said, is enough for anyone. His primary theme in the 2014 election cycle was that Washington needs to change directions. He plans to push that theme again next year. He’s also expected to pat himself on the back for his unwavering support of Trump's agenda.

Perdue’s close and friendly relations with Trump might work for the senator in his re-election bid next year. It’s highly probable that Perdue and Trump will make a few campaign stops in the Peach State where American flags are being waved and patriotic music played.

If Perdue and Terry become their party’s nominees, it’ll be interesting to see whether Georgia voters accept Terry’s liberal approach or embrace Perdue’s conservative doctrines again. At this stage, Las Vegas bookies are banking on Perdue.