Bear cubs lock themselves in a Gatlinburg van, then honk until a human let them out 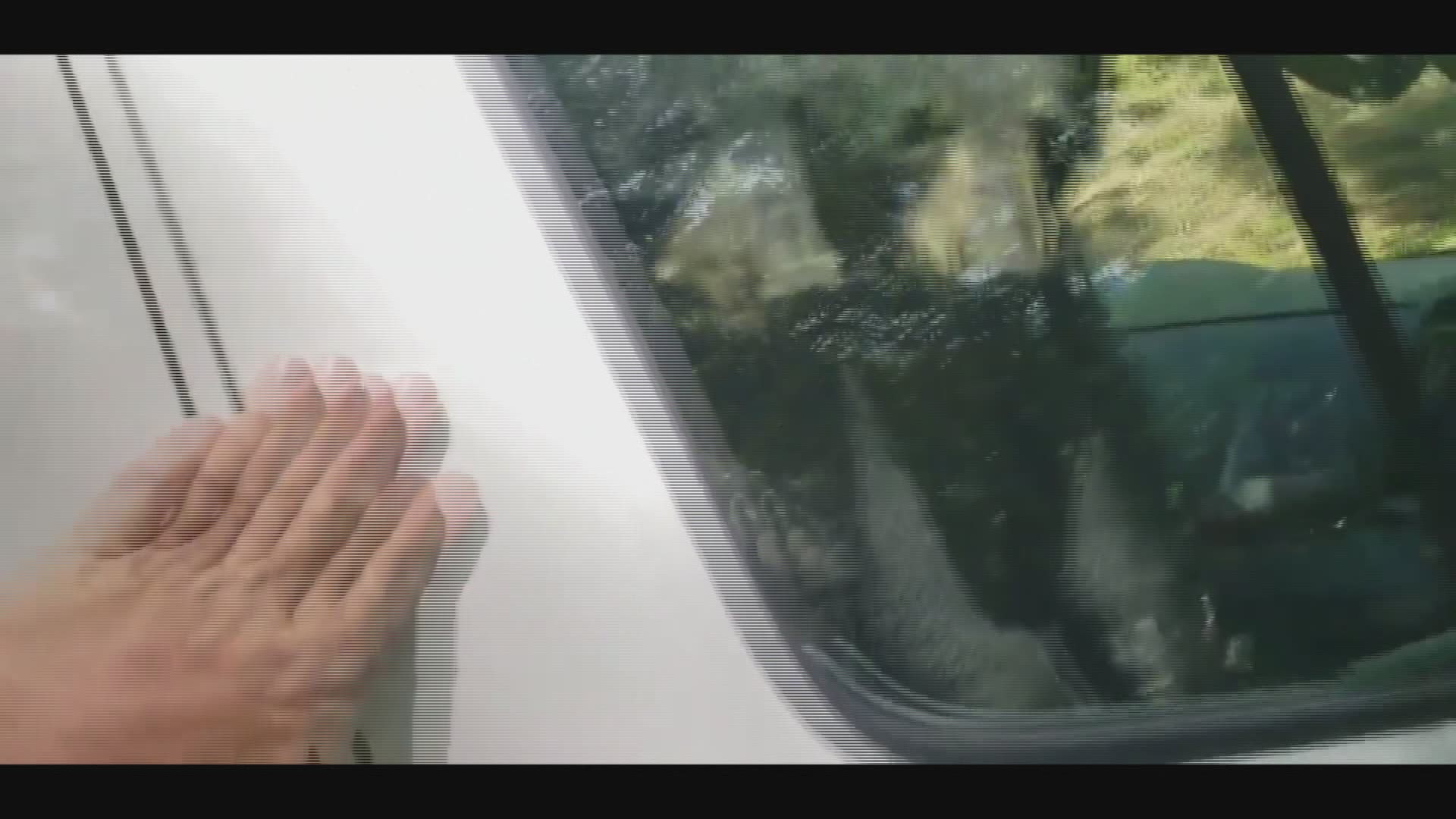 GATLINBURG, Tenn. — The next time you hear a car honking in Gatlinburg, just remember - there's a real-life chance that it's a bear pressing the horn.

Jeff Stokely works with A.S.A.P. Security Systems. He parked his van outside a customer's house in Gatlinburg on Friday, and got to work. It wasn't long before he started hearing a car horn blowing from somewhere. He says it was about 20 minutes before it occurred to him that it might be his own van.

So he went to investigate.

RELATED: Adorable! Watch as Gatlinburg bear cubs hop in a hot tub to beat the heat, cuddle with mom

By the time he discovered there were two small bears honking his van's horn, several interesting things had already developed:

Stokely deduced the bears had climbed in through the driver side door - but that door was now closed. And locked. Stokely believes the bears must have hit the lock button once they were inside.

After capturing the wandering intruders on video, Stokely opened the back door to the van. The two cubs eventually lumbered out and returned to the woods.

Credit: Jeff Stokely
Bears lock themselves in a Gatlinburg van and honk the horn.

One question still remains... where was momma bear? That was a big concern for Stokely, so he was cautious as he dealt with the little guys in the van, keeping an eye out for an overprotective mother. But he said they never saw her.

RELATED: WATCH: A Cades Cove visitor confronted a momma bear and her cubs, so she charged

RELATED: This trio of popcorn-lovin' bears made easy work of a family's brand new Silverado

RELATED: Baby bears are everywhere! Keep an eye out for these cute critters