The 7-foot alligator was later captured while wandering around the parking lot of Lehigh Acres Health & Rehab. 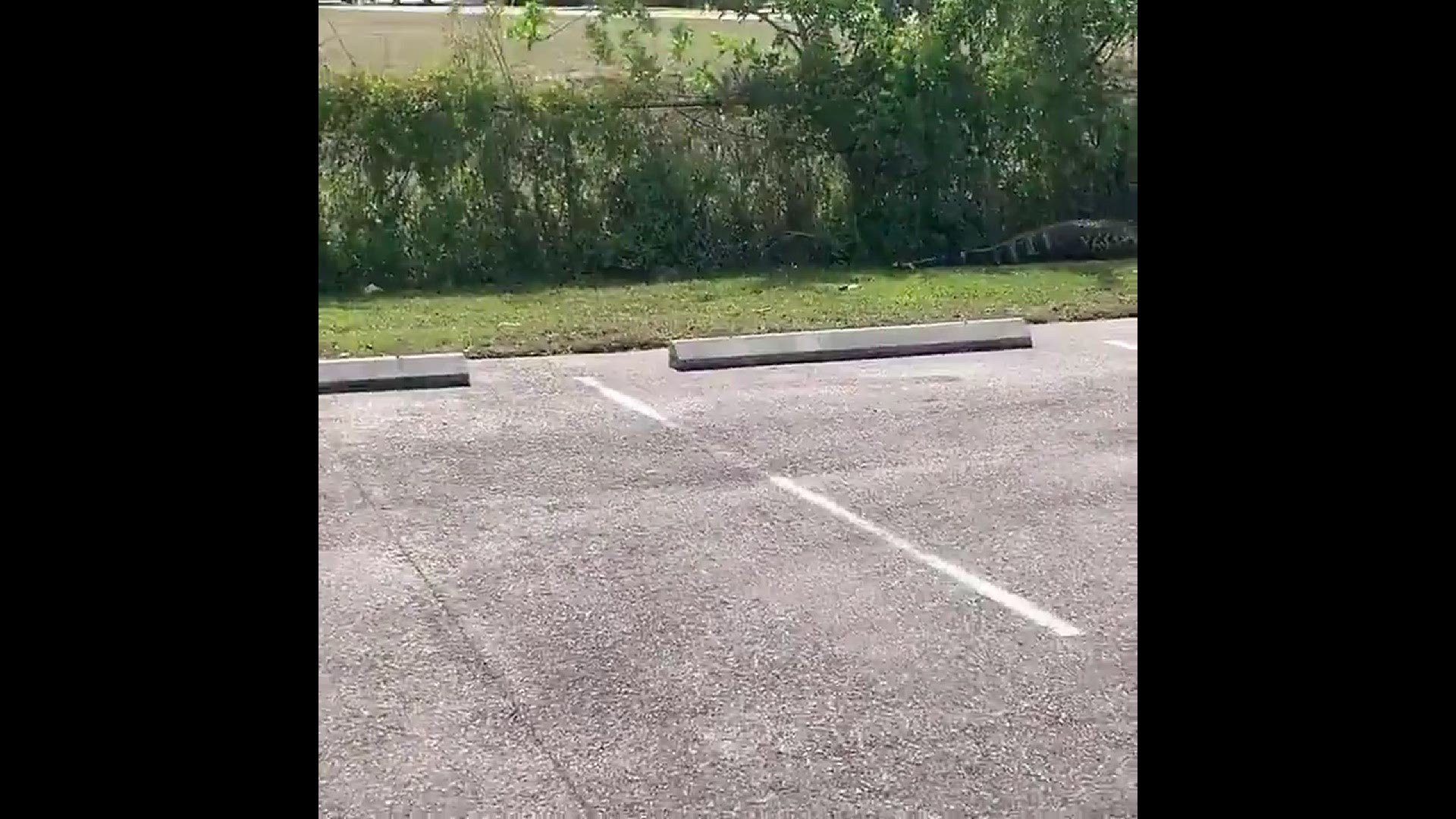 LEHIGH ACRES, Fla. — All people wanted to do was get their chicken nuggets in peace, but one Florida gator had other plans for them.

The Florida Fish and Wildlife Conservation Commission (FWC) and the Lehigh Acres Fire Department captured a 7-foot alligator that was wandering around the parking lot of Lehigh Acres Health & Rehab on Lee Boulevard Monday, per NBC-2.

So clearly, he was making his rounds.

Wildlife officials said they believe the gator was just trying to go from one body of water to another in its journey across Lee Boulevard. Thankfully, no injuries were reported, per NBC-2.

A trapper is relocating the gator to a farm in LaBelle.

FWC has some tips if you happen to run into a gator:

"If you’re concerned about an alligator, call the Nuisance Alligator Hotline at 866-FWC-GATOR (866-392-4286), and we will dispatch a contracted nuisance alligator trapper to resolve the situation."

Read more on their guidelines here.