Jimmy Fletcher Meders had his sentence commuted to life without parole. 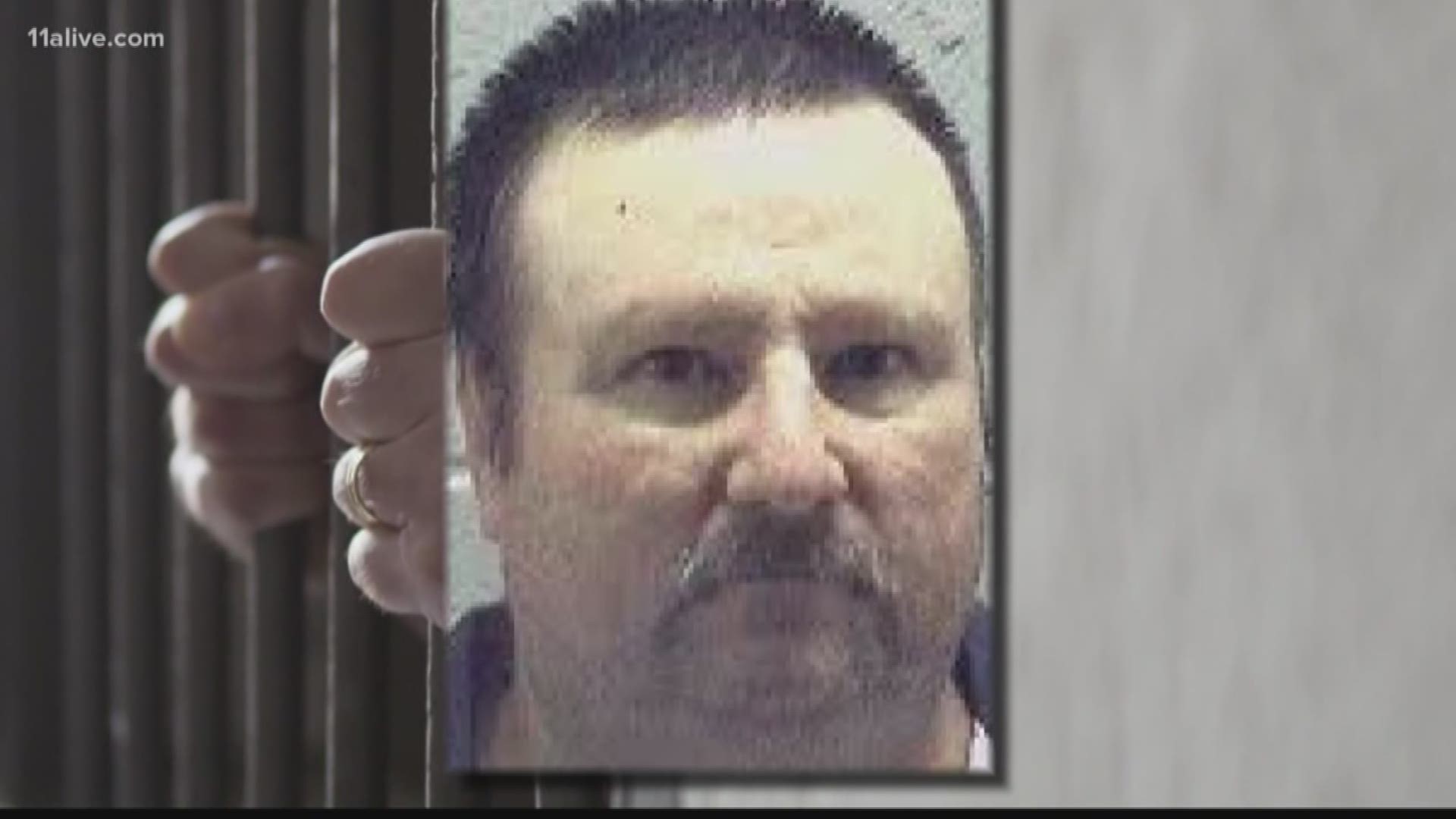 ATLANTA — On the same day Jimmy Fletcher Meders, a Georgia death row inmate, was scheduled to be executed he was granted clemency.

His death sentence was commuted to life without parole, the state parole board said in a release. His execution was scheduled for 7 p.m. Thursday.

"The Board cited Meders’ lack of a criminal record prior to committing his offense, his commission of only one minor infraction in over 30 years on death row, the jury’s explicit desire during deliberations to impose a life without parole sentence which was legally unavailable at the time, and every living, able juror’s continued support for such a sentence," the state parole board said.

Meders was given the death sentence for the 1987 Glynn County murder of convenience store clerk Don Anderson.

According to a Georgia Supreme Court decision, Meders and three other men had been drinking throughout the day of Oct. 13, 1987. At 2:30 a.m. on Oct. 14, Meders and another man went into a convenience store to get food.

"When the cashier opened the register, Meders shot him in the chest with a .38 caliber revolver. The victim hit the wall and fell to the floor," the Supreme Court decision says, outlining the history of the case. "Meders then shot him again, in the head."

Meders then took the money from the cash register, and drove to a motel, where he told one of the men he'd been with earlier in the day that he "just blowed off a man's head over 38 dollars."

He was arrested shortly after that, found with "bait" money kept in the store register. The gun was found under the mattress of his waterbed.

Meders' attorneys earlier made the argument this week that the surviving jurors from the trial would have opted for a life without parole sentence if they could have, the Associated Press reported.

The board said it met on Wednesday to consider Meders' case.

The 58-year-old's final meal had already been announced earlier this week. It was to be ten chicken strips, two bacon cheeseburgers, french fries, soda, and a pint of vanilla ice cream, the Georgia Department of Corrections said.

There have been 74 men and one woman executed in Georgia since the U.S. Supreme Court reinstated the death penalty in 1976.

Meders would have been the 53rd inmate put to death by lethal injection. There are currently 43 men and one woman under death sentence in the state.