Law enforcement agents in Georgia and neighboring states conduct the operation every year. 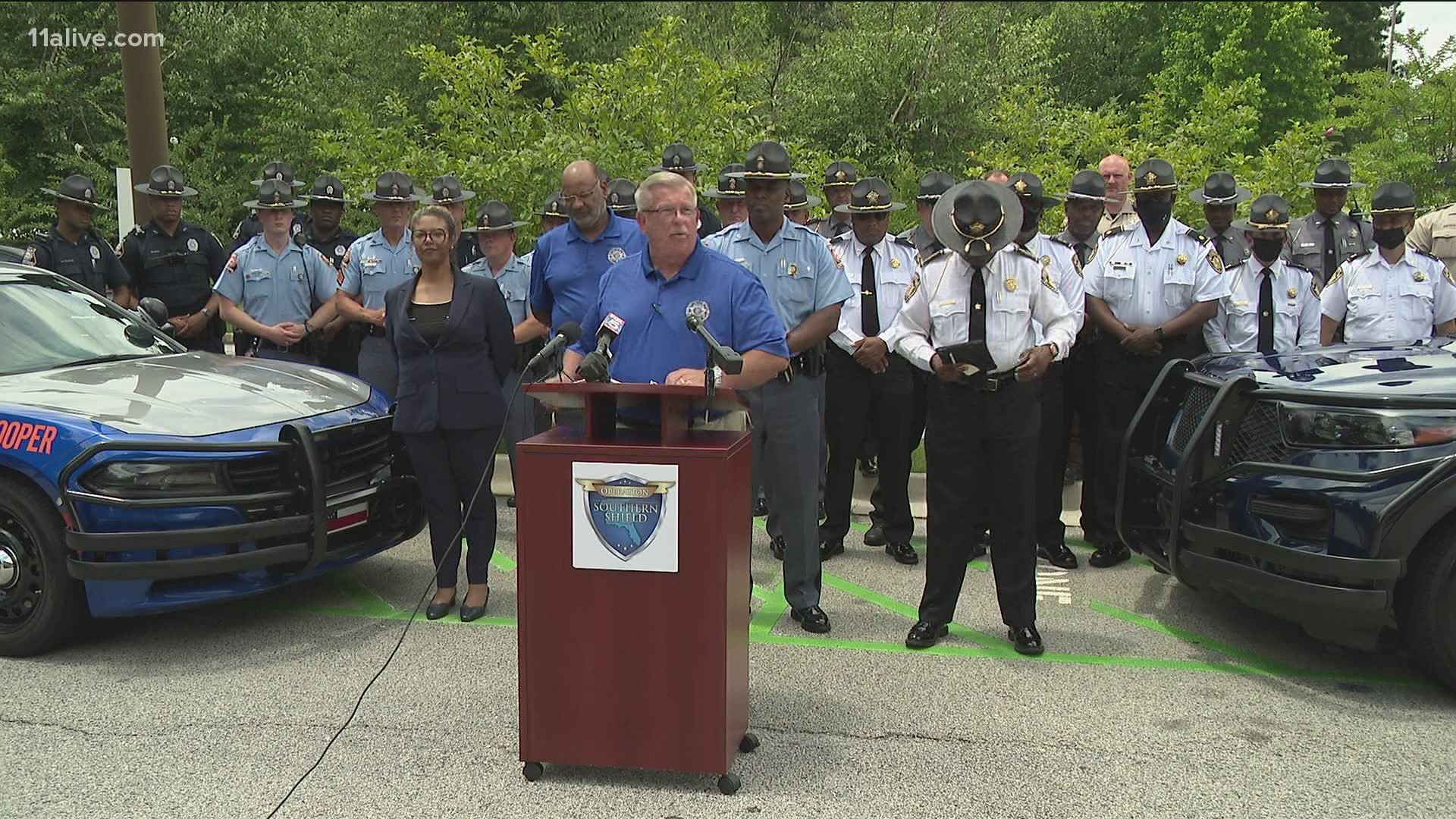 Georgia drivers need to be on their best behavior starting Monday, as this year's "Operation Southern Shield" begins.

The speeding crackdown is an annual summer initiative involving Georgia law enforcement agencies, in particular the Georgia State Patrol, as well as agencies in neighboring states.

"This is an annual speed enforcement and awareness campaign that aims to reduce Georgia's speed-related crashes, injuries and fatalities by preventing the crashes to begin with," the Governor's Office of Highway Safety said in a Facebook post this week. "This year will be even more important as both Georgia and the nation have seen an increase in reckless speeding and overall fatalities."

Previous data from GDOT has shown that Operation Southern Shield often makes an measurable impact. In 2019, the number of traffic deaths in Georgia was 29 percent lower in the final two weeks of July as compared to the first two weeks.

This year fatal wrecks are up 13%, the Georgia Department of Transportation told 11Alive Traffic Tracker Crash Clark earlier this month. GDOT has attributed that largely to distracted and reckless driving, which increased with fewer cars on the road during the pandemic.

“Open roads were not an invitation to drive recklessly or excessively,” said Natalie Dale with GDOT.

Last year, the director of the Governor's Office of Highway Safety, Allen Poole, told 11Alive that the purpose of Operation Southern Shield "is not to write tickets but to show everyone that driving the speed limit and with your focus on the road saves lives."