The state said the man had managed to leave the facility and was later found sleeping outside with cuts and scrapes on his arms and forehead. 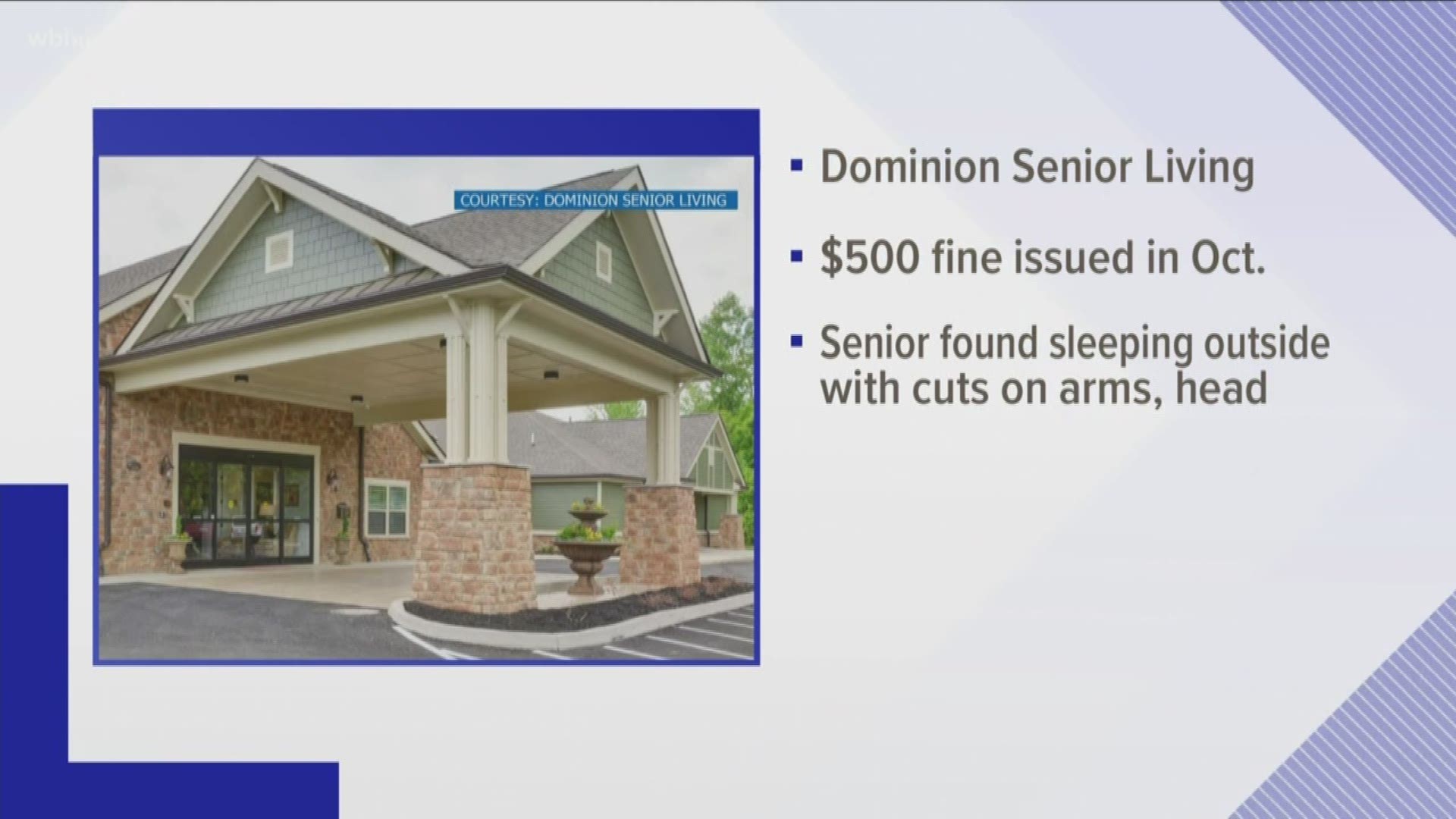 The state of Tennessee fined a Sevierville senior living facility after it allowed a man with dementia to wander outside the facility.

Court documents show Dominion Senior Living of Sevierville was penalized in October for the incident in May.

The case was brought before the Tennessee Board for Licensing Health Care Facilities. The state said the man had managed to leave the facility around 8:40 p.m. and was later found sleeping outside with cuts and scrapes on his arms and forehead.

The state said the man had a history of wandering and had previously tried to leave the facility in the past, but no measures were taken to prevent him from leaving again.

According to the disciplinary order, the facility's staff did not immediately recognize the door's egress alarm had sounded, and a nurse reset the alarm thinking she had held the door open too long for another resident's family members.

When interviewed about the incident, administration told the state they had lost awareness of the man who escaped from approximately five hours.

Staff working at Dominion Senior Living were retrained on all resident check policies and procedures, alarm response and elopement drills.