Travis Lyons almost didn't come forward but said that friends told him his story may spark more acts of kindness. 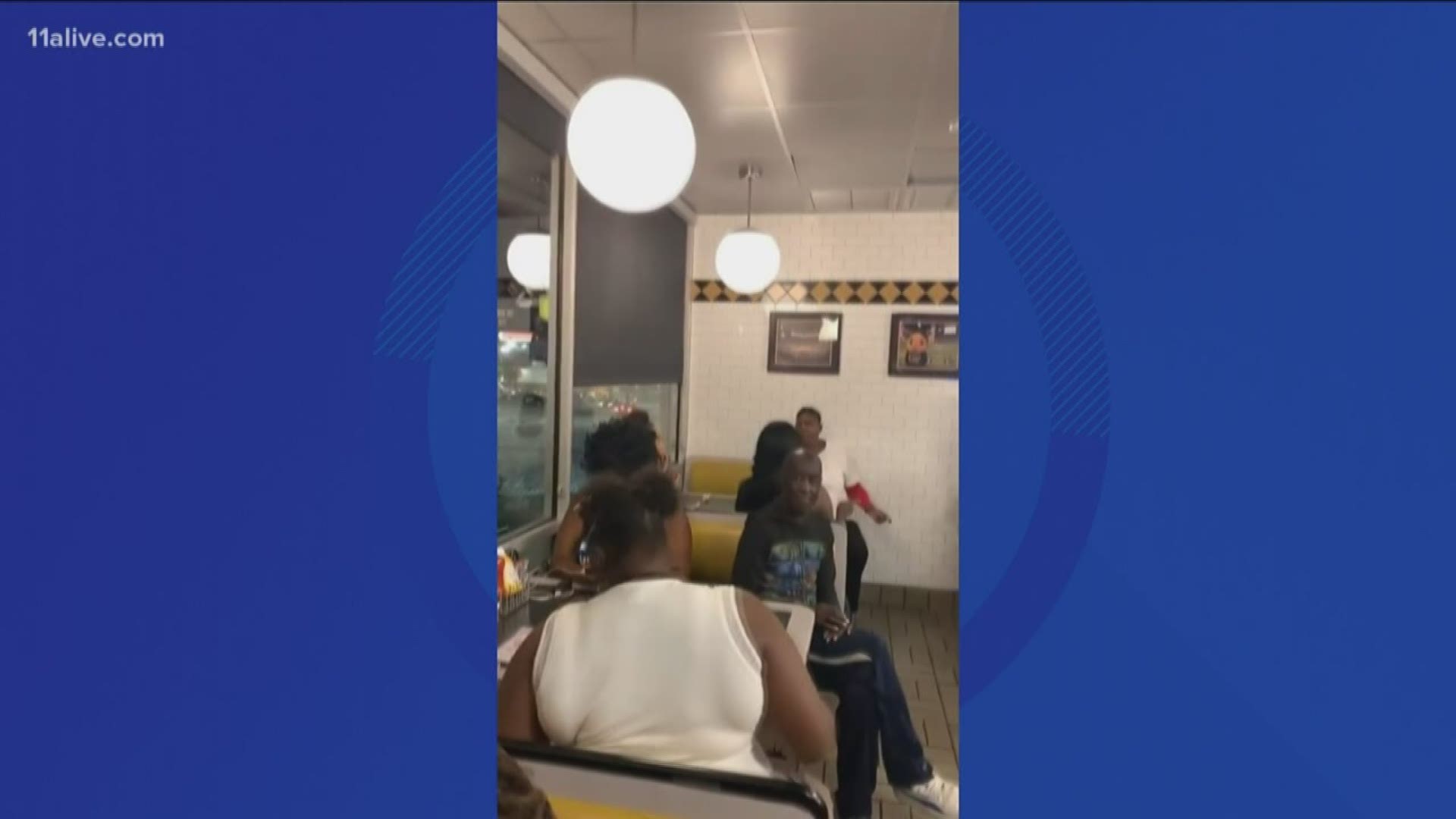 ATLANTA — It's unlikely a video of a crowd eating at an Atlanta Waffle House has ever touched so many hearts. Now, the person behind an immense act of kindness has stepped forward.

Travis Lyons said it took some coaxing from friends for him to ever admit publicly what he did that day - or that he'd been practicing these random acts of kindness for quite a while.

“One of the reasons I was so hesitant with my name being out there or my face being shown is because I don’t do it for the attention," he said. "It’s not something I want."

But when those close to him said his actions may spark more kindness among others, he decided it was OK to speak.

RELATED: ‘Be thankful for what you got’: Metro Atlanta custodian expands her giving closet to help more students and community

Lyons was leaving work and about to grab a bite to eat when he decided to ask a group near the restaurant to join him.

"I was told there's a shelter nearby and those that are sleeping outside, you know, ... weren't able to get into the shelter," he said. "So, what I do is I try to go out, I asked anyone, you know, if they're hungry. And if they are, I invite them over to Waffle House with me to sit down, eat, you know, just talk, maybe hear them out."

Regarding the day in question, Lyons said that about 25 people agreed. He suddenly went from eating alone to bringing a group big enough to fill a good portion of the restaurant.

There, he and his guests ate together and also talked. Lyons said it felt like having someone who would listen seemed to mean as much to many of them as the food itself.

“I feel like that’s the biggest thing, you know, if you’re able to listen and possibly create a smile for someone else," he said. "I mean, the food does one thing but creating the smile and the joy."

Lyons said there were opportunities, sometimes, to give advice. But, in many cases, they just wanted to be heard.

"When you ask someone who maybe hadn’t spoke to anyone else or society’s kind of dimmed the light on them just asking someone something as simple as how’s their day or how have they been," he said.

While it's the video online of this group eating with Lyons that's getting the attention, it turns out this isn't his first time taking the opportunity to help others.

He said he doesn't have a set time or schedule. But, every once in a while, Lyons pops by the Waffle House and offers a hand up to those nearby in hopes of bringing them a little happiness along with a full belly. He'd made occasional stops at that location for the last two or three months.

But this is really something that he's been doing for a good bit longer. He said he was inspired by his mother's actions when he was a child and has been carrying it forward as an adult.

"We're at a Winn Dixie and I remember my mother just bought us some food and we're walking out and someone came and asked her for a couple of dollars so they can get some food," he said. "And, she didn't have any cash on her but she did have, you know, a little bit ... she was able to purchase them something as well."

So, they went back inside and got some food off the hot bar - and she paid for it.  That was a moment that stuck with Lyons as he grew up in Florida - the oldest of four siblings.

"And, I guess that would be the first imprint for me but since then," Lyons said. "I mean, it's giving back and caring for others ... that's a passion of mine. I find joy in bringing others joy."

Lyons also said he realized he was fortunate enough that he could help people, so he does what he can to actually do it.

“Wherever I see it fit and I’m capable of lending a hand or lending an ear, if I have that time, I’m going to share it," he said.