'We are here to investigate reports of women being subjected to forced medical procedures,' a Texas representative wrote on Twitter. 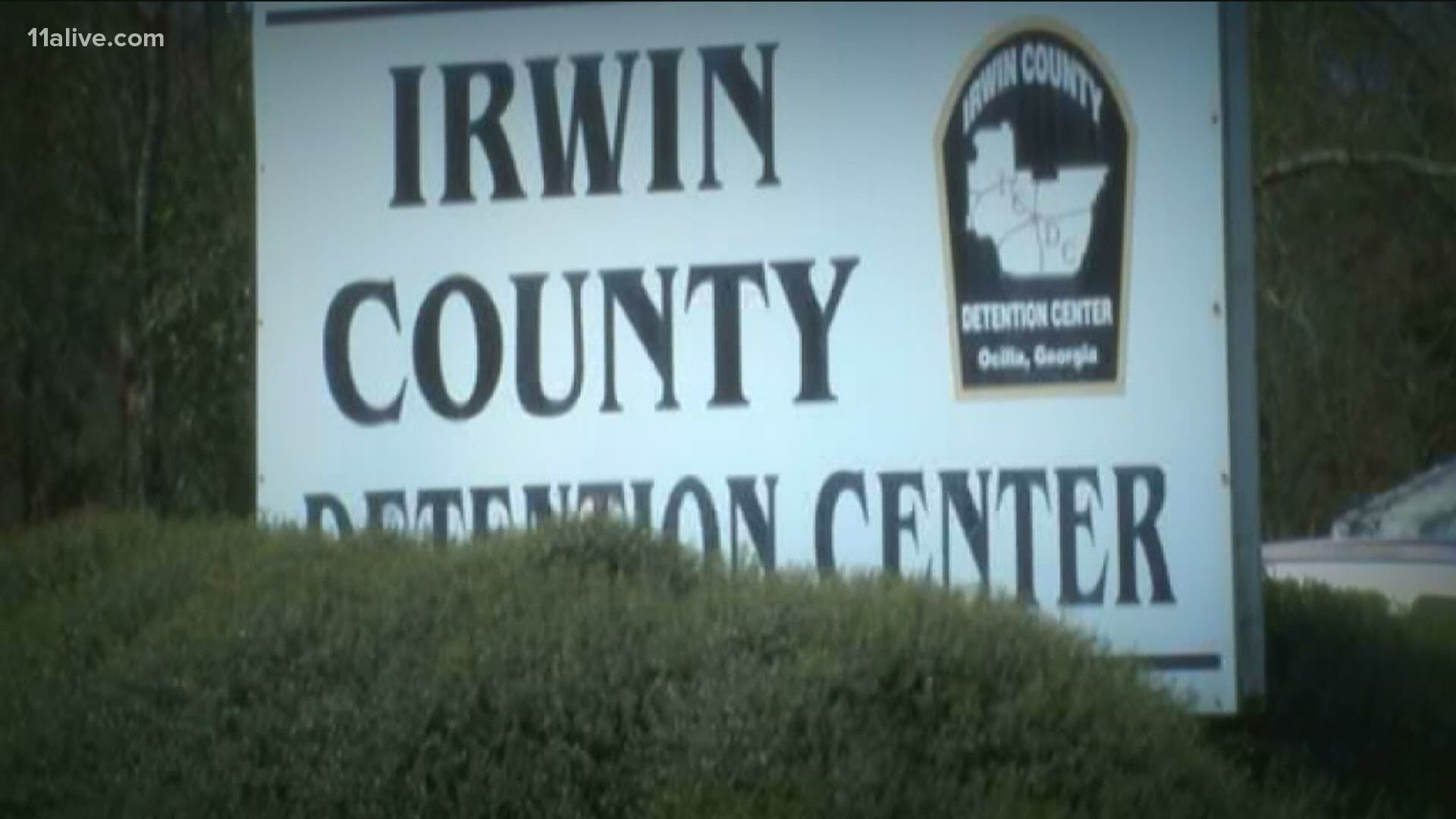 IRWIN COUNTY, Ga. — A House delegation traveled to Georgia on Saturday to inspect the controversial ICE detention center in Irwin County, where unwanted surgeries were alleged by a number of women.

Members of the House Judiciary Committee and Congressional Hispanic Caucus were among those headed to south Georgia, according to social media posts by House members.

A spokesman for Georgia Rep. Hank Johnson, who serves the 4th District east of Atlanta, confirmed he was among those in Irwin County. Social media posts by Washington Rep. Pramila Jayapal, Texas Rep. Sylvia Garcia, and California Rep. Lou Correa confirmed they were also among those in the delegation.

All four are Democrats on the Judiciary Committee.

"We are here to investigate reports of women being subjected to forced medical procedures including hysterectomies at this ICE Detention facility in Georgia," Rep. Garcia wrote.

We’ve arrived. We are here to investigate reports of women being subjected to forced medical procedures including hysterectomies at this ICE Detention facility in Georgia. pic.twitter.com/xB66qAFnFP

The facility has been the target of anger and scrutiny from Democrats, after a whistleblower nurse alleged mass hysterectomies and other gynecological procedures had been performed over a period of years by a physician, Dr. Mahendra Amin, who operated on women detained at the center.

Republicans, including Georgia Reps. Doug Collins and Austin Scott in a statement on Friday, have called the claims "at best, exaggerated and, at worst, completely fabricated."

An Associated Press investigation from earlier this month did not find evidence of mass hysterectomies, specifically, but did identify a number of women who said they had surgeries performed on them without their consent.

An immigration and civil rights lawyer, Andrew Free, told the AP there are doctors going over more records and more women coming forward to share their stories.

Free described a "systemic lack of truly informed and legally valid consent to perform procedures that could ultimately result - intentionally or unintentionally - in sterilization."

We’re investigating reports of abuse of immigrant women detained by @ICEgov, including hysterectomies & medical procedures without their consent. https://t.co/udCvm12A7b

One woman who spoke with Free said she felt she “didn’t have the opportunity to say no” to a hysterectomy.

Another woman, 30-year-old Pauline Binam from Cameroon, was "shocked" when she discovered one of her two fallopian tubes had been removed during a procedure for a separate matter, according to her attorney.

The attorney said Binam was told "they were in there anyway and found there was this problem.”

The AP has so far found Amin had performed surgery or other gynecological treatment on at least eight women detained at the facility since 2017, including one hysterectomy.

Activists have since called for the facility to be shuttered.