It will become the third national historic park in Georgia. 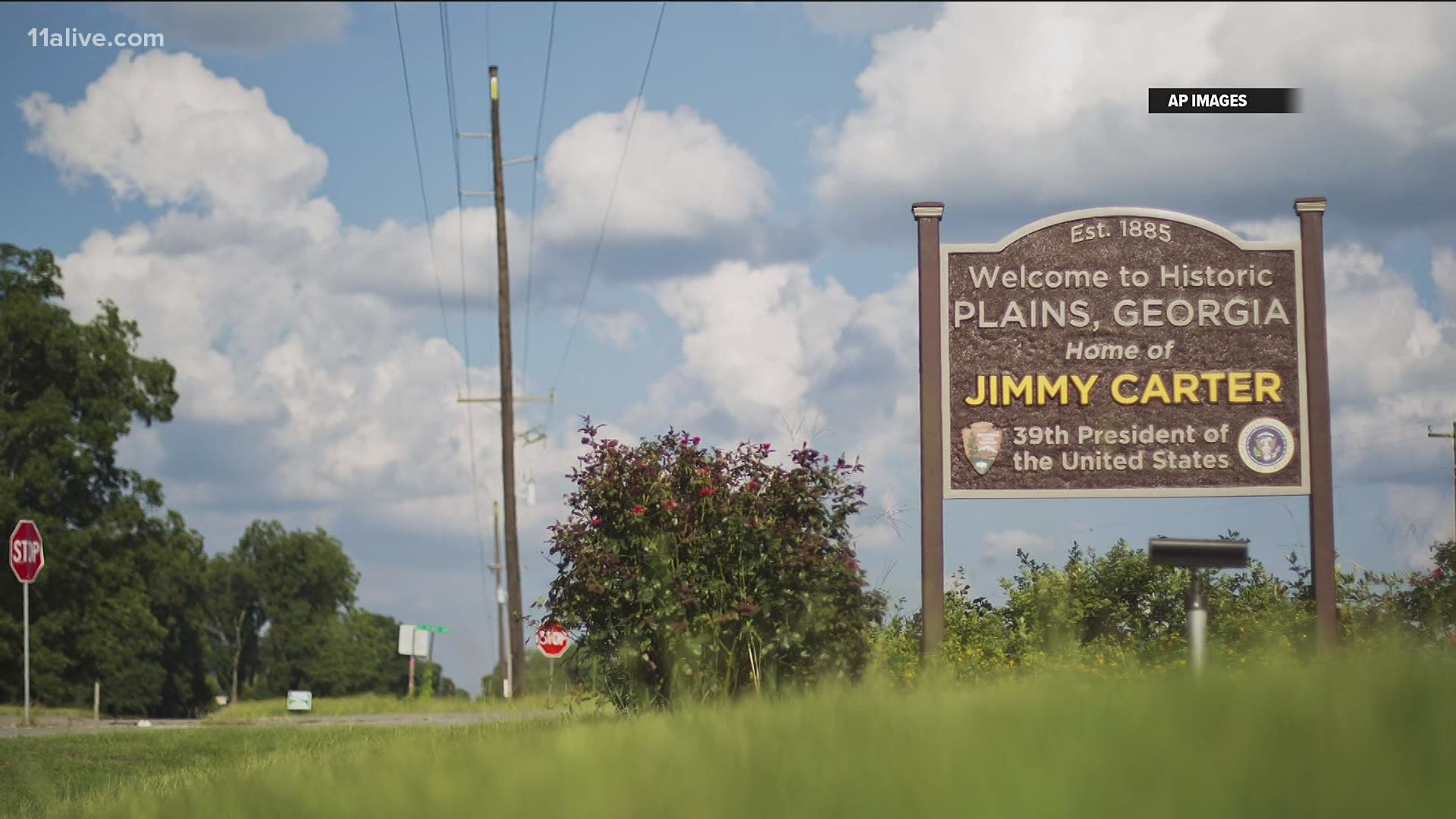 PLAINS, Ga. — The historic sites in Plains, Ga. associated with Jimmy Carter will now officially be a national historic park.

The push to re-designate the historic site into a national historical park was first made with the introduction of the bill by Rep. Sanford Bishop in Dec. 2019. This last December, it passed the Senate with the help of outgoing Republican Sens. David Perdue and Kelly Loeffler.

“No matter where life has taken me, from the Governor’s mansion to the White House, Plains has always been my home,” former President Carter said in a statement in December. “Rosalynn joins me in thanking Senator Perdue, Congressman Bishop, and the Georgia delegation for helping preserve my family’s legacy.”

The park includes four main sites: the Carter boyhood farm; Plains High School, where President and Mrs. Carter graduated from; Plains Train Depot, which served as headquarters for Carter’s presidential campaign; and, in the future, the home the Carters currently live in and their gravesites.

According to the National Park System, "Historical areas are customarily preserved or restored to reflect their appearance during the period of their greatest historical significance."