He suffered the fracture in a fall on Oct. 21 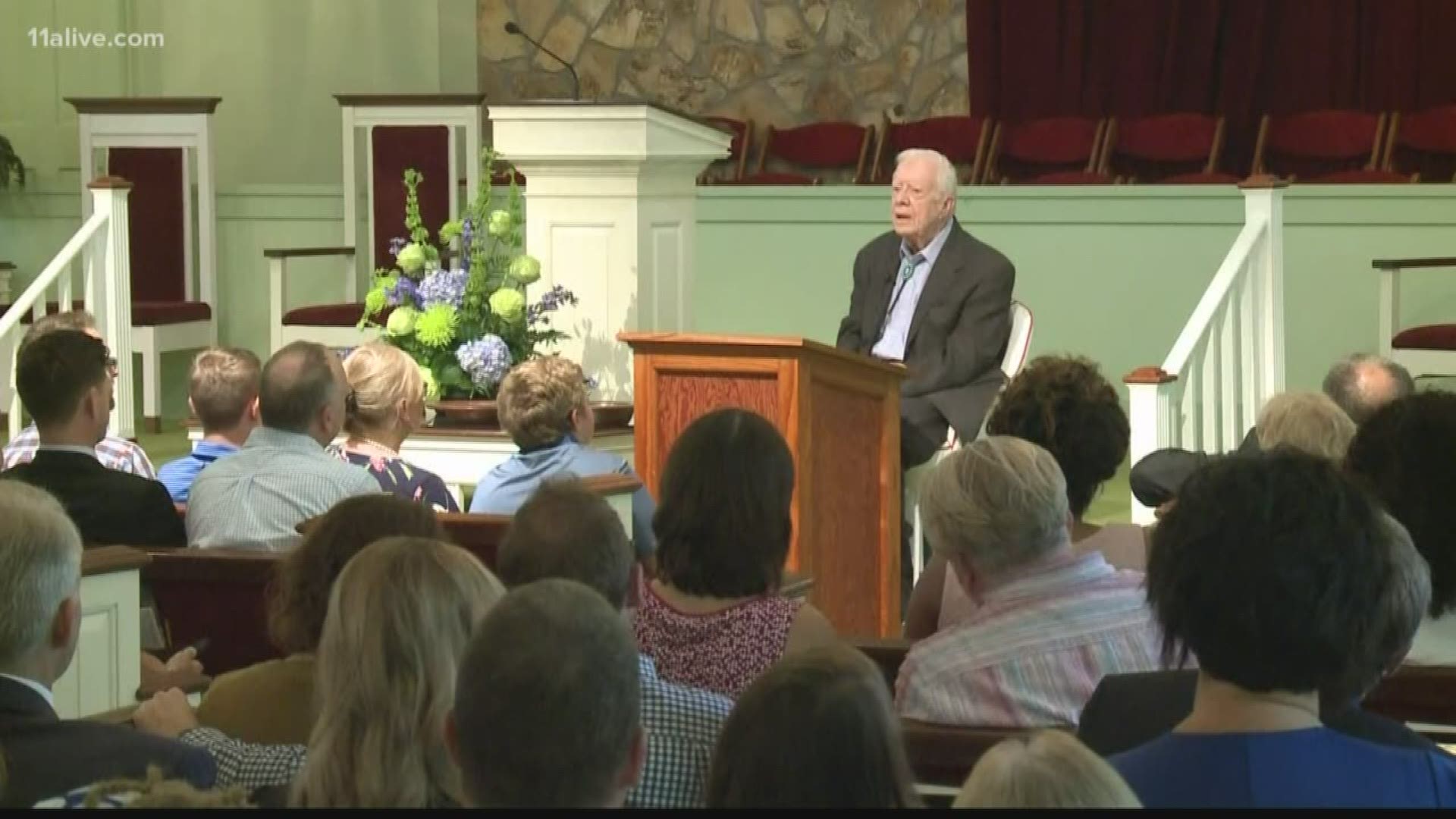 The announcement by Maranatha Baptist Church came less than a day after it had said Carter, 95, wasn't up to appearing. The former chief executive changed his mind, said a note posted on the church's Facebook page.

Carter, the oldest U.S. ex-president ever, suffered the fracture in a fall on Oct. 21 that happened shortly after another tumble in which he hit his head and required stitches.

Carter has been teaching Sunday school for decades, and big crowds typically show up at his small church in Plains, Georgia, to hear his lessons. He missed last Sunday because of the injury.

Aides have said Carter is recovering at home following a hospital stay. He lives only a short distance from the church, located in rural southwest Georgia.

Carter has fallen at least three times this year, and the first incident in the spring required hip replacement surgery. He traveled to Nashville, Tennessee, and helped build a Habitat for Humanity home after getting 14 stiches following a fall on Oct. 6.

While Carter used to stand as he taught the class, which is held in the sanctuary, he has used a chair with a motorized seat lift in recent months.

The 39th president received a dire cancer diagnosis in 2015 but survived and has since said he is cancer-free.

Jimmy and Rosalynn Carter are now the longest-married presidential couple