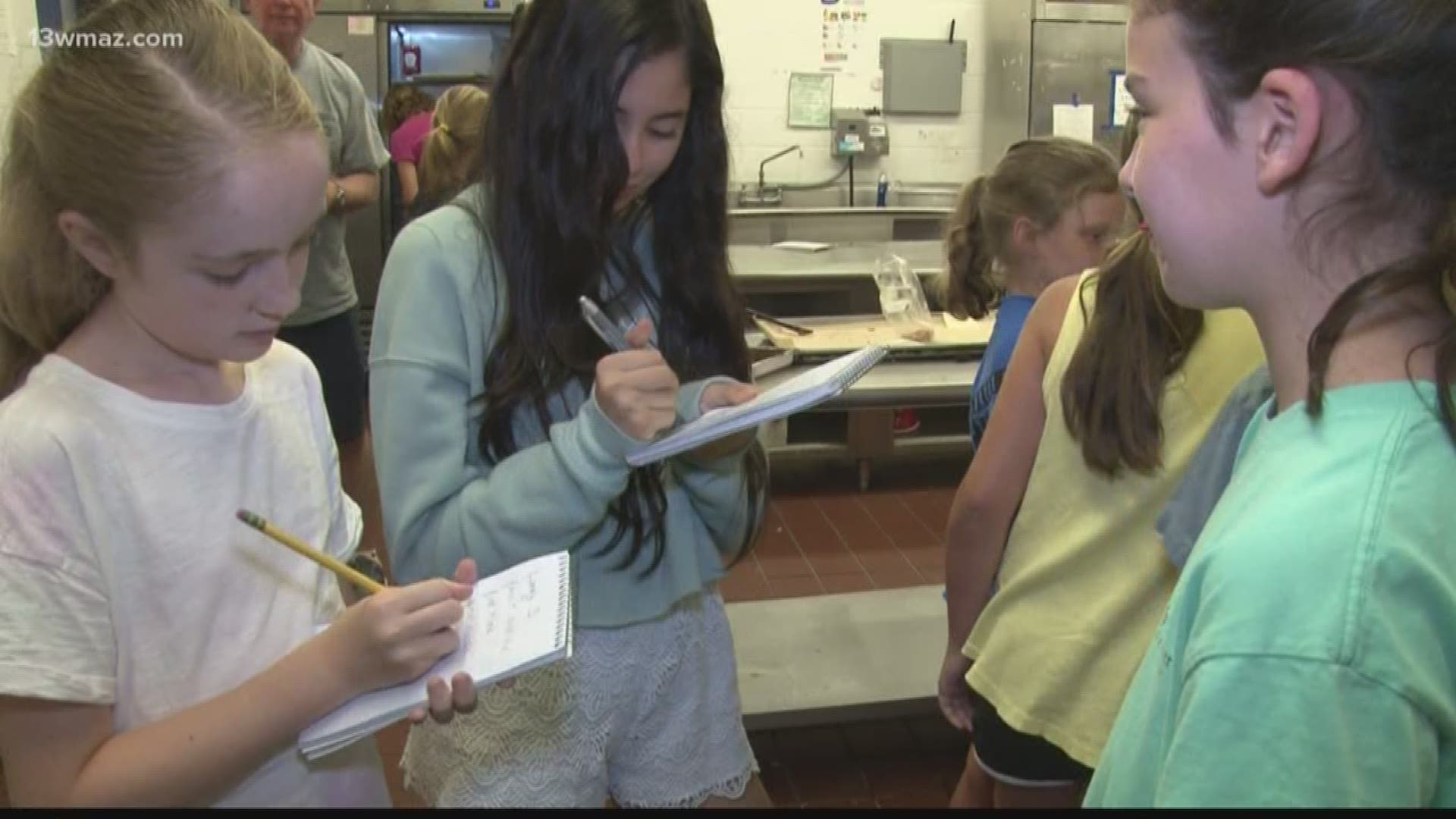 MACON, Ga. — Stratford students are putting the old 13WMAZ desk to good use through their high school journalism program, which has grown since Ed Grisamore took over.

For the first time, he's also offering lessons to elementary and middle schoolers through their summer Eagle Camp.

They take notes, use professional cameras to capture photos and develop their interviewing skills by talking to other campers.

"They learn all these other skills -- photography, videography, computer skills, learning the software, they learn how to post things on a website," Grisamore said.

"What can really help me is, like, going out, talking to people and writing about it, so other people can know about it also," 6th grader Nathan Sullivan said.

6th grader Romina Rubio loves the camp so much she wants to take the class in high school.

"I thought it would be a good experience so I could join into it, the club, in 9th grade," Rubio said.

Grisamore hopes to inspire his students to become the world's future journalists, but either way, he says these skills will help them in life.

"The kinds of things you can learn in a journalism class will serve you well in whatever you decide to do," he said.

Grisamore says the students are preparing to give a newscast using our old 13WMAZ desk on the last day of camp.