Teen who allegedly urinated on Walmart shelf identified and charged

Deputies say the teenager was with a group of friends who also attempted to steal a case of beer. 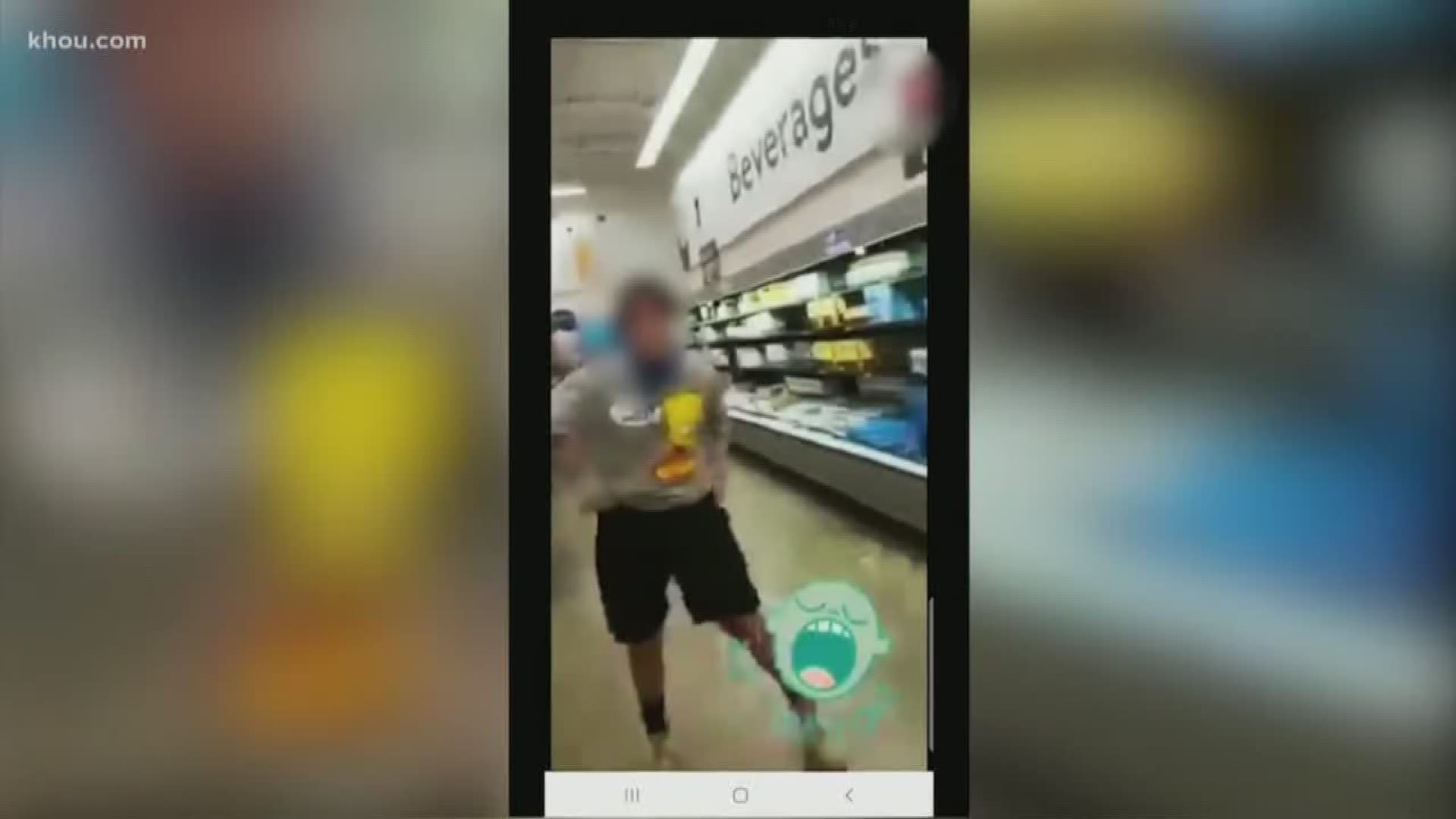 PORTER, Texas — Deputies say they have identified three teenagers involved in a vulgar prank at a Walmart last weekend.

One of the teens who allegedly urinated on a shelf in the store has been identified as a 15-year-old boy. He has been charged with tampering with a consumer product, a second degree felony.

It happened Saturday at the Walmart located at 23561 US-59 and video of the incident was posted to social media. The 15-year-old was with a group of other teens who tried to steal a case of beer but were stopped at the door by Walmart staff, deputies said.

The staff didn't realize the 15-year-old had urinated on a shelf near the beverage aisle and they let the group leave the store.

The video shows the teenagers dancing and climbing on shelves before it pans over to one of the shelves covered in urine.

Walmart staff sanitized the area and called the sheriff's office.

The sheriff's office said the other two teens have not been charged at this time.

Deputies are not releasing their names because they are minors.

"The Montgomery County Sheriff’s Office will not tolerate these types of vulgar acts. Tampering with consumer products is not only morally reprehensible, but can be a felony offense by which offenders will be charged," said the sheriff's office on Monday.

Unfortunately, many law enforcement agencies have sent the same warnings after a teenage girl licked ice cream at a store in Lufkin and a woman spit in a mouthwash bottle at another store.

Reactions to these videos online range from people laughing to others asking who would do something like this? KHOU 11 News Mental Health Expert, Bill Prasad, weighed in on the disgusting trend.

“Sometimes there is a relentless search for notoriety even if it means humiliating yourself,” said Prasad. “These people at times have low self-esteem. They believe that the measure of their character has less to do with who they are and everything to do with how many likes and how many views they get.”

“This obscene conduct is outrageous and disappointing. As soon as we were notified, we sanitized the area to ensure its cleanliness and safety for our customers. We take this seriously and are working with the Montgomery County Sheriff’s Office to find those responsible.”