'The community will be less joyful without her:' Former student remembers slain UGA professor 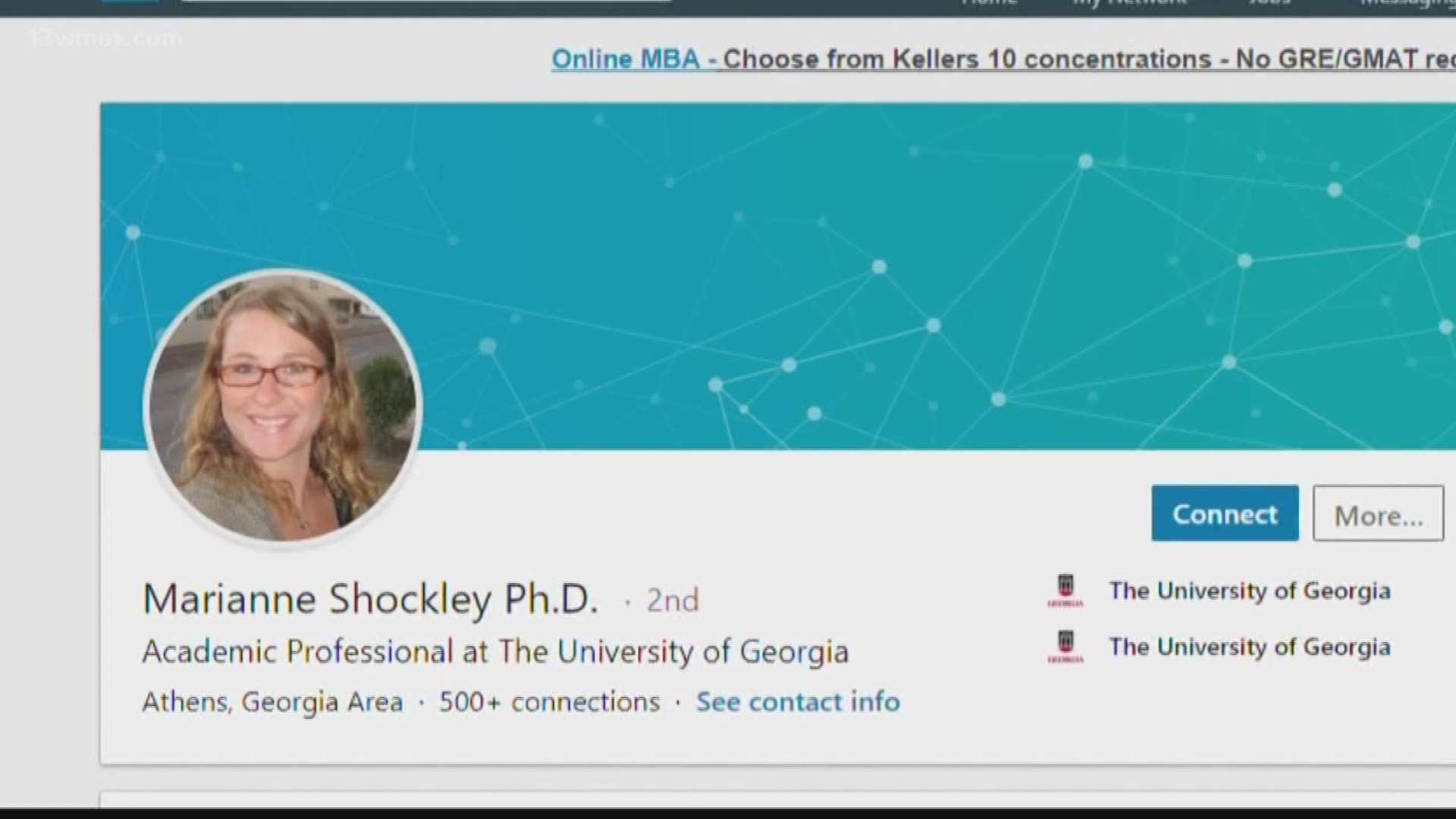 ATHENS, Ga. — Marianne Shockley was a mother and a friend to many people, but during her time at the University of Georgia, she touched the lives of hundreds, if not thousands, of students.

Four days after spring graduation, the University of Georgia campus is quiet. Most of the students and staff are home for the summer, but when the fall semester begins, there’s one person who won’t return.

“She was by far the most personable professor I ever had,” said Tripp Arrowood.

On Mother’s Day, Marcus Lillard allegedly murdered his girlfriend, Marianne Shockley, at a friend’s Baldwin County home. She was an entomology professor at UGA.

“She just had a passion for teaching. She was able to take kids who normally wouldn’t care about bugs or insects, or didn’t care to be around them whatsoever, but made them passionate about them and how they affect our daily lives,” said Arrowood.

Arrowood is a former student of hers and a founding member of the UGA Bug Dawgs – a campus club run by the beloved professor.

According to her Linkedin page, Shockley taught at UGA for 17 years after receiving her masters and doctorate degree in entomology from the same institution.

UGA spokesman Greg Trevor sent WMAZ a statement that read in part, “On behalf of the university, I’d like to express our deepest sympathy to the family, students, and colleagues of Dr. Marianne Shockley.”

Students say Shockley also ran a summer “bug camp” for Athens-area kids, and had two kids of her own who learned of her passing on Mother’s Day.

“I can’t put into words how much she will be missed. Georgia and the community will be a little less joyful without her,” said Arrowood.

13WMAZ Reporter Chelsea Beimfohr spoke with Shockley’s ex-husband and another relative Tuesday at her home, but they weren’t ready to make a statement about her death.

A family friend started a GoFundMe for Shockley’s children, you can click here to donate.

Shockley's memorial service will be held Friday, May 17 at 2 p.m. at the Apalachee United Methodist Church at 5070 Lower Apalachee Rd. in Madison, Georgia. A reception will follow immediately after.

RELATED: After being impaled by javelin, UGA sprinter said athletic training kicked in