'This is gonna be a lost catalyst for the motorcycle community:' Bikers lead 'Lil Man' funeral procession

Bikers from all over Central Georgia gathered for the funeral of Robert 'Lil Man' Davis. They led his funeral procession back home. 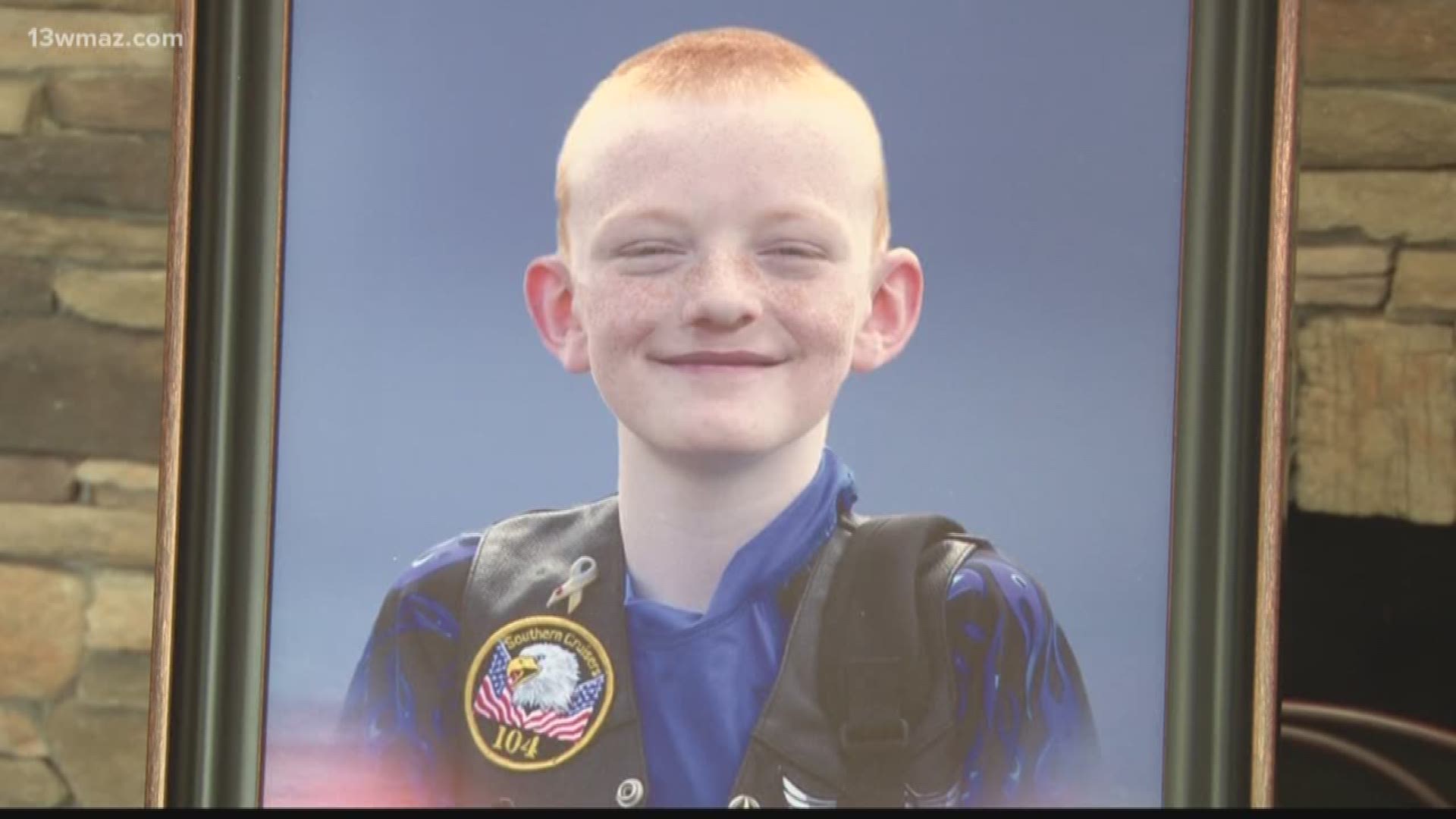 MACON, Ga. — The roar of a motorcycle was a central one in the life of 14-year-old Robert Davis, who died earlier this week from a heart condition called pulmonary atresia.

"It gave him a purpose," said his aunt, Melissa Holland.

"A free spirit, that's what they were all about," said his uncle T.J. Davis.

The teen tried to live his life full-throttle before it was cut short. His family says Davis initial diagnosis didn't have him living to see his 1st birthday.

"It's something we've planned on because we were told he wasn't supposed to live past 6 months," Holland said.

Davis' family and friends were on hand Friday to say goodbye. There was plenty of leather present as bikers from all over Central Georgia gathered to send off the kid they affectionately known as "Lil Man."

Davis became a spokesperson for Sidecar Adventures, a service that provides motorcycle rides for people with disabilities. Joel Yarborough, who runs the program through his Eastman motorcycle shop, The Leatherman, said Davis affected more people than he could imagine.

"This boy touched the hearts of Middle and South Georgia more than I could, more than you could," Yarborough said. "He brought a lot of people together that never would have come together.  He was an angel put here on Earth, now he's an angel up in heaven looking over us."

The freedom of the road gave Davis a peace the teen had never experienced before. Rhino Schmidt was one of the first bikers to ride with Davis in Sidecar Adventures. Most times, he would ride in the sidecar known as 'Ol' Blue.'"

"Just seeing the smile on their face and the joy that they get out of it, it allowed Robert to escape from his conditions and enjoy that," Schmidt said.

The boy that loved wheels and motorcycles got a fond farewell from his hog-riding friends. Bikers, some who didn't even know him, led his funeral procession to Peach Park in Byron and then to Davis' home in Perry.

They put Davis' motorcycle jacket and a stuffed bear inside 'Ol Blue.' It gave their friend one final ride on the open road.

"This is gonna be a lost catalyst for the motorcycle community here in Middle Georgia," Schmidt said.