Evans is on administrative leave until he retires on April 19th. 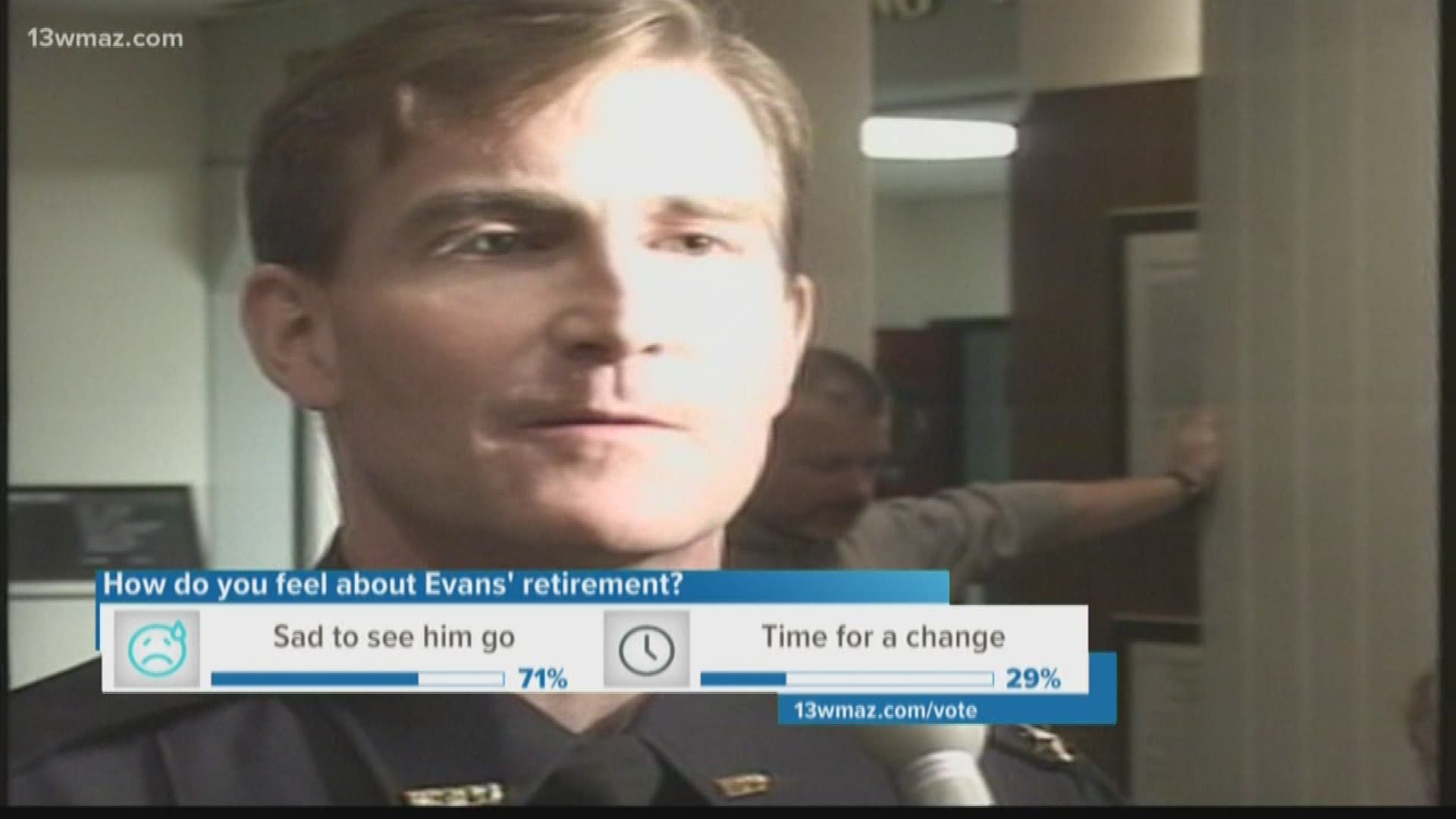 But tension developed over the years as new leadership moved in and some officers chose to move out.

Evans was sworn in as chief in 2003 by then Mayor Donald Walker.

Things ran fairly smoothly under Evans' leadership for years. Until 2009, when his chief supporter, Mayor Walker, took his own life.

Later that year, voters elected Chuck Shaheen as mayor of the International City.

POST struck down the allegations and Chief Evans remained in office, telling 13 WMAZ that he'd continue to work under Mayor Shaheen.

Also in 2011, Evans said that investigation caused some stress and uncertainty among his officers.

Over the next several years, an under staffed police force and and an influx of over time hours caught the attention of Mayor Toms and the city council.

In June 2018, Mayor Toms told the media he was going to talk with Chief Evans because the city "had a lot of work to do" with the police department

One month later, some Warner Robins council members told 13 WMAZ that Chief Evans was given 60 days to hire 10 police officers.

Carolyn Robbins said that Evans was required to hire at least 5 minorities.

On Monday night, Chief Evans confirmed by text message that he's on administrative leave until april 19th when he plans to retire.

"For lack of a better term, I think there's been a tax on Cheif Evans-- which is well documented. I think it became a protection and a trust issue within the department. Communication broke down along the way and it's just been hard to recover from that," says Mayor Toms.