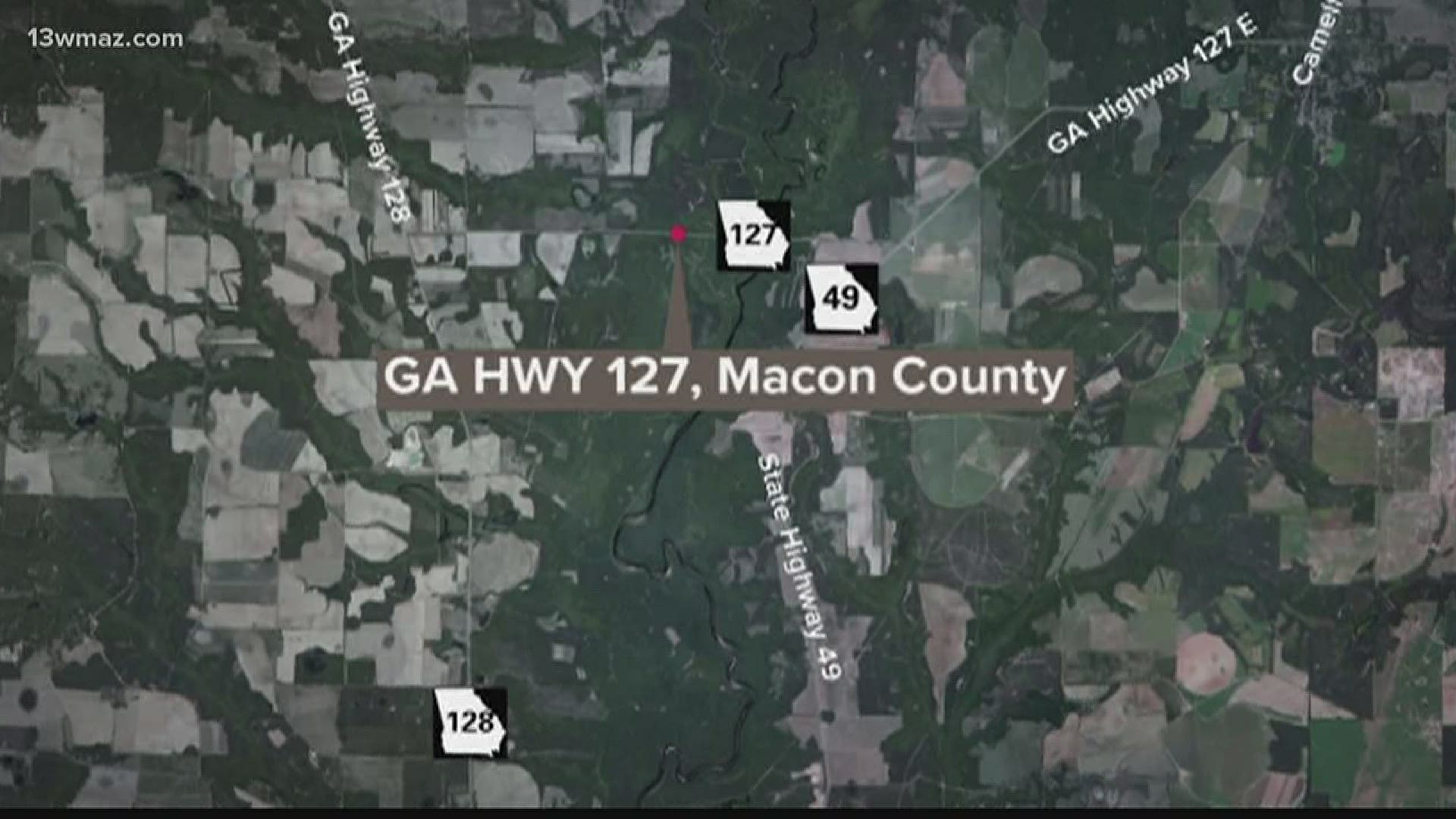 29-year-old William Lucas of Oglethorpe was traveling west in a Chevy pickup truck on the highway toward the Butler Mill Road intersection, according to GSP.

26-year-old Greg Bunkley of Warner Robins was traveling south on Butler Mill Road toward the same intersection in a Dodge Charger, GSP says.

As Lucas traveled through the intersection, Bunkley ran the stop sign, and they hit each other, according to GSP.

After the collision, both cars traveled into a field and overturned. Lucas was ejected from the truck, GSP says.

Both drivers were pronounced dead at the scene, GSP says. The passenger of the Charger, identified as 28-year-old Derek Russaw of Warner Robins, was taken by helicopter to the Medical Center, Navicent Health in Macon.

GSP says the crash report is not complete yet.

Two people are dead and another person is injured after a car crash in Macon County Saturday night.

She did not know their ages, but said next of kin had been notified.

Oglesby said another person was injured in the crash and went to Navicent Health in critical condition.

There are no details yet about what caused the crash.

RELATED: Semi-truck driver killed in wreck on I-75 in Monroe County