How unsafe cooking habits can lead to Hepatitis A

One of the most common ways to get Hepatitis A is through contaminated food. 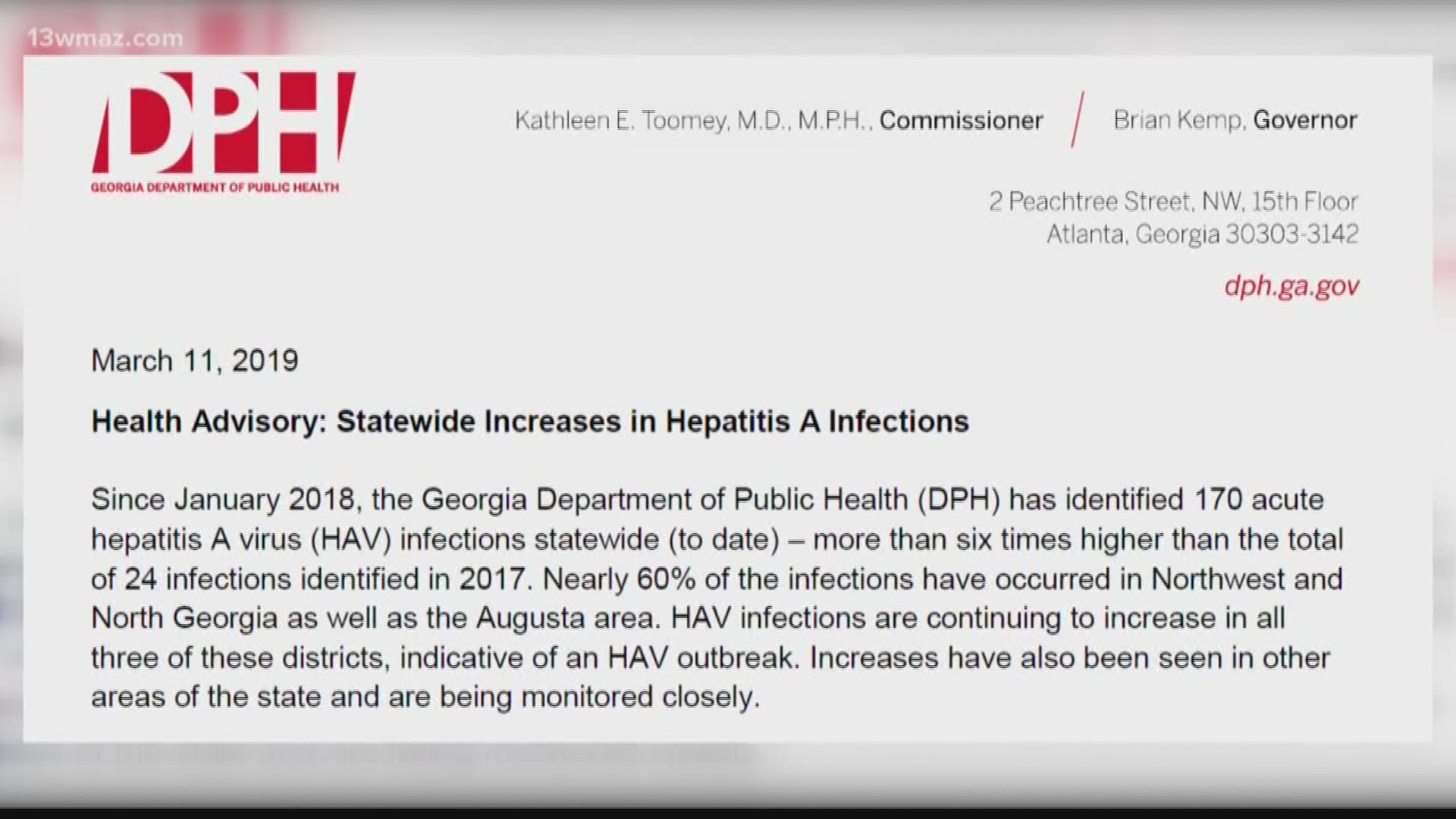 MACON, Ga. — According to the Georgia Department of Public Health, there's been a state-wide increase in Hepatitis A infections.

An advisory from March says there have been over 170 Hepatitis A infections in the state since January 2018, which is six times higher than the total number in 2017. 66% of those cases were hospitalized.

Culinary instructor Marie Carlson from Helms College in Macon says along with the basics, students learn about food safety and some of the consequences if the rules are not followed.

"They learn about all of the diseases that come with it, including Hepatitis A, which is from feces and under-cooked food and things like that," Carlson said.

Carlson makes sure she changes her gloves after every new food she touches.

"That's another thing with Hepatitis A and any other disease. When you're working with raw and things that are not raw, that's how people get sick, cross-contamination," Carlson said.

Today's lesson is with shrimp, which she says takes more work with cleaning.

"With seafood, seafood a lot of the time, it sits in contaminated water because the sea is essentially a toilet for animals and aquatic animals. They pee and eat and hunt all in the same area," Carlson said.

She says shrimp takes three to five minutes to cook.

With grilling season here, Carlson says to make sure your burgers, chicken, or hot dogs are cooked quickly and not left out too long.

"If it sits there too long, what we call the 'danger zone,' it actually can get contaminated and start to rot on you, and then you go home with belly aches and nasty things like that," she said.

Carlson says to also make sure your cutting boards and utensils are fully cleaned after every use. She also says if you want to make sure your chicken or burger is fully cooked, cut into it first and make sure it's not pink or red.

Outside of Georgia, the Centers for Disease Control says Hepatitis A is increasing nationally.