VERIFY: Is it legal to offer food or beverages at the polls?

Technically, you could be breaking the law. Here’s why. 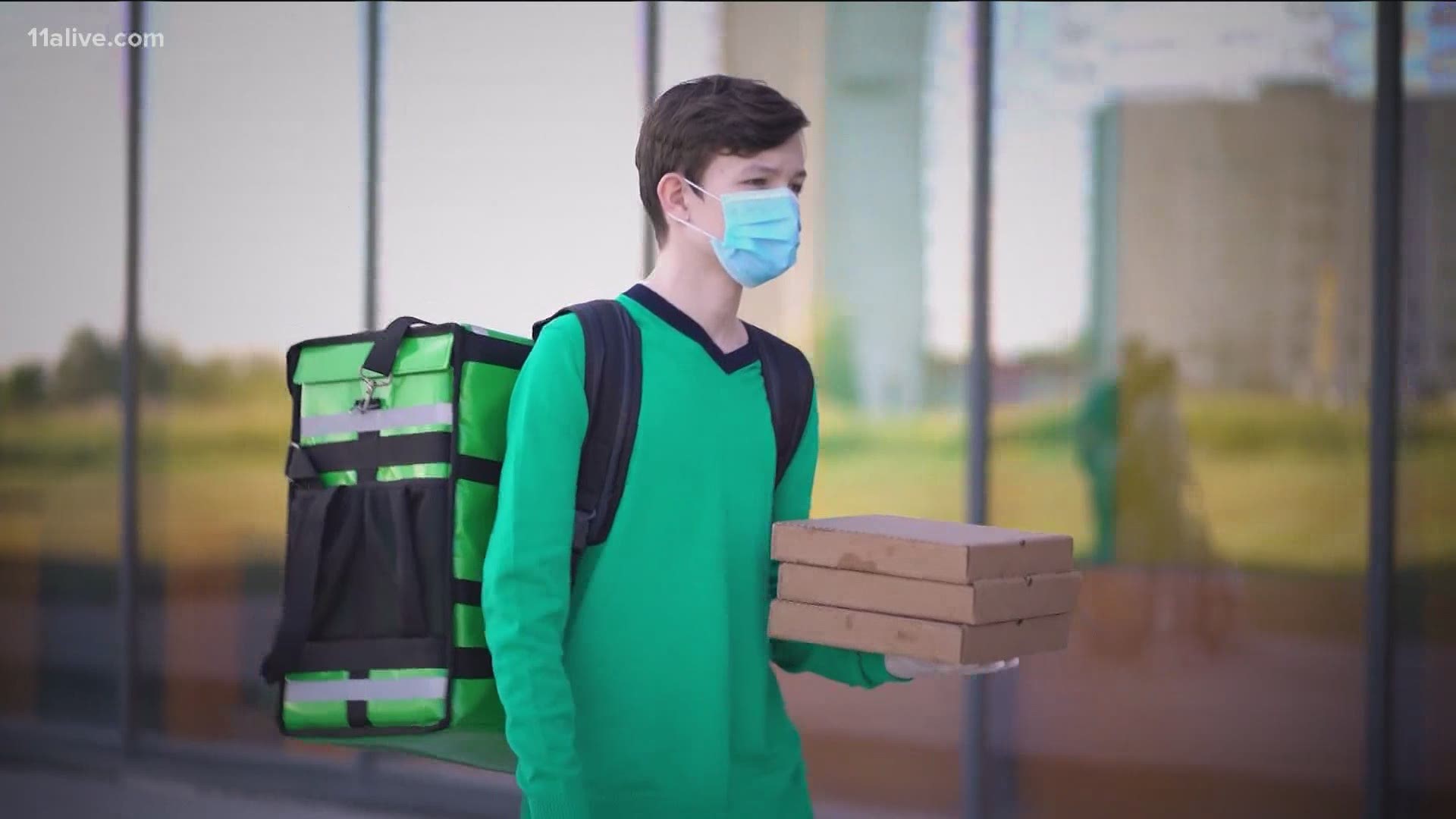 GWINNETT COUNTY, Ga. — Georgia's issues at the polls - including long lines with wait times of more than four hours - have been seen across the country this week.

Including by a man in Los Angeles who saw people standing in those same long lines in Gwinnett County on TV.

He told 11Alive he wanted to lend a hand and tried sending 400 pizzas to folks waiting in line. But instead of a confirmation for his order at Cosmo's pizza, he said he got this letter claiming they could not fulfill his request because they said it's a federal crime to feed people waiting in line to vote.

Is that true? 11Alive VERIFIES.

Is it legal to offer pizza at the polls or any other food or beverages?

Technically, you could be breaking the law. Here’s why.

According to Title 18, U.S. code 597, offering food and beverages would be illegal.

It falls under expenditures to influence voting.

The keyword is in expenditures, which can represent money, food, gifts or anything that encourages people to vote.

It says in part, “whoever makes or offers to make an expenditure to any person, either to vote or withhold his vote or to vote for or against any candidate … shall be fined under this title or imprisoned not more than one year, or both.”

"I know this person was very well-meaning for people who were standing in line for long periods of time, but the problem is, it looks like these organizations can potentially be soliciting votes for particular candidates," Gillespie explained. "We want to sort of eliminate any possibility or any hints of that type scandal or bribery going on in a campaign."

So, we can verify, NO, it is not legal to offer food and drinks as a reward to people standing in line to vote. It is tecnically a federal crime.

However, accoridng to a representative with elections group Fair Fight Action, it is legal to provide food and drinks - provided they are not conditioned on voting for a certain candiddate. The group pointed to one law expert quoted in Politico before the 2012 election, who explained.

"In elections in which federal candidates are on the ballot, no one can offer any kind of benefit or reward for voting," Rick Hasen said. "The simple way to deal with this is to open up the event to all comers — voters and nonvoters alike.”

Essentially, as long as the food and drinks are being offered to everyone - people under 18 who can't vote, people in or out of line, passersby, and others, regardless of whether they are there to vote or not - they should be in the clear.

11Alive also spoke with the secretary of state’s office, and they confirmed it is illegal, but it would not go on camera to discuss if it would be enforcing that code.