The Biden administration announced a revision to the tax proposal, which would change the tax reporting threshold from $600 to $10,000. 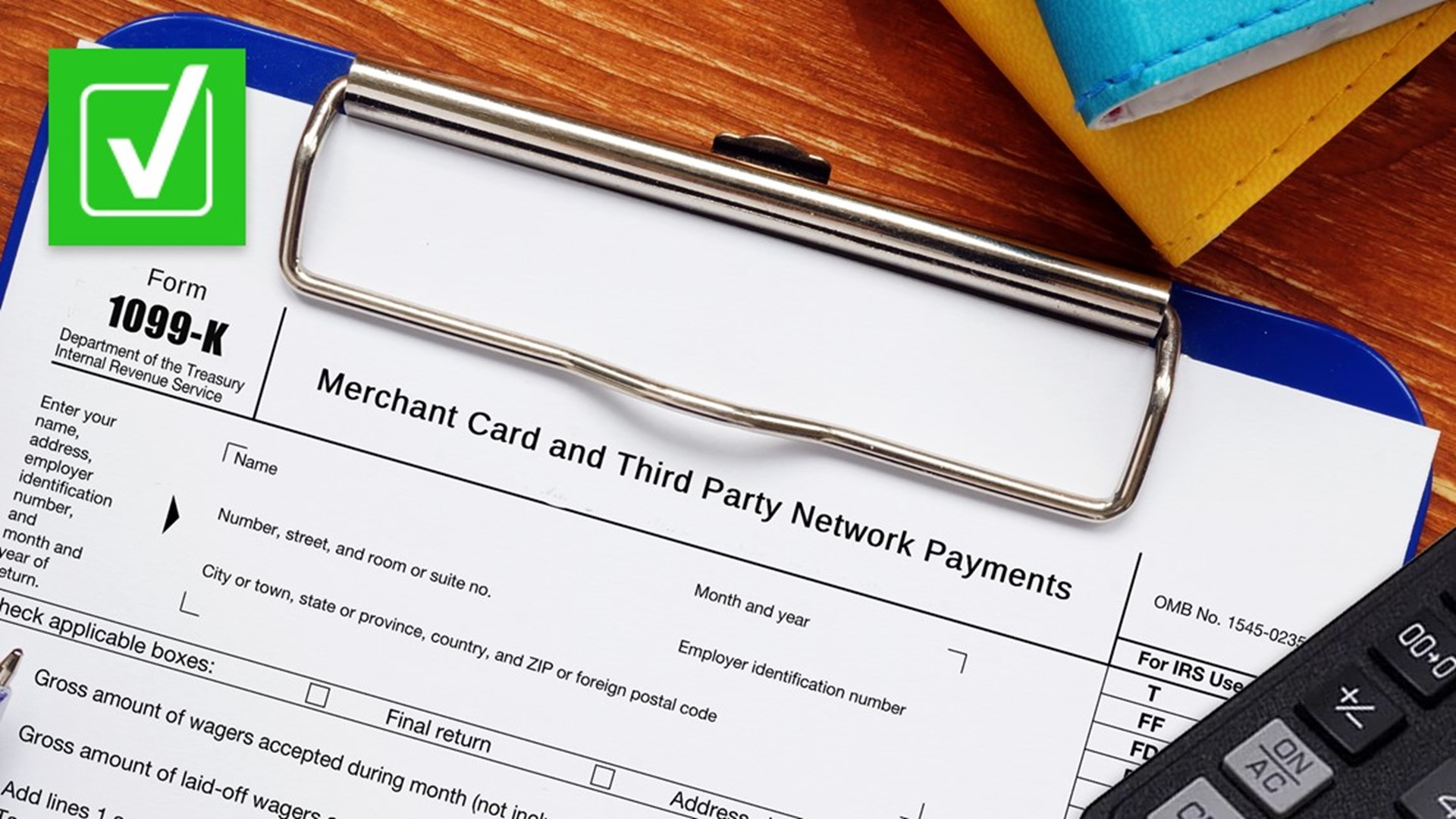 STORY UPDATE: Since publishing this story, the Biden administration announced a revision to the tax proposal, which would change the tax reporting threshold from $600 to $10,000. The fact sheet from the U.S. Department of Treasury on the revision can be found here. This is a proposal and has not been passed into law as of Nov. 3.

Some social media users have criticized the Biden administration, Internal Revenue Service and the U.S. Department of Treasury, claiming a new tax will be placed on people who use cash apps to process transactions. That is because a 1099-K form will be sent out to app users who receive more than $600 in total transactions, beginning in 2022.

The fact that @JoeBiden is planning on taxing money over $600 that comes into PayPal, CashApp, Venmo & etc. is another bs way to tax the poor on money they barely have instead of the rich on money they have in excessive amounts. Disgusting.

VERIFY viewer Tina asked: "Next year will I be sent a 1099 for using money apps like Venmo or Zelle after $600 worth of money has been sent to me?”

Yes, you will likely receive a 1099-K form if you receive more than $600 on an app. But that doesn't mean you owe any additional taxes. This only applies for income that would normally be reported to the IRS anyway. Current tax law requires anyone to pay taxes on income over $600, regardless of where it comes from.

The taxes don’t apply to friends and family transactions, like rent payments or dinner reimbursements.

President Joe Biden signed the law with the threshold amendment in March.

This reporting using third-party applications, like CashApp, Venmo, or PayPal, only applies to goods and services, not personal payments, like if someone paid you back for a dinner.

David Super, a tax law professor at Georgetown University, told VERIFY in an email: “This proposal does not change what is taxable or what is deductible. It merely seeks to achieve more honest reporting about what income is received and what deductible expenses are made.”

“If one is receiving money from a friend or family member as a gift or as a reimbursement, the effect is likely to be the same: no countable income. If, on the other hand, one is using the cash app to receive the proceeds of a business, those business receipts would need to be reported as such,” Super said.

Steve Rosenthal, a senior fellow at the Urban-Brookings Tax Policy Center at the Urban Institute, told VERIFY that Congress had been expanding information reporting for the gig economy for payments made for services using cash apps. For people using these applications, they would receive an information report and 1099-K to report any earned income.

“Venmo, for instance, should give you an information report and tell the IRS, likewise, that you received a substantial amount of receipts, as well as engage in a substantial number of transactions. Next year, Congress lowered the threshold to $600. So many more people will be receiving information reports from Venmo and other cash facilities,” Rosenthal said.

“That does not mean just because you receive an information report that you have taxable income, you may not have any gains on say, a transaction that was a sale, or maybe just a personal transaction and not per se, an income producing transaction,” he added. “Like my wife often receives Venmo payments from some of her girlfriends for groceries, and she makes those payments. And so that wouldn’t result in any income. And even if my wife got such a form, she could ignore it.”

He said the IRS only audits a tiny fraction of taxpayers, and that will continue. But if someone is getting a steady stream of money through a cash app, and it looks like it’s for retail or income, then “that will make that unreported business income more visible to the IRS.”

“The primary hope is that businesses will voluntarily report their income accurately once their receipts are more openly documented,” he said.

More from VERIFY: Yes, scammers do try to impersonate AT&T and many other companies in text messages

The VERIFY team works to separate fact from fiction so that you can understand what is true and false. Please consider subscribing to our daily newsletter, text alerts and our YouTube channel. You can also follow us on Snapchat, Twitter, Instagram, Facebook and TikTok. Learn More »

Yes, you’re probably paying more for a turkey this year than two years ago