VERIFY: Are mosquitoes really the deadliest animals on earth?

Is a post circulating the internet claiming mosquitoes are the deadliest animals in the world true? 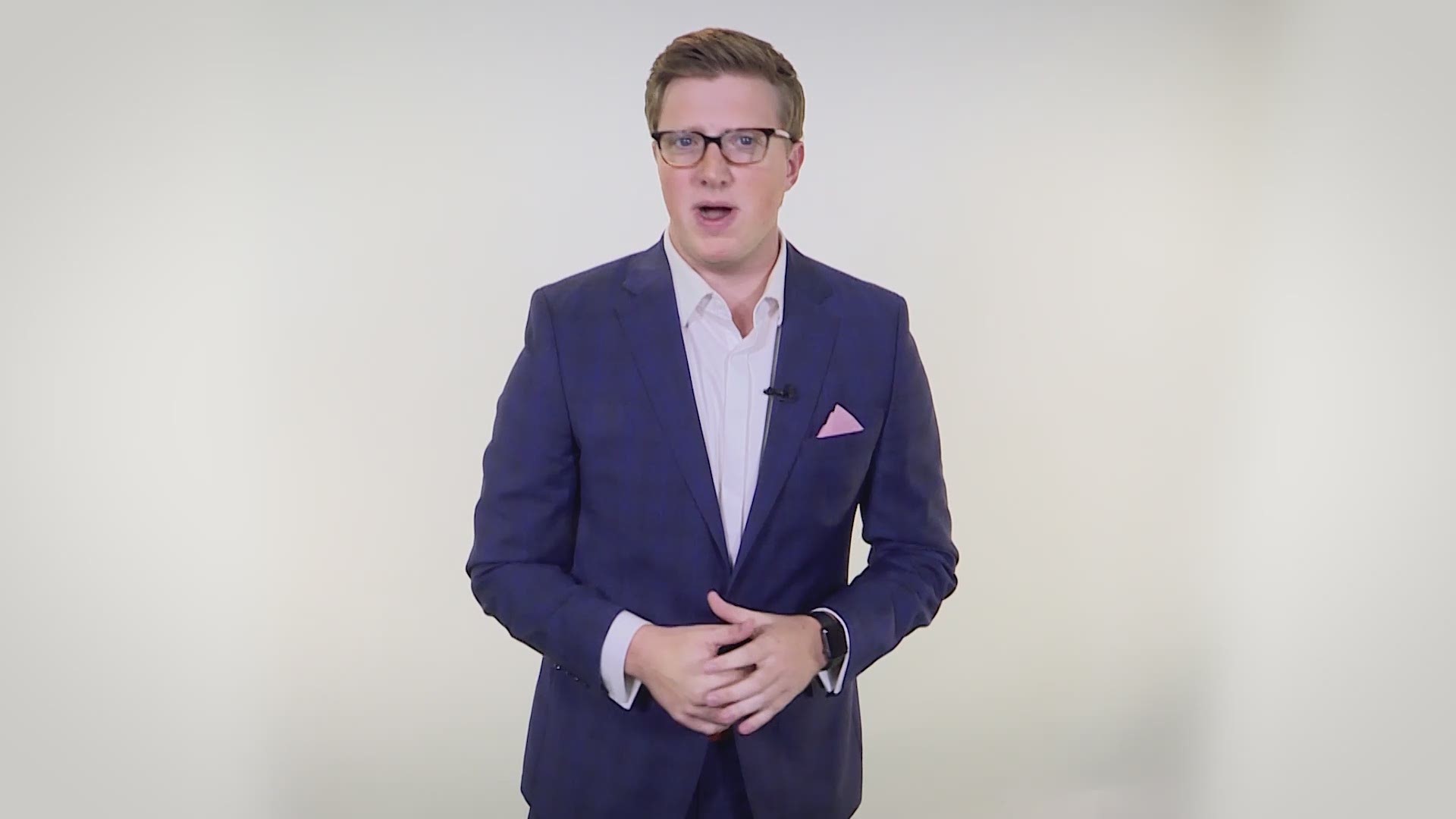 Every year, The Discovery Channel dedicates a week to analyzing the facts and fictions of one of world's largest and most infamous predators: sharks.

But this year, in the midst of Shark Week, a social media post by Pew Research's Associate Director Conrad Hackett, got our Verify team interested.

We worry about the wrong things. Exhibit A: #SharkWeek

Are Mosquitoes really the deadliest animal on Earth? And were the numbers and claims in the initial post by Bill Gates accurate?

Yes, while Mosquitoes don't maul, poison or drown people like some other predators, they do deliver diseases. The World Health Organization estimates that those diseases kill 725,000 people yearly.

The infographic that Hackett posted linked back to this 2014 blog post by Bill Gates.

Look at the chart and you can see how many more deaths Gates is claiming come from mosquitoes than the others.

To verify the numbers, our team used a number of sources including the World Health Organization, the Centers for Disease Control, the United Nations and the International Shark Attack File.

Gates' graphic does indicate that these are estimates and could have a wide margin of error. Thus, the Verify team will give some leeway as long as the numbers are relatively close.

While the numbers did vary a bit (some information hadn't been updated since 2014), this is what we found:

Sharks: (10 in pic) The International Shark Attack File keeps data of all attacks worldwide. In 2017, they documented five fatal shark attacks. According to their research, "On average there are only six fatalities that are attributable to...shark attacks worldwide, each year." That is lower than the charts number but still within a small range. This one checks out.

Wolves: (10 in pic) While up to date statistics on wolf attacks are difficult to find, a 2002 study by the Norwegian Institute for Nature Research(NINA), found an average of 10 attacks per year over a 20 year period. This checks out.

Lions: (100 in pic) There are few groups or databases tracking lion deaths worldwide. A 2005 study in Tanzania found an average of 38 people were killed each year. Other studies from even earlier found numbers ranging from five all the way up to the high 80's. While this number varied from the Gates post, it was still significantly lower than the mosquito data. This checks out

Elephants: (100 in pic) There are reports listing Elephant attack fatalities as high as 500 per year, but other sources list the numbers closer to 30-50 a year. While not exactly 100, this number checks out.

Hippopotamus: (500 in pic) Multiple articles claim the same number of 500 fatalities per year in Africa. But, there are no official studies on Hippopotamus attacks and fatalities. This number could not be verified.

Crocodile: (1,000 in pic) According to a study by the Food And Agriculture Organization of the United Nations, an average of 300 fatal crocodile attacks occur yearly in Zambia, Another 30-50 in Tanzania and up to 150 more in Namibia. Additionally, the same study indicates the actual number of fatalities is likely much higher because Crocodiles victims are often never recovered or found. This checks out.

Tapeworm: (2,000 in pic) Numbers vary on deaths caused by tapeworms. Typically the tapeworms cause Cysticercosis, a potentially fatal infection. A study of California cases ranged in the ~200 range. A separate study by the NIH found higher rates of mortality and a World Health Organization study found a higher rate as well. This checks out.

Ascaris Roundworm: (2,500 in pic) The Global Burden of Disease study from 2013 found an estimated 4,500 people die a year due to aschariasis - an infection causes by the Ascaris roundworm. This number is higher than the picture, but still much lower than the mosquito. It checks out

Freshwater snail: (10,000 in pic) The freshwater snail can cause schistosomiasis, an acute and chronic disease that is also caused by worms. The World Health Organization put their death estimate at at least 24,067. Only part of which can be attributed to snails alone. This checks out.

Assassin Bug: (10,000 in pic) Assassin Bugs, also called "kissing bugs" carry Chagas disease. The parasitic, and chronic disease causes about 12,000 deaths per year according to the Pan American Health Organization - part of the WHO. This checks out.

Tsetse Fly: (10,000 in pic) The Tsetse fly transmits African Trypanosomiasis, or the "sleeping sickness." It is treatable with medication, but is fatal if left untreated. According to the CDC, there are about 10,000 new cases per year. The fatal number is going down with more treatment. This number checks out.

Dogs: (25,000 in pic) Dogs are responsible for a small number of mauling deaths each year, but the larger number comes from transmitting rabies to humans. According to the WHO, there is about "one death every 15 minutes" from rabies. That works out to about 35,000 deaths annually from rabies. This number checks out.

Snakes: (50,000 in pic) Since the post by Gates in 2014, the number of estimated snake fatalities each year has gone up. in 2018, The World Health Organization estimated 94,000-125,000 deaths annually from snake bites. This number is higher, but still lower than mosquitoes. This checks out.

Mosquitoes: (725,000 in pic) Coming in at a much higher fatality rate, mosquitoes are estimated by the World Health Organization to be quite high. The top causes come from mosquito delivered diseases. It estimates Malaria (445,000 annual deaths), Dengue Fever, Yellow Fever and West Nile Encephalitis total another 100-200 thousand. The number changes year to year, but the World Health Organization does estimate that about 725,000 to "millions" of deaths can be attributed to Mosquitoes each year.

While some of the numbers listed varied and the numbers for hippopotamus deaths were un-verifiable, the fact remained that no other animal came anywhere close to the estimated 725,000+ deaths believed to be caused by Mosquitoes every year.

We can verify the claims that mosquitoes are the deadliest animals in the world are true.