Former Warner Robins councilman John Williams was convicted of extortion in 2012. He wants to run for city council again. Can he? 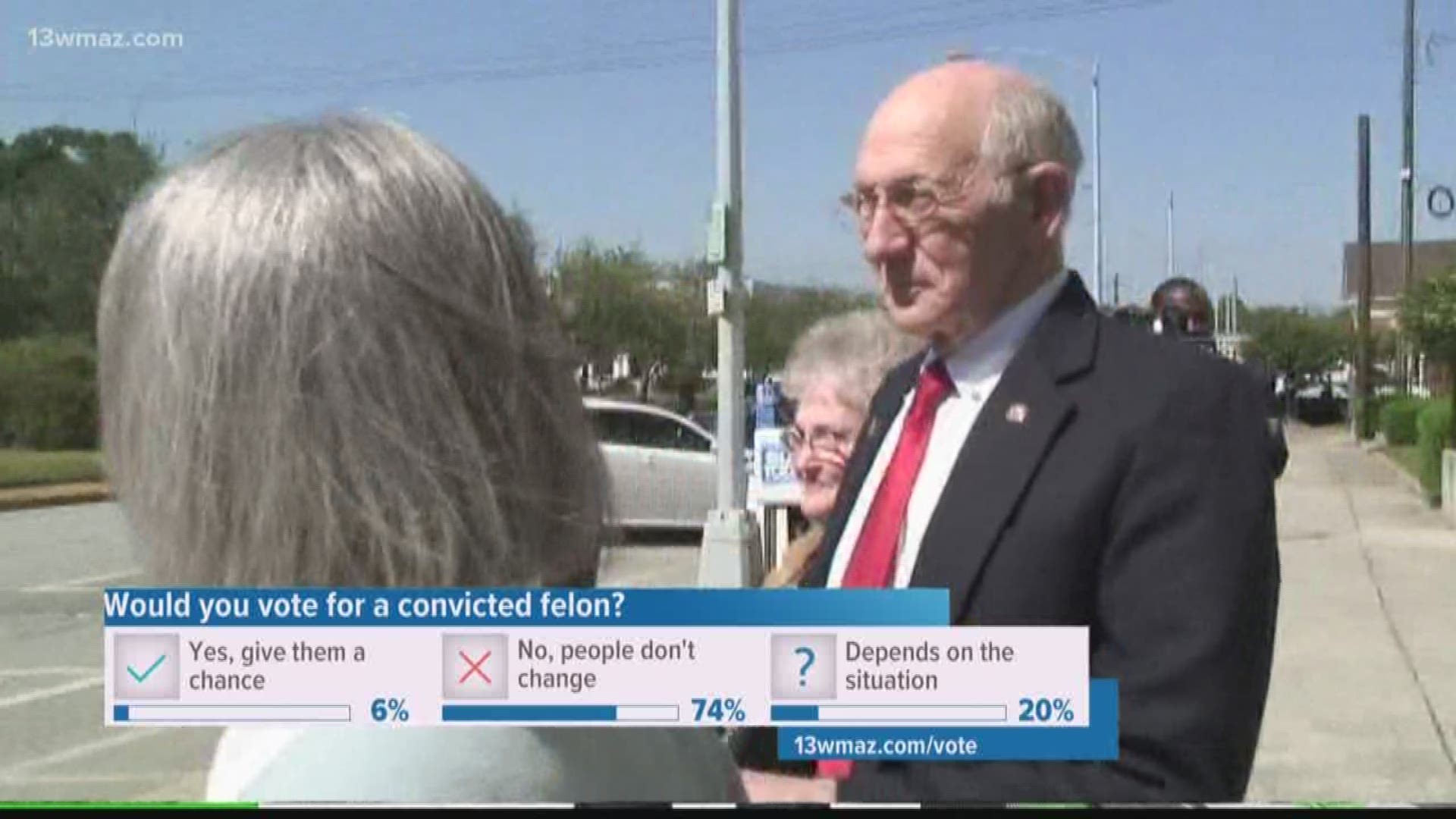 WARNER ROBINS, Ga. — In 2012, a Macon jury convicted John Williams of extortion and other federal charges.

He was found guilty of using his position as a council member to take a cut from the city's purchase of a pickup truck.

On Friday, he qualified to run for Warner Robins Post 6 city council seat.

We wanted to verify: can a convicted felon run for office?

The answer to that lies in three parts.

The first: Only registered voters can run for office in Georgia. Can a felon register?

The answer to that question is yes. According to Warner Robins attorney Jim Elliott, felons can get back on the voter roll once their entire sentence -- including any probation -- is served and they've paid all court costs. Georgia Code Title 21-2-216 confirms this.

Next up: can a felon hold office?

In almost all cases, that answer is no. Georgia code Title 45 bars anyone convicted of a felony of "moral turpitude" (which Elliott says is defined broadly in Georgia) from holding office, unless they get their rights restored through a pardon. The Georgia Constitution has very similar language.

Unless that happens, they can't hold office.

Technically, both the state constitution and Title 45 only bar felons from holding office, they never say anything about their right to run.

However, Title 21-2-6 does give local election superintendents the power to determine who is "qualified to seek and hold" public office.

On Wednesday, Elliott says Warner Robins' superintendent is holding a hearing to determine if Williams is barred from holding office and, if he is, if he should be also be disqualified from running because his candidacy would be, effectively, moot.

So we can't totally verify one way or the other if a convicted felon can run for office because facts in individual cases impact that answer.

However, we can verify the circumstances under which they can run appear to be very limited.

Elliott says that hearing is scheduled for 4 p.m. Wednesday.

John Williams is appealing his conviction.

He did not return our requests for comment on this story.

The same day, the election superintendent will also decide a residency question that could disqualify Zachary Collins from running for the Post 2 council seat.

Elliott said Collins wasn't registered to vote at an address within the city limits until a day before he qualified to run.