VERIFY: Can you schedule your second vaccine appointment right after your first? It depends where you go.

Thousands in Central Georgia have already scheduled their appointment for their first vaccine. When and how you schedule your second depends on where you go. 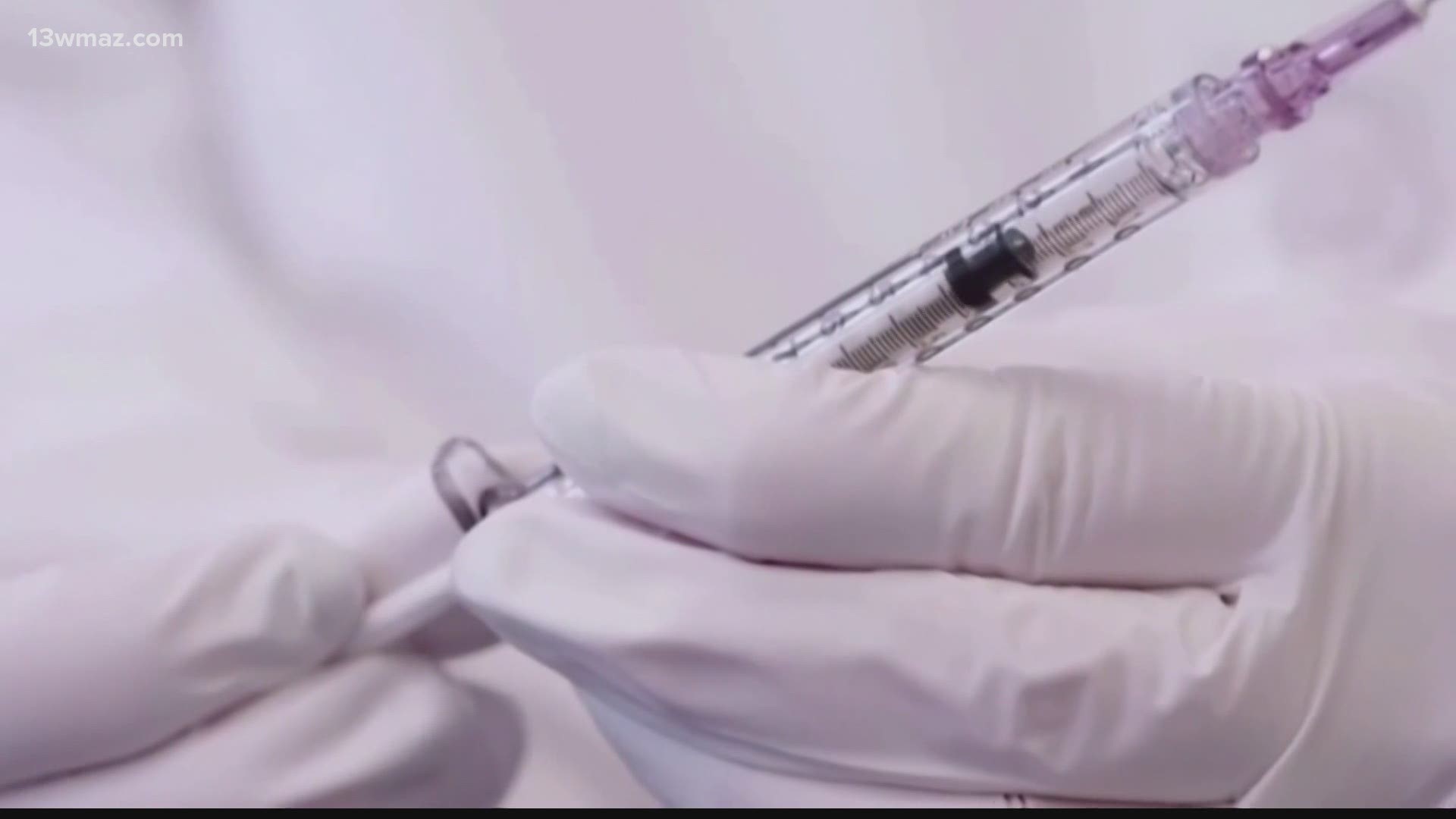 MACON, Ga. — Thousands of you in Central Georgia have already scheduled an appointment to get your first dose of the COVID-19 vaccine.

As we've told you before, both the Moderna and Pfizer vaccines require two doses, but can you schedule your second dose right after you've gotten your first?

We talked to the North and South Central health districts and Navicent Health to verify.

According to our sources, it depends where you go.

At the South Central Health District, which includes Laurens County, you'll be scheduled to come back 28 days after your first appointment.

"We gave them on their vaccine card the date they could come back and told them to come back at the same exact time they came through that day," says Melissa Brantley with the district. "I think it just calms their nerves to know that they have that second dose lined up for them.

She says they made the decision on Wednesday.

"At the end of the day, people were wanting to know, 'When do I get my next appointment?' We were saying that they needed to call back for that and we realized that's probably not the most efficient way to do it."

She says for the people who got their vaccine before they made the change, they will be in touch.

"We will call all of those that came through on Wednesday back and let them know their date and the time to come through."

Over at the North Central Health District, which includes Bibb and Houston County, you can't make an appointment for your second dose until the week you're actually due for it.

"We are in a situation where we cannot hold back doses if we're being told to use up all your doses, so it is all about the supply that we are given," says Michael Hokanson. "We do not get to make the decisions of how much our district gets, how much each of our health departments get."

The North Central Health District announced it's not scheduling any more appointments until they get a new shipment of vaccine.

It's unclear when that will be because that decision comes from the state.

Navicent Health is starting to vaccinate the 1A+ group on Monday, which includes first responders and adults 65+.

"They'll select their time and then they will go through the process and they'll have the opportunity or option to pick their follow up shot," says Dr. Sandy Duke, Executive Vice President of Navicent Health.

He says they're giving people that option and hoping they will have doses available for the second shots.

"We know that the CDC and the state is holding this second dose for us, so it's incumbent on us not to hold second doses," says Duke. "We are stepping out on faith that the state will continue to supply us with vaccine, that we will have those second doses arrive."

According to the CDC, there is no maximum timeframe between getting your first and second dose. You just can't get it any sooner than 28 days after your first.

We can verify that it all depends on where you go. Each place has their own system scheduling second doses of the vaccine.