VERIFY: Don't hang a flag above the US flag

Driving around Central Georgia, it's common to see the American flag waving, but do all of those flag displays follow the US Code? 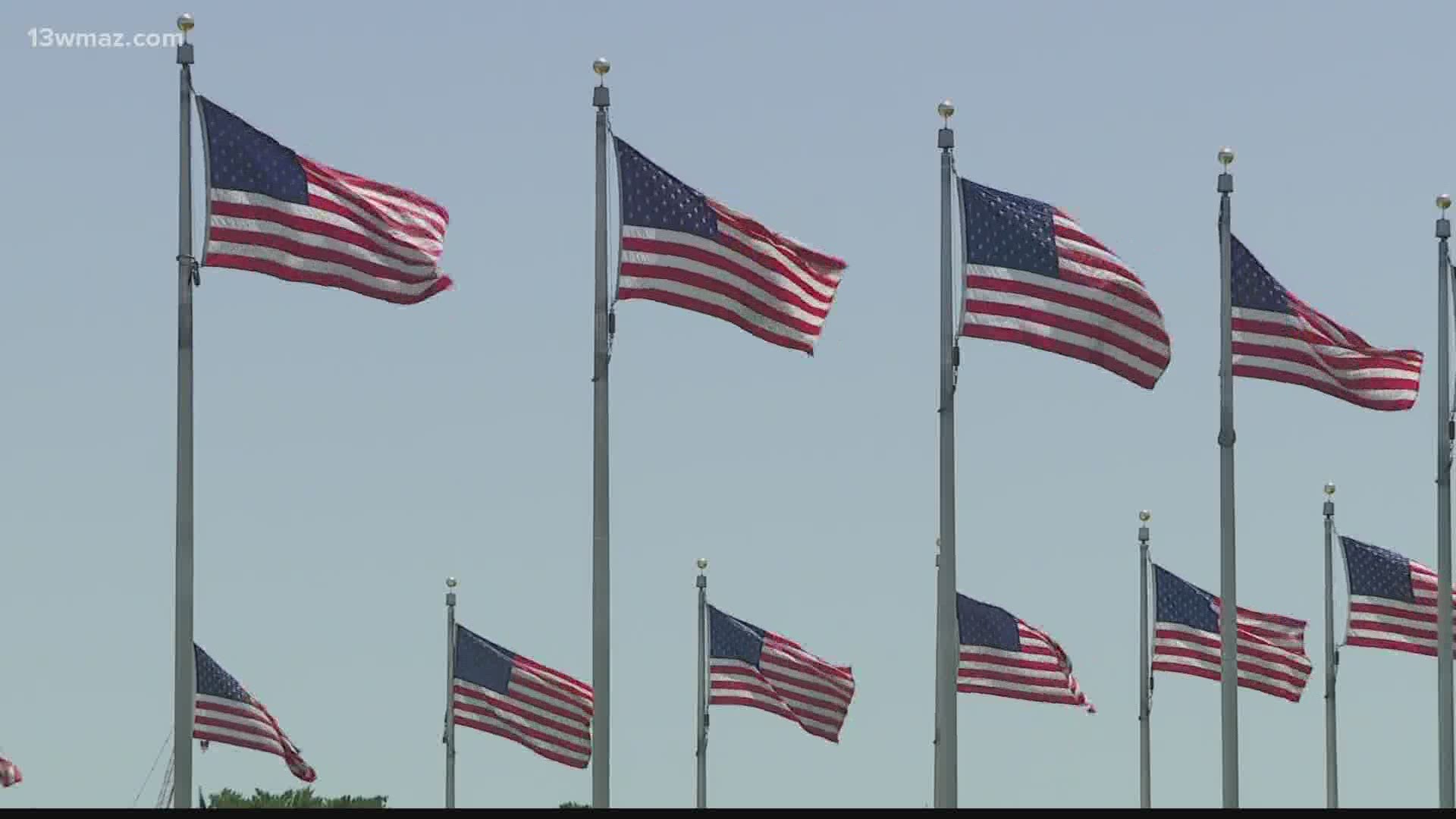 WARNER ROBINS, Ga. — Driving around Central Georgia, it's common to see the American flag waving, but do all of those flag displays follow the U.S. Flag Code?

David Byrd asked us to verify if someone can display any flag above the US flag on a flagpole if it's on private property.

We spoke to Rose Wiley, the director of installation protocol at Robins Air Force Base and looked at the U.S. Flag Code.

Title 4 of the U.S. Code says no other flag or pennant should be placed about the flag of the United States of America.

The only exception to this in the flag code is during church services for Navy personnel conducted by Naval chaplains at sea.

Wiley says the position of the flag is meant to honor the country.

So we verified that no, you cannot display any other flag above the United States flag or to the right of the U.S. flag if they're on the same level.

Wiley says that if you see a flag not properly displayed, you can report it to your city's chamber or local government.

RELATED: VERIFY: 3 Central Georgia counties will have 1 less polling place since the 2016 election