VERIFY: Georgia does not require social distancing at the polls

According to the Secretary of State's Office, social distancing while waiting in line to vote is recommended, but is not a formal requirement 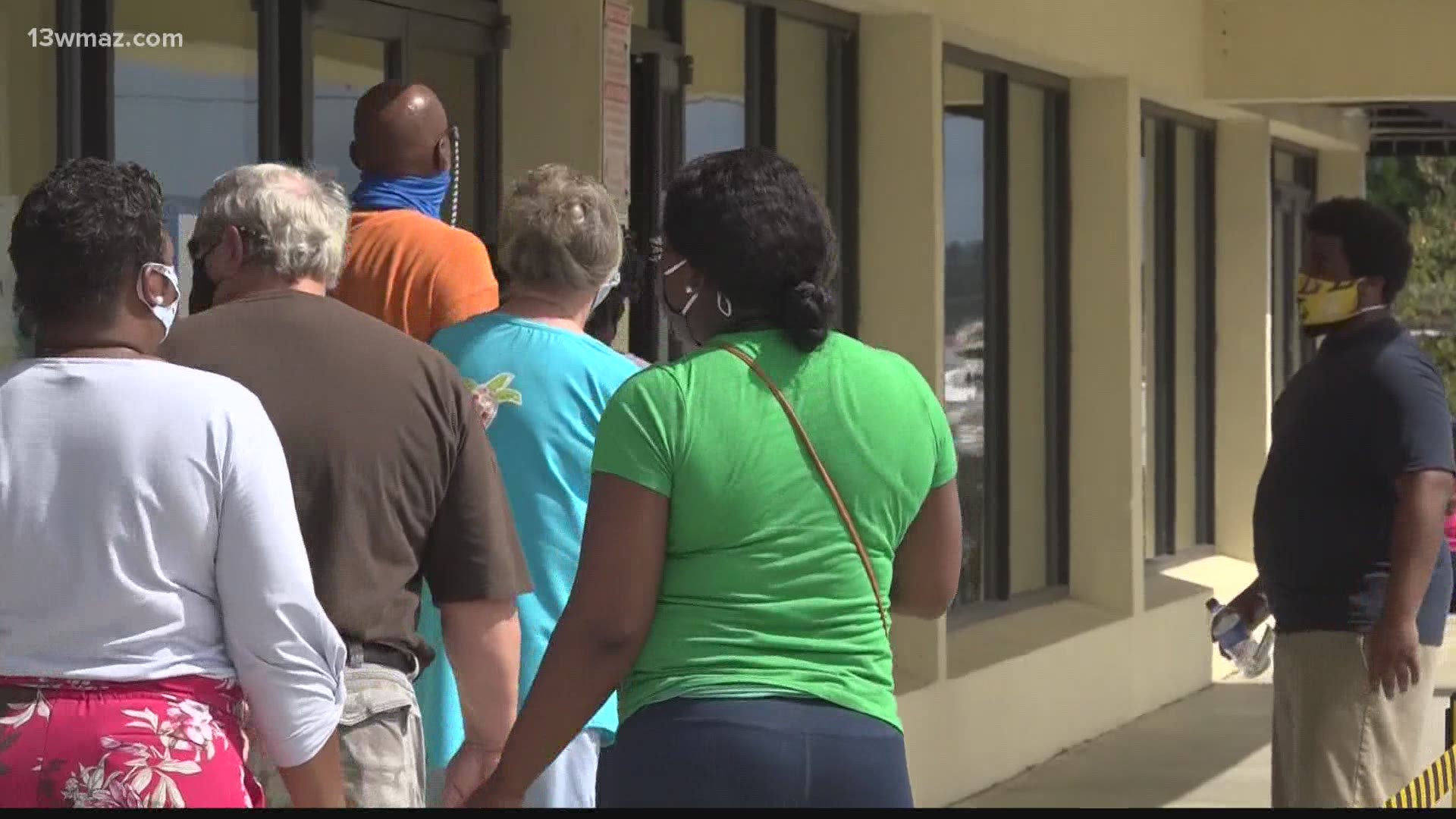 WARNER ROBINS, Ga. — A viewer in Houston County asked us if social distancing is required at the polls after seeing lines that didn't appear to have people spaced out far enough.

According to the Secretary of State's Office, social distancing while waiting in line to vote is a request, but is not a formal requirement from the state.

There are rules spelled out for voters coming to the polls and they cannot impose new ones.

However, they do encourage counties to place markers on the ground and have poll workers space people out.

Macon-Bibb Board of Elections Chairman Mike Kaplan says they are making every effort to keep space between voters.

"We try our best to keep people in line six feet apart. We think we have a fairly intelligent voting public who knows what's going on and knows there is a pandemic," he says. "Everybody seems to be wearing a mask and understand the importance of social distancing and we’re having to do very little except to remind people occasionally, 'Maybe you’re a little bit too close.'"

Andy Holland with the Houston County Board of Elections says it's been tough to maintain that spacing when the lines get long, but they are doing their best.

"It's a little harder to do it when the line is outside the building, you know, there's limited space outside," he says. "You don't want people in the streets or in the parking lot."

Both men say voters have been doing a good job self-monitoring their space, and their polling locations do have markers on the floor to tell people where to stand, with poll workers monitoring that space.

"I think people are doing a fairly good job of protecting themselves," Holland says. "Spacing each other out to be a safe distance and doing a very good job of following the directions of the poll officer."

Kaplan says they don't want anyone to feel uncomfortable when they come to vote.

"We'll try our best. We're not police," he says. "I would say to any voter, if you feel uncomfortable, you can socially distance as far as you want."

So, we can verify that no, social distancing is not required by the state when you are waiting in line to vote, but they are urging counties, like Bibb and Houston County, to recommend it.

The Secretary of State's Office also says there is no penalty for counties if people aren't standing six feet apart.

Masks are not required at the polls either because if they were, Kaplan says that would be considered voter infringement, but both Kaplan and Holland say the vast majority of the people coming in have had masks on.