Verify: What you can and cannot wear to vote in Georgia

Can you wear Black Lives Matter or a Make America Great Again shirt to vote? We verify. 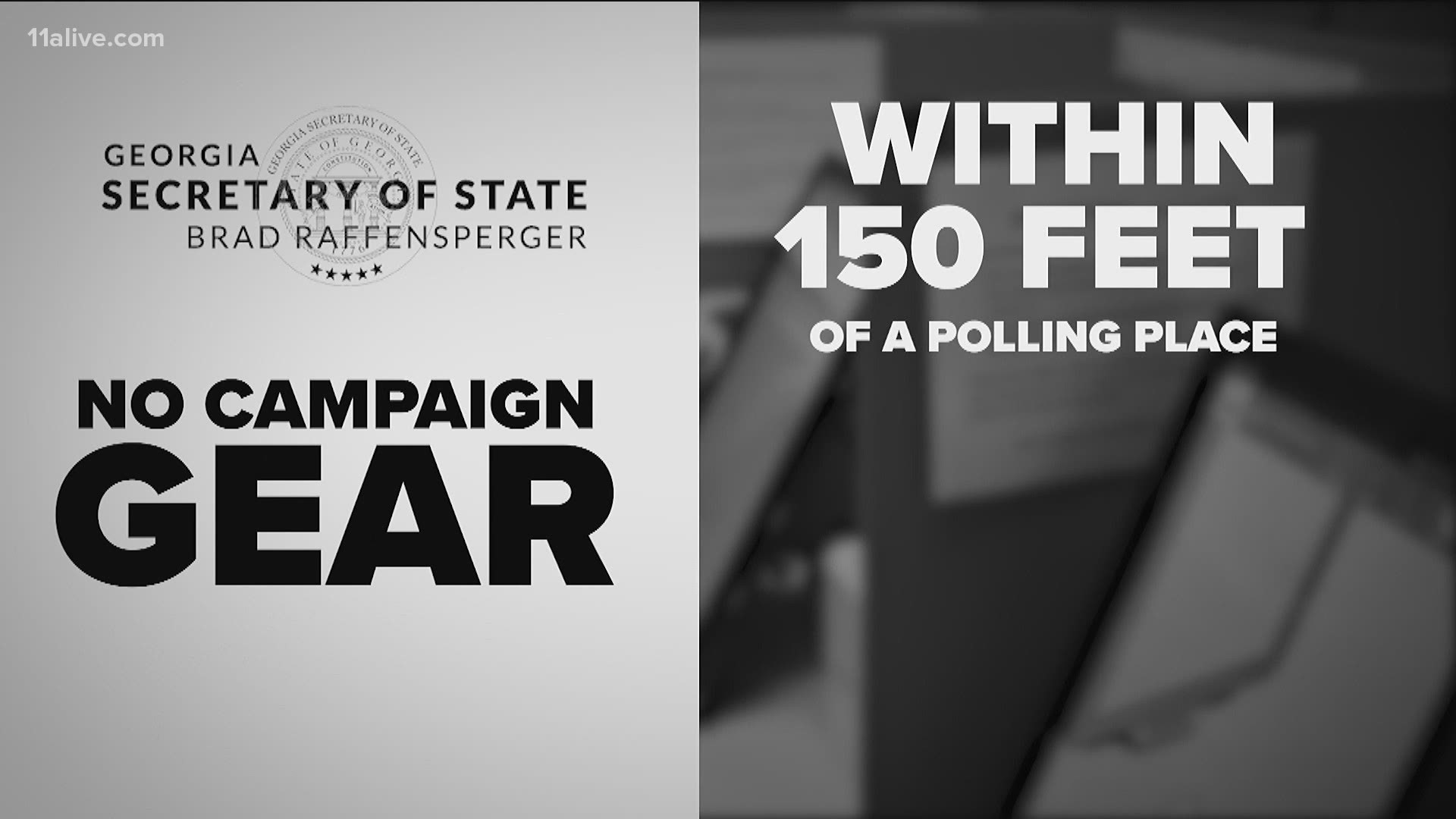 ATLANTA — As election day fast approaches, it's time to make sure your vote counts.

Part of that is making it through the front doors of your polling place. A viewer reached out to our 11Alive Verify team asking about what clothing you're allowed to wear.

Can you be turned away from voting if you are wearing Black Lives Matter (BLM) or Make America Great Again (MAGA) clothing?

You can't wear MAGA attire, but you can wear BLM. Anything directly promoting a specific candidate can get you turned away from voting.

There are rules on the books about what you can and can not wear to vote in Georgia. The Secretary of State's Office says if you wear anything that promotes a candidate on the ballot, you won't be allowed in the polling place.

They call it electioneering, which is another word for campaigning.

So, that answers the question of any clothing with a candidates name on it, but it also goes for all material directly endorsing a candidate.

“If you are wearing campaign paraphernalia of a candidate on the ballot, that can be construed as electioneering," Gillespie, the political science professor, explained.

"MAGA," short for the slogan "Make America Great Again," was created by President Donald Trump's campaign team, and, according to their website, part of the funds for the MAGA attire sold on the site go directly to the campaign.

“President Trump is selling this. Because he’s associated this with his campaign, that’s making a campaign statement, so it can be construed as electioneering," Gillespie elaborated.

So no, you can not wear any MAGA attire to vote.

When it comes to Black Lives Matter clothing, Gillespie said it's okay in most circumstances to wear, because it's not specifically endorsing one candidate.

“If somebody had a T-shirt on that says 'Black Lives Matter endorses a candidate that’s on the ballot,' in that particular election, that would fall into electioneering," Gillespie said.

Page 37 of their Georgia manual says, "when a voter enters the polling place, ensure they are not wearing any campaign material for any candidates on the ballot that day."

So, we can verify that you will be turned away from the polls if you are wearing something that promotes candidates on the ballot for the current election.

If you have something you'd like our team to verify, email us at verify@11alive.com.