A video being spread online that appears to show the president talking negatively about his supporters does not include genuine audio of him. 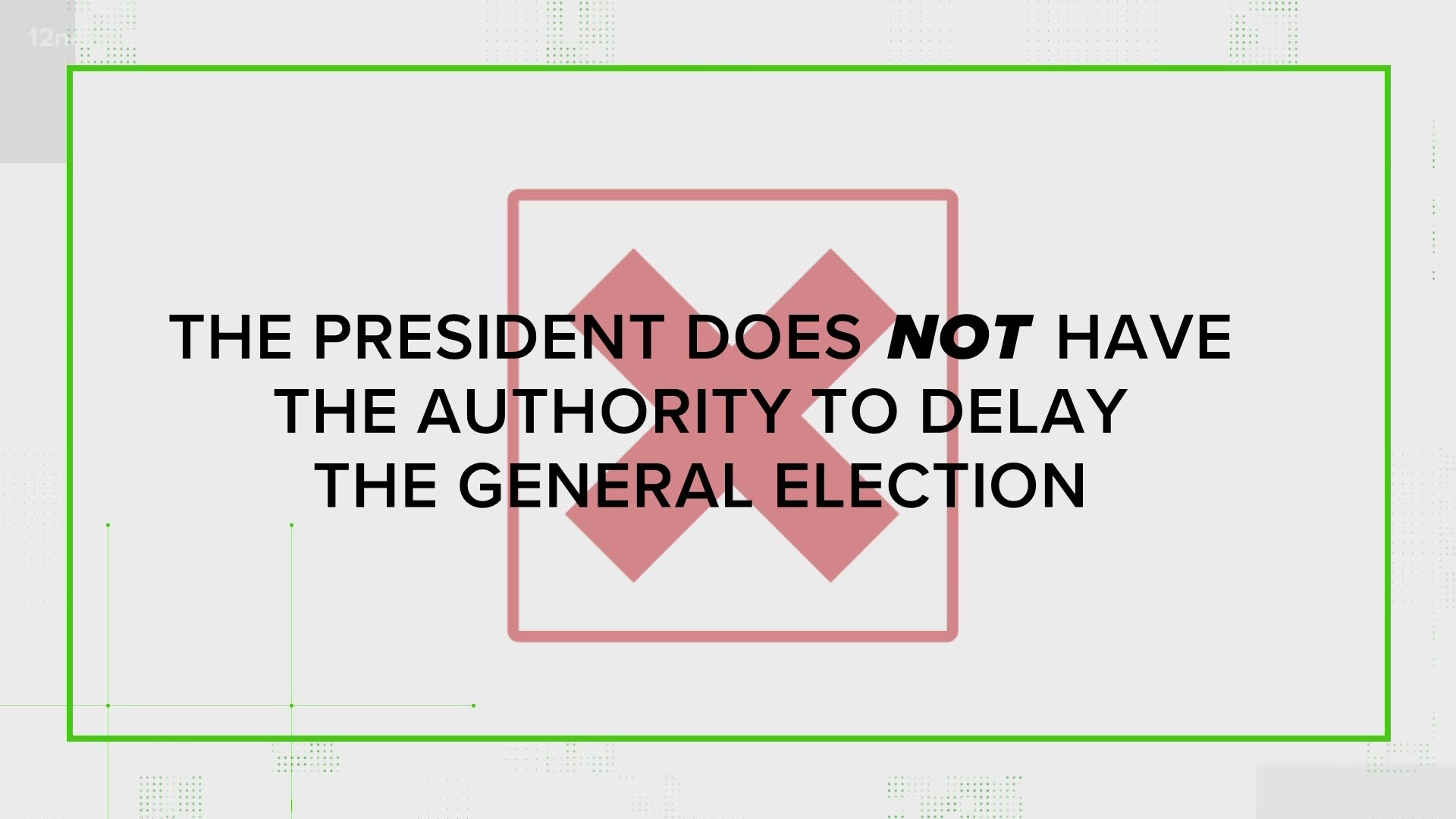 Editor's note: The video above is related, also the clip below includes language that could be offensive.

A social media video with hundreds of thousands of views appeared to show President Trump talking negatively about his supporters in the context of masks.

The clip is full of crude remarks, but the audio in the video is fake.

Is this a real video of Trump talking negatively about his supporters while a microphone picks up his conversation?

No. The audio comes from a podcast where a comedian impersonates Trump. The video footage itself is real, but the president doesn’t appear to be doing much talking in it.

The exact audio can be found in the episode “3 Champions of Rights” from Making Podcasts Great Again. Comedian J.L. Cauvin impersonates Trump on the podcast. He discusses masks -- including the section where he talks about Trump supporters -- between 22:00 and 23:45 in the episode. That section of audio has several instances of strong language.

RELATED: VERIFY: No, Nancy Pelosi would not become president on Jan. 20 if Congress delayed federal elections. Here's why, according to a legal expert

The conversation on the podcast references a tweet Trump made on July 20, when he posted a picture of himself wearing a mask and called them patriotic.

The video comes from a recent tour Trump made of the Bioprocess Innovation Center at Fujifilm Diosynth Biotechnologies. You can see Trump making the same motions with his body about 40 seconds into this WNCN-TV video, and about 25 seconds into this Fox Business video.

Regardless, the audio did not come from Trump. It was originally said by a comedian impersonating him and was edited over an unrelated video.