VERIFY: What you can and cannot wear to vote

A Bibb County man says he was not allowed to vote while wearing a 'USA' T-shirt. Board of Elections Chairman Mike Kaplan says, to his knowledge, that did not happen 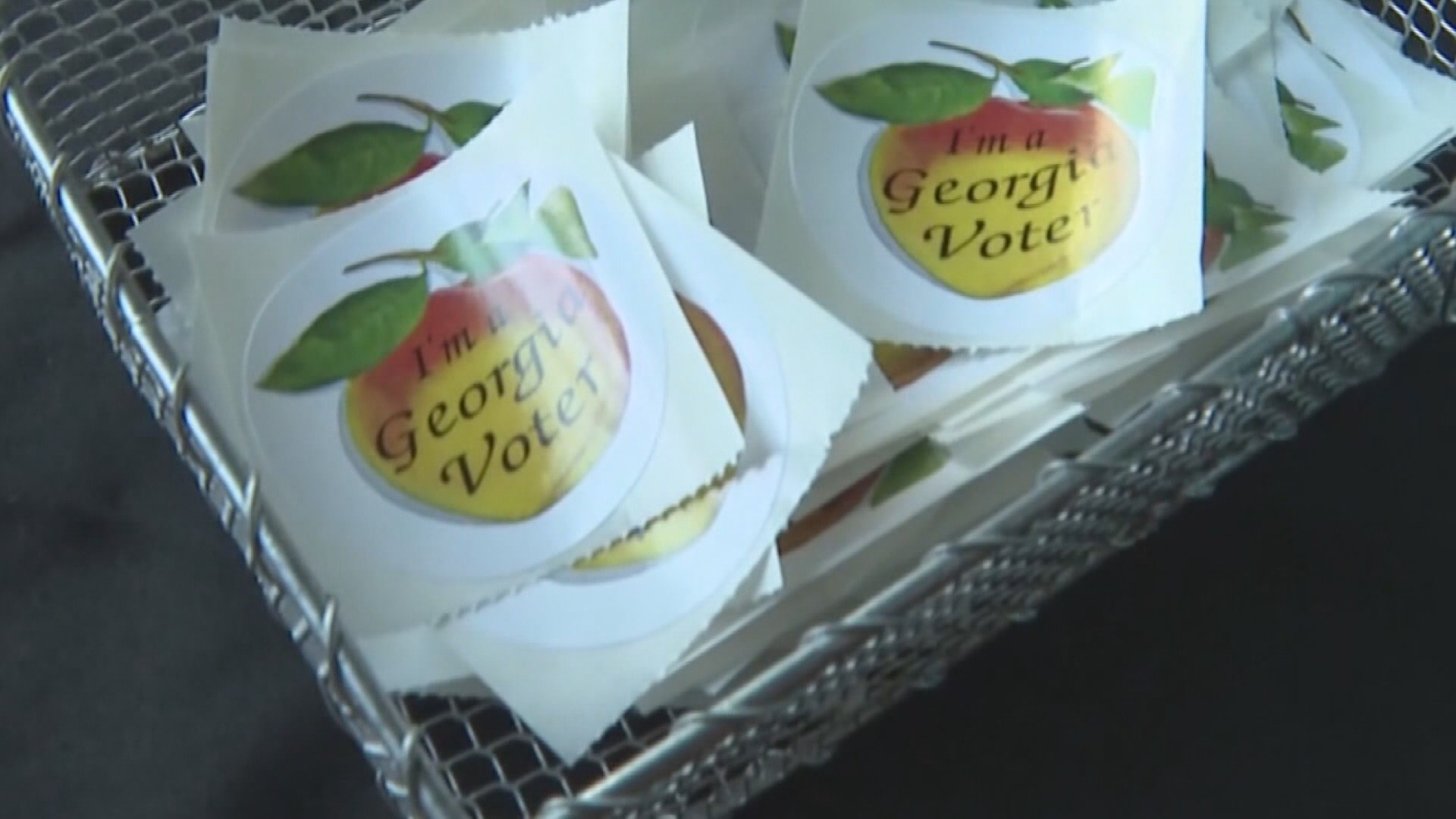 MACON, Ga. — A Bibb County man alleged in a Facebook post that he was turned away from the polls for wearing a T-shirt that said 'USA.'

The man claims a poll worker told him he could not wear anything that endorsed a candidate, which is true, but was he turned away on Monday?

According to Bibb Board of Elections Chairman Mike Kaplan, he was not.

Kaplan says he spoke to all of the poll workers at the Pio Nono location and they said they did not remember the man and did not turn him away.

"I can't find anybody that turned this gentleman away from voting," says Kaplan. "We have no indication that anyone was turned away from voting for wearing a USA T-shirt."

He does say they would have video of the incident if it happened, but he would be happy to talk to the man who made the post to figure out what happened.

So what are the rules on what you can and cannot wear to the polls?

The Secretary of State's Office says if you wear anything that promotes a candidate listed on the ballot, you won't be allowed in the polling place.

That means no 'Make America Great Again' or 'Biden 2020' shirts or hats.

"Can't be any slogan, any campaign material, anything that has to do with any particular candidate," says Kaplan.

State law also says you cannot wear any campaign gear within 150 feet of a polling location, inside any polling place or within 25 feet of any voter standing in line to vote.

Kaplan says they haven't had any issues since early voting started last week.

"Everybody has been very gracious about understanding they can't wear a campaign shirt into a polling precinct."

However, you can wear generic patriotic shirts that have no affiliation with a candidate.

"Just having on a flag or United States of America shirt does not disqualify you, at all," says Kaplan.

In a text, Kaplan later said after discussing the situation with Johnson and other parties, Johnson told him a volunteer handing out a water said something to him about his shirt and he misunderstood.

If you do come in wearing something that is not allowed, you can be turned away or asked to change before you can cast your vote.

If you believe you are unfairly denied the right the vote because of something that you are wearing, you can contact the Secretary of State's Office.

He also says out of the 24,000 absentee ballots requested in Bibb County, they've already gotten 9,000 of those back.