Vintage comics worth more than $200k taken from Macon store 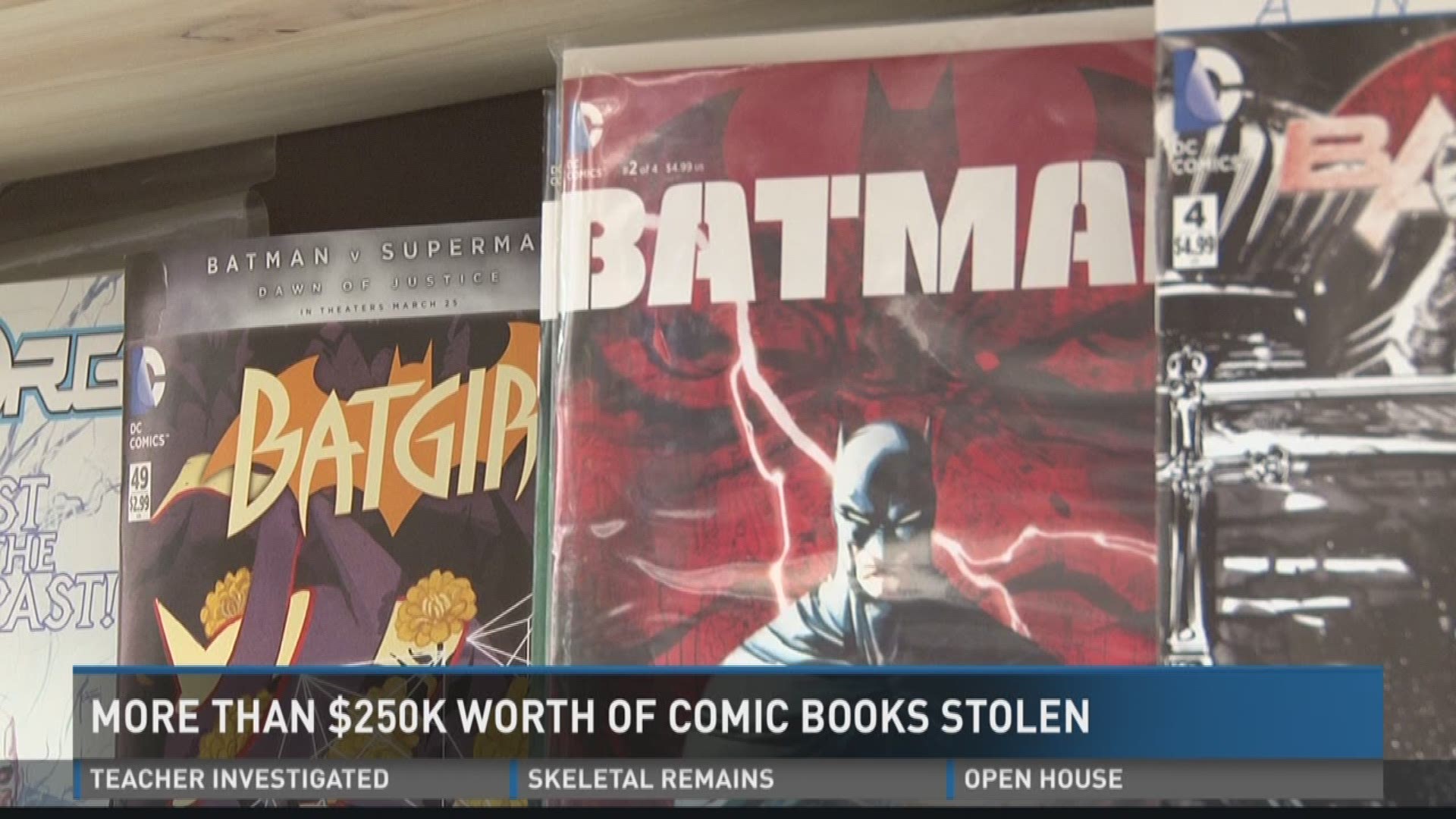 Will Peavy said whoever broke in to his store Wednesday night knew exactly what they were looking for.

Some time over night, the store was broken in to. The burglar used a crowbar to get in the front door and then they ripped out and cut all of the wires to his alarm system, Peavy said.

The take included the first eight copies of "Justice League of America" from 1963, Peavy said adding the collection was "graded" and has a value of about $100,000.

Also taken were "graded" issues of X-Men - one through 20 - also from the 1960s which also had a six figure value, Peavy said.

Since the comics were "graded," Peavy said the highly sought after collections all have serial numbers.

"They're pretty stupid," Peavy said about the thieves. "It's like stealing a car. If they try to sell them, they're going to get caught."