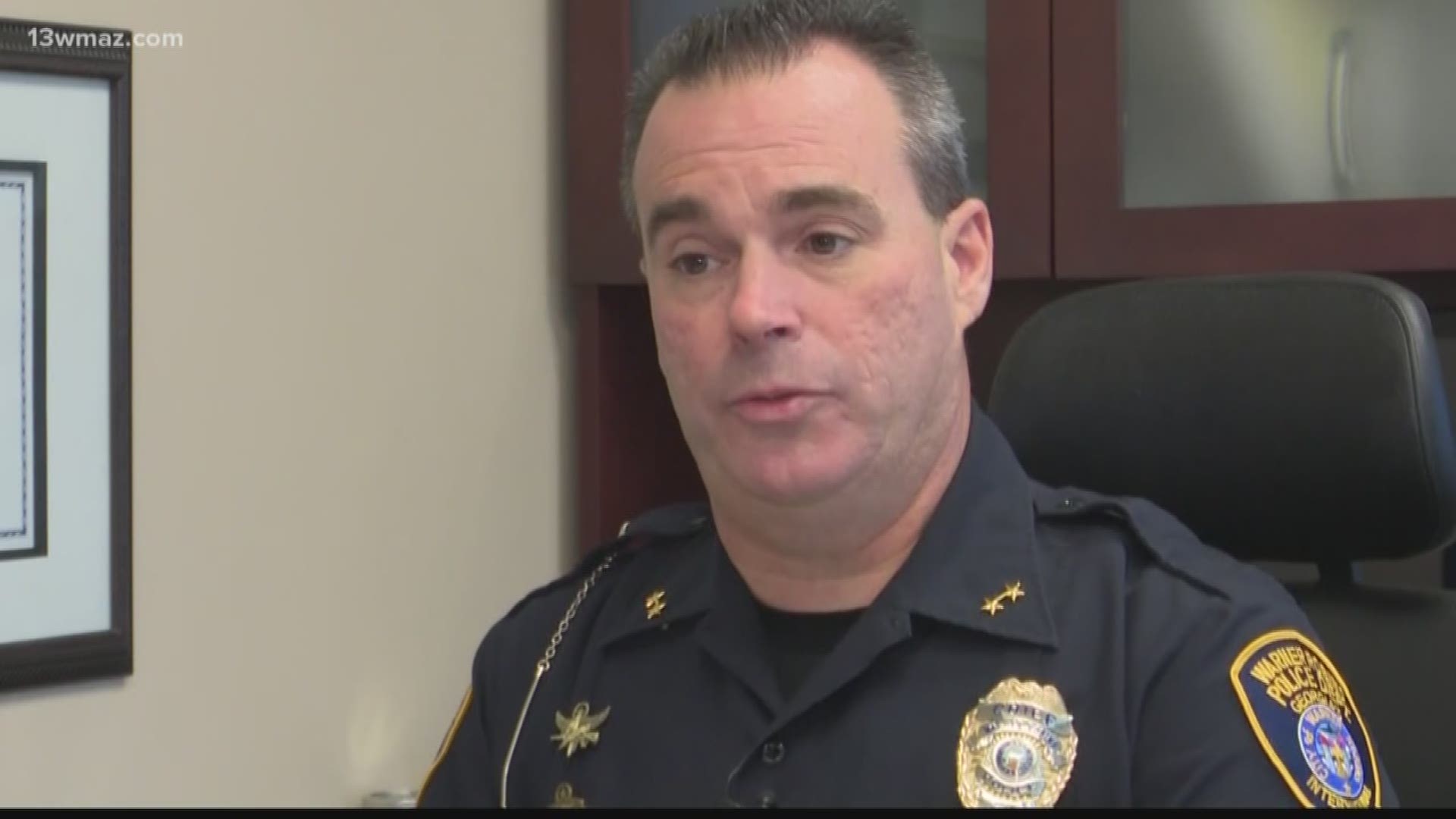 WARNER ROBINS, Ga. — John Wagner has been with the Warner Robins Police Department for 28 years.

Many of them were spent as assistant chief. The last 5 months, as acting chief.

He was officially appointed the department's newest police chief in a ceremony Monday night.

His wife pinned his new badge on his chest while his parents and son looked on.

After the ceremony, he was quick to lay out his goals for the department. His main priority wasn't hard to spot.

"We need to grow," he said. "We got behind when the city grew just exponentially. We've been call-driven for years, and we have to get to a point where we become proactive again."

He's serious about that. When we talked to him again two days later, Wagner doubled down.

According to him, the department is currently budgeted for about 120 sworn officers. His target number is a whole lot bigger: 155.

"We're low. We're really low," he said. "We have to start working on those numbers."

He maintains the department will keep its standards high as it expands.

"You do have to be picky about that because you are given so much power," he said. "You are given the power to take away a person's freedom."

He also willingly admits growing the department by more than 30 positions will be a long journey.

His first focus on the road to 155 is tackling the current shortage. He inherited about eight sworn officer vacancies.

Wagner says his goal is to have them filled by July of 2020.

According to him, a newly-passed pay raise for all officers will help him recruit and retrain employees.